Ferrari have cost Charles Leclerc a century of F1 points through decision-making and reliability failures. Max Verstappen has a mighty championship lead heading into next weekend's Belgian GP, but the 2022 season could be oh so different...

In a way, the Hungarian GP perfectly encapsulated Charles Leclerc and Max Verstappen's seasons and a title challenge gone wrong for Ferrari.

Leclerc and Ferrari threw away more points in another wholly avoidable manner, while Verstappen and Red Bull were ever willing to pounce.

Now 80 points behind Verstappen in the title race, Hungary was the latest critical blow to Leclerc's championship ambitions. Given his and his car's performance this season, that deficit is scarcely believable.

What has happened? Who is to blame? Is there a way back? Ahead of F1's return with the Belgian GP next weekend, we take a look...

What was Ferrari's most recent Leclerc 'disaster'?

Leclerc looked nailed on for a morale-boosting and much-needed race victory at the Hungarian GP, having gone from third on the grid to the race lead by the halfway point after a superb overtake on George Russell. While Verstappen - after starting 10th - was on the charge further back, Leclerc soon raced into a comfortable five-second lead and Ferrari held all the cards.

The race, however, turned on its head via strategy - with Red Bull seemingly spooking Ferrari into a mistake. 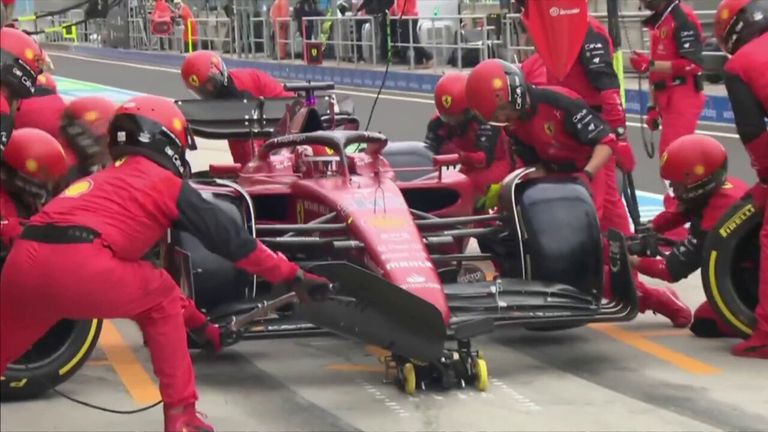 Verstappen, having used the soft and medium tyres so far, pitted with 32 laps remaining for more mediums, with Red Bull seemingly trying to undercut Russell and Leclerc's team-mate Carlos Sainz.

Rather than respond with a pit stop of their own with Sainz - whose tyres were older than Leclerc's - Ferrari decided to pit the race leader. To make the decision more bizarre, as Leclerc had only used the medium tyres so far and the softs would not have lasted until the end of the race, the ill-recommended hard compounds were fitted.

Leclerc's pace immediately proved why teams were reluctant to use the hards. Leclerc was a sitting duck to Verstappen, who passed him twice - before and after a spin - to effectively assume the lead.

So unhappy with his tyres, Leclerc would then pit again from second which dropped him all the way back to sixth, where he would finish.

"The last part of the race was a disaster for me," Leclerc told Sky Sports F1 afterwards. "That's where I lost the race." How did Ferrari explain it?

Ferrari have largely been trying to divert attention by insisting their car was not quick enough to win the race regardless, but were pressed to explain the decisions that led to their fastest driver finishing sixth.

Mattia Binotto said while Ferrari were aware of other cars struggling on the hard tyres, the team had their own calculations that after 11 laps the hards would actually be the fastest compound. 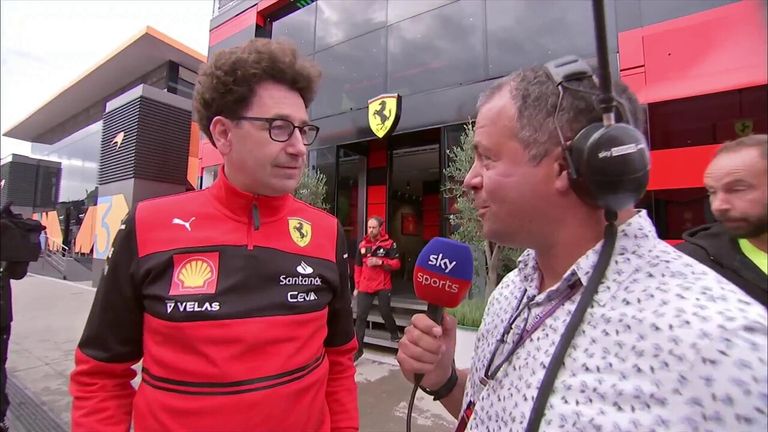 So in a perfect scenario, Ferrari were covering off Verstappen's stop, and Leclerc should have been fast enough to defend from the Dutchman.

But in reality, nobody - including Leclerc himself - was at all shocked to see the hard tyres fail to work.

"I think that's because the car wasn't working as we were expecting," said Binotto afterwards, again trying to focus on the car issues rather than the strategy.

But he added he had full faith in his team.

"What happened, it will take at least a few hours, a few days to analyse."

How many points have they lost Leclerc this season?

Spanish GP: Leclerc was comfortably leading from pole before a Ferrari engine failure.
Lost points: -25. Leclerc looked certain to win this race, and ended up with nothing.

Monaco GP: Leclerc was leading a Ferrari one-two before the team reacted too late to the changing weather conditions, with Sergio Perez undercutting him. Leclerc would then have a slow double stack pit-stop behind Sainz, and finish fourth.
Lost points: -13. Without being outsmarted by Red Bull's strategy, a race win was absolutely there for Ferrari.

Azerbaijan GP: Leclerc had the lead, again from pole, before his engine blew on Lap 20.
Lost points: -25. Leclerc would have had to have make a one-stop strategy work but he had the pace to win.

Canadian GP: Leclerc had to take an engine penalty due to the previous failures and start at the back of the grid, though he still came back to finish fifth.
Lost points: -15. Verstappen would win, but only just ahead of Sainz. As Leclerc has had the edge over Sainz all season, it's not foolish to suggest that Leclerc could have won this race without his engine penalties.

British GP: Again, Leclerc was leading before a Safety Car, which led to pit stops up and down the field for fresh tyres. But Ferrari - while pitting Sainz for the faster softs - kept Leclerc out on 14-lap-old hard tyres, leaving him defenceless to those behind him.
Lost points: -13. Leclerc finished fourth but if stopping for softs, he would surely have won. Ferrari said they were nervous of others staying out and taking the lead, but Leclerc would have had the pace to overtake.

How many points has Leclerc lost himself?

It must be said that Leclerc's title bid going off the rails has not all been Ferrari's fault. Indeed, after his crash at the French GP last week Leclerc said it was he who should be blamed if he does not win the 2022 crown.

At the Emilia Romagna GP, Leclerc was running third and chasing down Sergio Perez before he took too much speed into the chicane and spun off. This dropped him back to sixth, costing him seven points.

Then came France, when another win slipped through Leclerc's fingers. Leclerc was firmly in control before he made his worst unforced error of the season, spinning off into the barriers and out of the race. We will put that down as another 25 points lost.

So, yes, if Leclerc loses the title by 32 points or fewer, he can be rightly critical of himself.

But his errors pale in comparison to his team's.

Is there any way back for Leclerc in the title race?

On pure pace, absolutely. Ferrari have had the quickest car so far this season, with more poles than Red Bull and, as evidenced above, they should have more victories too.

But 80 points is still a gargantuan lead for Verstappen, who can go into the second half of this season knowing he does not actually have to win a race to defend his title (Verstappen can finish second to Leclerc every round and still triumph).

Ferrari's challenge so far does not exactly inspire confidence for what would surely be F1's biggest title fightback. 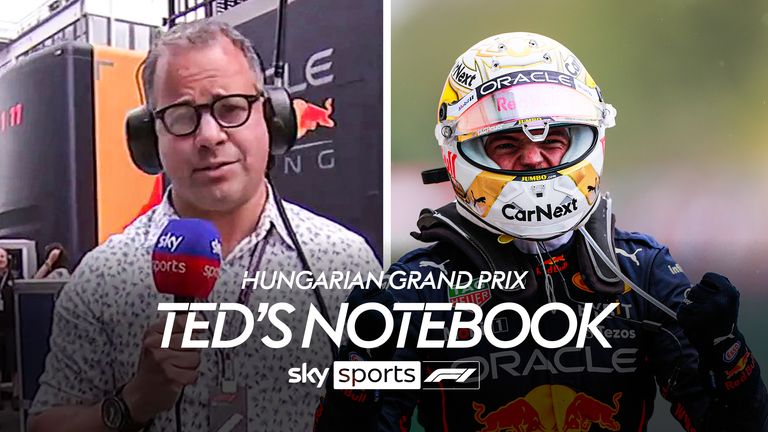 "It is a very healthy lead but there is an awful lot of racing to go," said Red Bull boss Christian Horner.

"Things can go wrong, we had some reliability issues [on Sunday] with the clutch and that could have quite easily been a DNF but thankfully it wasn't.

Formula 1 is back next weekend! The season resumes with the Belgian GP from the iconic Spa-Francorchamps circuit. Watch every session live on Sky Sports F1, with Sunday's race at 2pm.