Mercedes boss Toto Wolff has raised questions about Yuki Tsunoda's bizarre stoppage at the Dutch GP and insists Lewis Hamilton would have had a great chance of beating Max Verstappen without the disruption.

Sunday's engrossing race seemed to be swinging towards a first Hamilton win of the season as he chased down Verstappen on much quicker tyres, with the Red Bull driver needing to pit again.

But that turned on its head when a Virtual Safety Car was called on Lap 48 of 72 for a peculiar Tsunoda stoppage.

Tsunoda, who drives for Red Bull's sister team AlphaTauri, reported tyre issues and appeared set to retire from the race as he stopped and unbuckled his safety belts, before being called back to the pits. After a series of checks - including the refastening of his straps - Tsunoda was again sent on his way only for his team to tell him to stop again after just four corners. The VSC was then called and gave Verstappen an effective free stop to retain his lead - while he later overtook Hamilton after a full Safety Car, with the Mercedes driver eventually finishing fourth.

Red Bull boss Christian Horner insisted it didn't actually play into Verstappen's hands, but Wolff opened the door for the conspiracy theories that have emerged online since the events.

"If we were to fight for a championship, that would be something I would closely look at," admitted the Mercedes team principal when asked if the governing FIA should investigate the incident.

"Now, I think what needs to be investigated for the safety of drivers and everybody out there.

"The driver stopped, unbuckled, did a full lap, came in, the problem wasn't solved, they put the seatbelts back on and he drove out and stopped the car again.

"That probably has changed the outcome of the race that we maybe could have won."

Wolff said that without the VSC, Verstappen would have left the pits trailing Hamilton by as much as eight seconds.

"I think we would have had a fair shot at the win," he added. "The race planner said the win was on. It was very close, but it was on." Tsunoda's issue has been confirmed to be a broken differential, while he also picked up a reprimand - giving him a 10-place grid penalty for this weekend's Italian GP - for driving with loose safety belts.

Providing his version of events, Japanese driver Tsunoda, 22, said: "I thought there was an issue and a problem with the left-rear tyre, so I got told by my engineer to stop.

Asked what the failure was, Tsunoda replied: "I don't know." 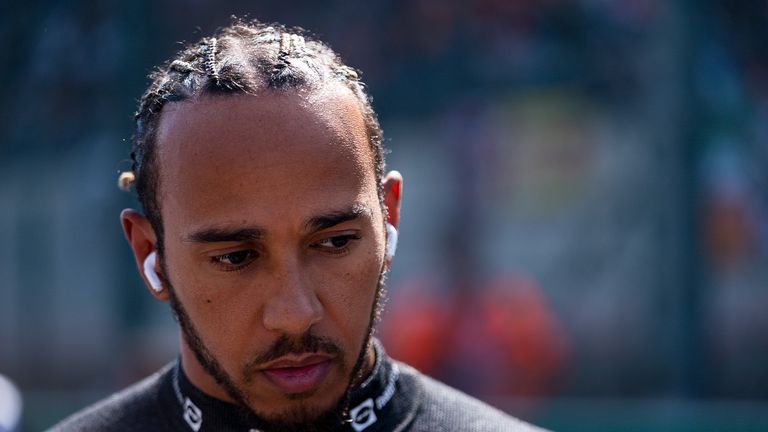 'You can't orchestrate that': Delving into the Tsunoda DNF

"You can't orchestrate that," he said.

The radio messages back up that belief that this could not have been manipulated.

Tsunoda repeatedly said on Lap 45 that his "tyres are not fitted", leading to AlphaTauri to tell him to "stop on a track in a safe place". 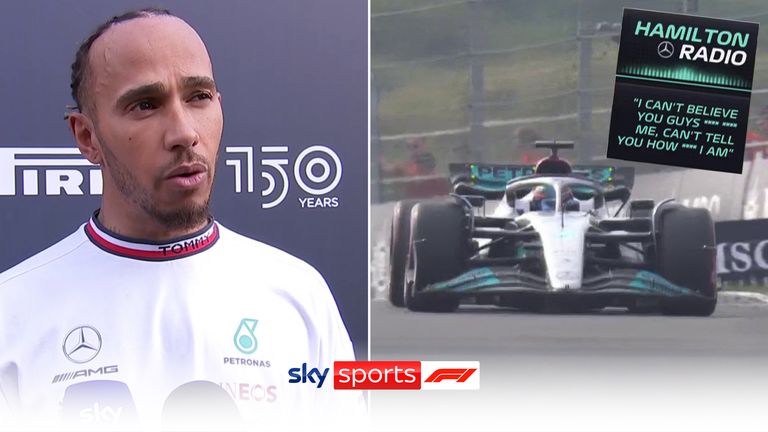 Thirty seconds later they told him his "tyres are OK, start again" and said "we box, we fit another tyre and we go out" - making it clear they were always planning to send Tsunoda back out and hoped a tyre change would help.

Immediately in the pit exit, Tsunoda said: "Something wrong, something strange in the rear. This is broken, I think."

AlphaTauri then responded: "Stop stop, stop in a safe place."

The failure was later diagnosed as a broken differential, which is rarely seen in F1 races.

"The FIA have got all the information, all the team radio," added Di Resta. "Yuki's out there doing his own thing and AlphaTauri are their own team.

"And I don't think the race was ultimately lost there [for Hamilton]."

Following the online reaction to the incident, Alpha Tauri have called out the "hateful behaviour" directed at their team and Red Bull Racing's Head of Strategy, Hannah Schmitz.

In a statement released on social media, the team said: "It is incredibly disheartening to read some of the language and comments directed at our team and towards red Bull Racing's Head of Strategy, Hannah Schmitz.

"Such hateful behaviour cannot be tolerated, and to entertain accusations of foul play is unacceptable, untrue and completely disrespectful towards both Hannah and us.

"We have always competed independently, fairly and with the highest levels of respect and sportsmanship.

"Yuki had a failure that the team didn't immediately detect which caused him to stop on track.

"To suggest anything different is insulting and categorically incorrect."

Sky Sports remains committed to the 'Hate Won't Win' campaign and is dedicated to making social media platforms a place for comment and debate that is free of abuse, hate and profanity.