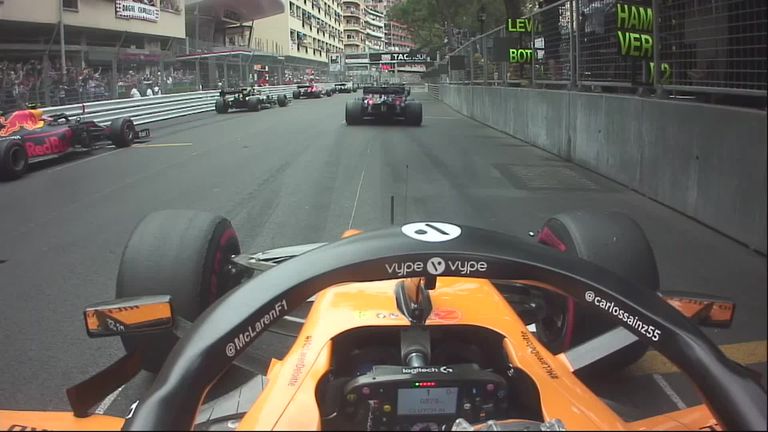 Carlos Sainz proved that one of Formula 1's oldest adages is not necessarily true during his starring drive last Sunday and that you can overtake at the Monaco GP.

F1's most prestigious circuit is famed for many things, but overtaking is not one of them, with Monaco's twisty street layout the narrowest of the whole calendar.

But Sainz proved that passing is not impossible after all as he overtook BOTH Toro Rossos on the opening lap through Massenet and into Casino Square as he made immediate progress from ninth on the grid.

After that audacious start, the Spaniard finished a season-best sixth to increase McLaren's advantage over their midfield rivals in the fight for fourth place in the Constructors'' Championship.

"It's my third consecutive points finish with the team and the season looks to just be getting better and better. I cannot wait to be racing in Canada," said Sainz.