By Matt Morlidge at Monza and James Galloway

Charles Leclerc's drive to win the Italian GP was hailed as "extraordinary" by Sky F1's Martin Brundle, and one of a future champion by Nico Rosberg, after he held off both Mercedes, to the delight of the raucous Ferrari fans at Monza.

Leclerc claimed victory from pole but was under a constant threat from the Mercedes, first seeing off Lewis Hamilton after several enthralling wheel-to-wheel battles - with the championship leader forced off the track at one stage - before then staying ahead of Valtteri Bottas in the closing stages.

It was Ferrari's first victory at their home Grand Prix since Fernando Alonso in 2010.

"I'm really pleased I witnessed that drive first hand," said Brundle. "It was an extraordinary drive. The most intense pressure, he kept it all together."

Leclerc himself told Sky F1: "Hearing all these cheers - and on the podium it was absolutely unbelievable. It's the first time in my career I actually look at the grandstand while driving, which is normally not so good but I just had no choice. They were just jumping and cheering all race long, it was amazing to see. Just to win here feels very, very special. 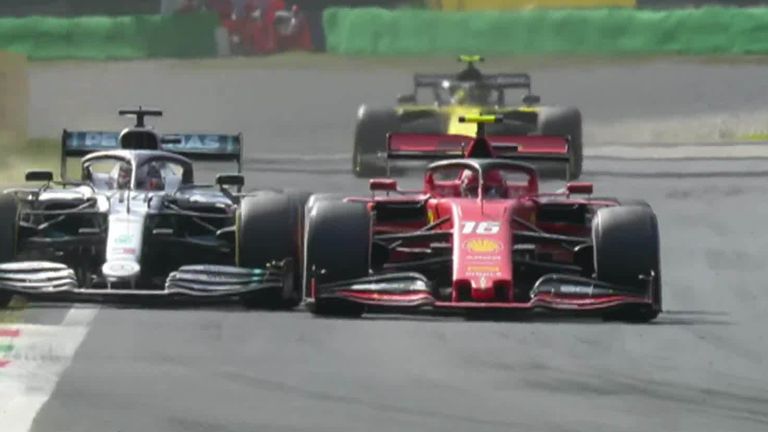 Nico Rosberg, the 2016 world champion and long-time rival to Hamilton, said: "An unbelievable drive. I know how he felt in that car because I had Lewis in my gearbox like that I don't know how many times. The pressure Lewis puts on when he's there, you can't make the smallest of mistakes.

"Leclerc made one small mistake but he saved it beautifully, protected it and it was perfect."

Rosberg added: "Today is the sort of drive where he showed he can, and probably will, be a Ferrari world champion in the next couple of years as soon as the car allows him to do it." 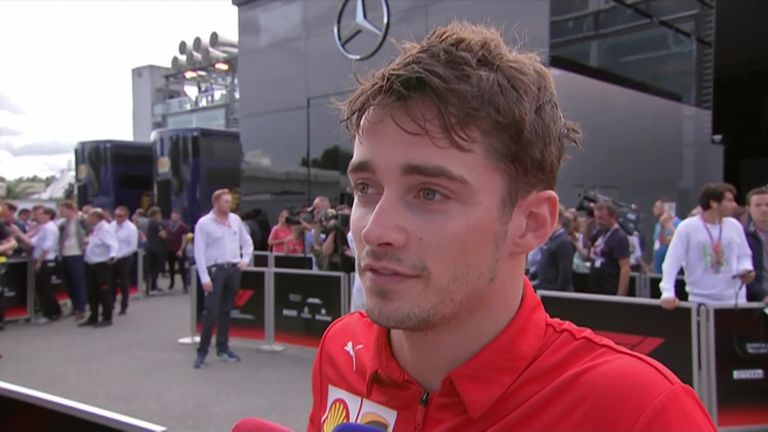 Leclerc withstands all the pressure
Leclerc, 21, was handed a black-and-white flag, the F1 equivalent of a final warning, after his tussle with Hamilton, with the Mercedes driver arguing he was given no room when trying to overtake.

"He was a lone ranger out there with both Mercedes coming at him," added Brundle. "He was pushing his luck on driving standards, but 'pushing his luck' is fine and he got away with all of that. He brought it home - he had to get his elbows out or he wasn't going to get the victory."

Brundle added of the now back-to-back race winner: "He is driving in the most beautiful manner."

"He feels the pressure as a boost and certainly he is driving very well," said Binotto. "After the summer break he is driving fantastically and we can see how he defended the positions today." 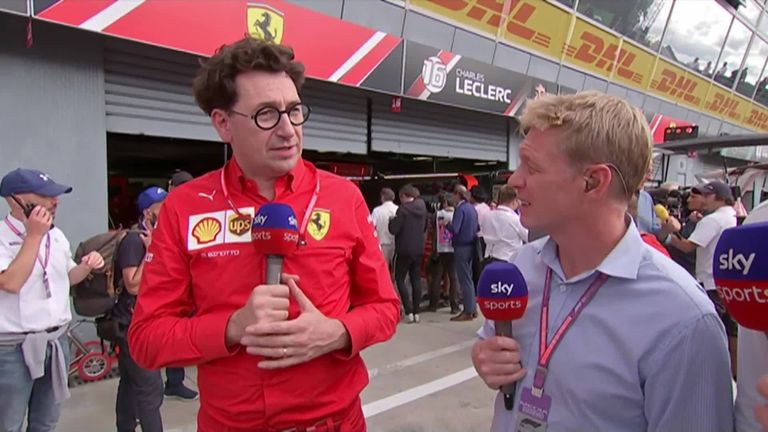 After several victory near-misses in the first half of the season, most notably in Bahrain when his car failed and then Austria when Max Verstappen overtook him on the final lap, Leclerc has now won on successive race weekends.

Paul Di Resta said: "You learn how to deal with pressure. Today he had the car he could do it, in Austria he struggled a little bit more.

"But the big thing for me is that how normal a character he is. I did an interview with him on Thursday and at the end of the interview he thanked me to say 'I was happy with how that went'.

"He just seemed so up for what he had to do this weekend."