Ferrari star Leclerc wins on Virtual GP debut as Russell also makes podium for Williams; Watch the best bits from the race below 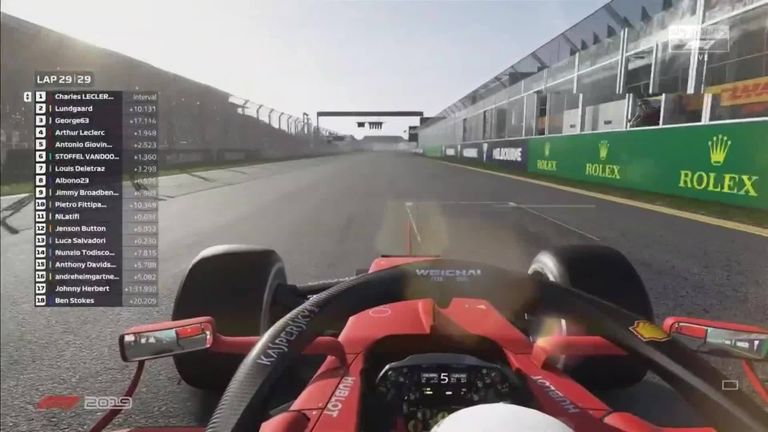 Charles Leclerc proved that Formula 1 speed was more than effective in the world of Esports on Sunday as the Ferrari driver dominated a star-studded grid to win the sport's second Virtual GP.

In a field which included Alex Albon, Jenson Button and cricketer Ben Stokes, Leclerc, a two-time F1 race-winner, outclassed them all as he shone in his online debut by converting his pole start into a comfortable victory around Melbourne's Albert Park circuit.

"It was unbelievably hard. I'm sitting in a chair at home but I'm sweating like crazy!" said Leclerc. "We always knew the driver who made the least mistakes would win as we're all very close on pace.

"It's obviously a very tough moment for everyone staying at home but we tried our best to entertain."

The race was less chaotic than the virtual series' Bahrain debut, but still provided plenty of entertainment and wheel-to-wheel battles - while all five of the F1 drivers that took part in the race, minus Lando Norris who had technical difficulties, finished in the top-10 despite their lack of sim-racing experience.

The race took place 'in' Australia as Vietnam's Hanoi track - which was due to host an F1 race this weekend - isn't on the F1 2019 video game.

Although Renault's Christian Lundgaard - an F3 driver - was Leclerc's closest challenger, George Russell was third for Williams, Alfa Romeo's Antonio Giovinazzi was fifth, Alex Albon was eighth in the Red Bull, and Nicholas Latifi rounded off the top-10 following a spirited fight from Button.

Leclerc cruises away from Russell off the line 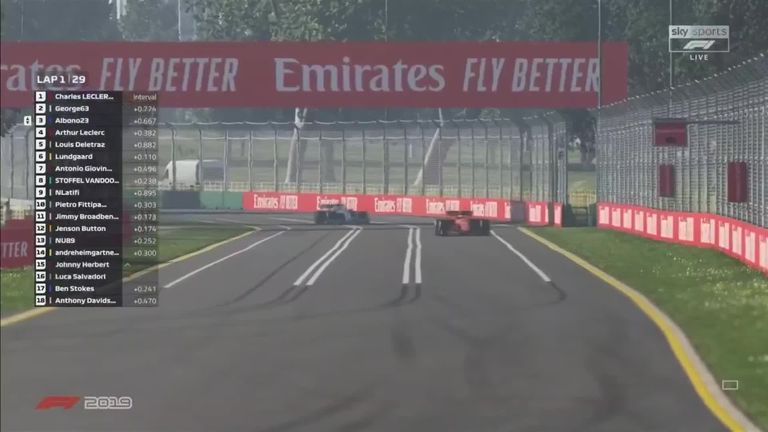 Albon goes for a big spin in the Red Bull! 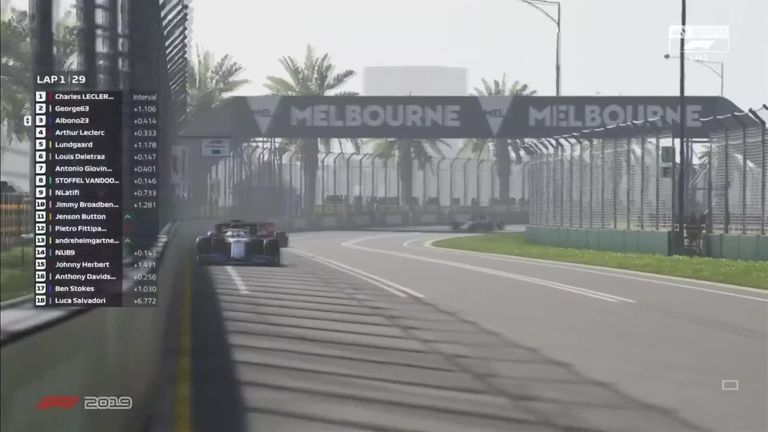 Ben Stokes isn't used to bowling spin, but went for one in the race... 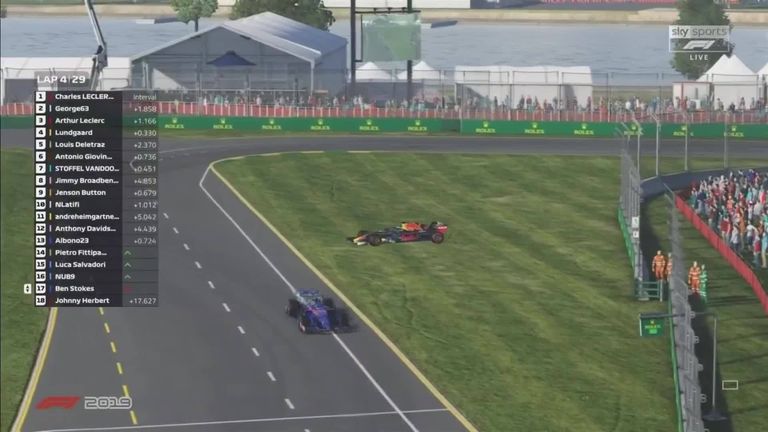 Cricketing great Ben Stokes swapped his bat for an F1 simulator, going head to head with stars of the motorsport world, but took an early spin in the Virtual GP. 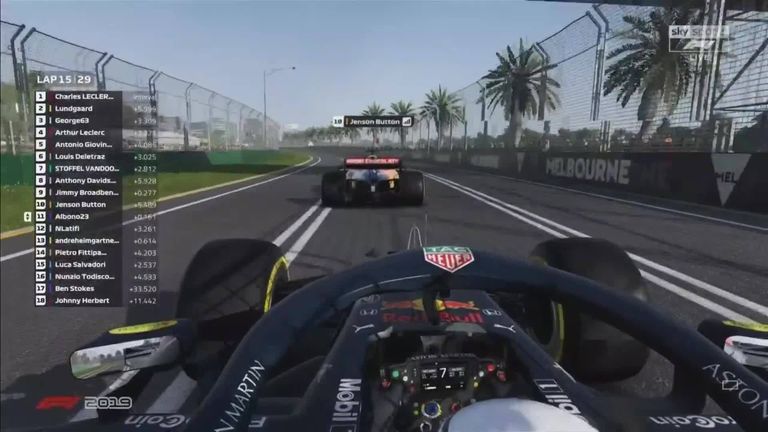 Leclerc on winning F1 bragging rights on debut, shouting next to his girlfriend, and more! 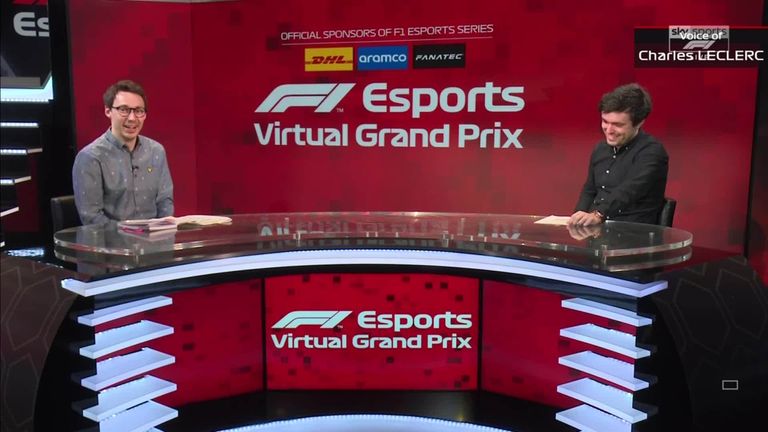 After victory in the Vietnam Virtual GP, Ferrari's Charles Leclerc was happy to have also won the bragging rights over his fellow F1 drivers.

How the Sky F1 team got on - and other stars

Button, the 2009 world champion, was the top performer from the Sky F1 team as he fought bravely against the likes of Albon and Latifi during his first taste of F1 Esports.

Anthony Davidson and Johnny Herbert didn't fare quite as well - with Ant crashing in qualifying before finishing 15th in the race, and Johnny 17th after battling with England cricketer Stokes.

Stokes, the true novice in the field, was only four seconds off the pace in qualifying and started the race well, before a spin onto the grass early on.

The other star performers from the event included Charles' younger brother Arthur Leclerc, who was fourth, and Mercedes' Stoffel Vandoorne - formerly of the F1 grid with McLaren.