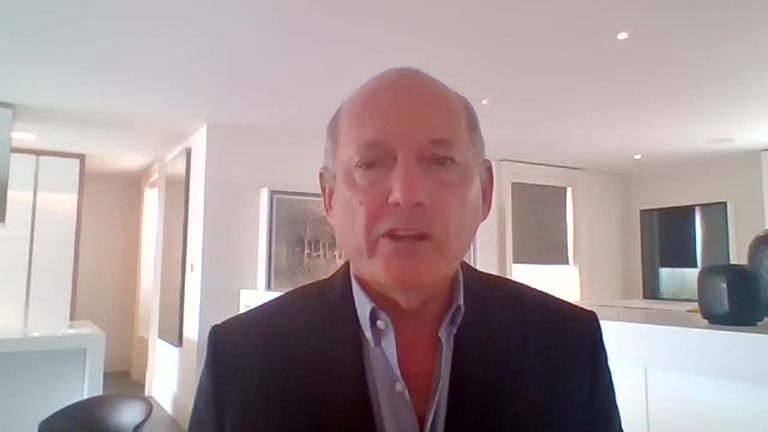 Dennis and several major companies, including Tesco and delivery firm Yodel, have joined forces to launch SalutetheNHS to serve the free nutritious meals to critical NHS staff over the next three months.

Speaking in an interview with Sky Sports News' Craig Slater, Dennis said the idea came out of conversations with his daughter Charlotte, who is an ICU anaesthetist, on a family Zoom chat.

With a "war chest approaching £2m", Dennis said: "It's a big problem and it needed a big solution.

"What are we focussed on the absolute epicentre of the problem," Dennis told SSN.

"Which is the anaesthetists, the intensive careists and the A&E departments of the hospital. They are the epicentre because they are not allowed to leave their clinical areas.

"They are sort of constrained or confined within that section of the hospital that is dedicated to that resource.

"They can't cross contaminate, they certainly can't go into the restaurant areas and they are the real intense frontline.

"They put in 12-hour shifts, they then have travel time and handover time so their day is minimum 13 hours."

The meals will comprise of a series of 'Boost Packs' for workers to either eat during their shift or to take home at the end of a long day. Home Packs, meanwhile, will be delivered to front-line staff who are infected and self-isolating at home.

Dennis: People must live with their consciences

The responses by sports to the fast-moving coronavirus crisis across the board continue to be debated, with different measures being introduced.

Drivers at three F1 teams have already taken pay cuts as part of wider measures and asked if he expected more drivers would have to do likewise, Dennis replied: "Well, firstly, on the first of June 2017, I sold all of my shareholdings in all of my companies and changed direction. My world is now philanthropic, I'm doing different things for different reasons. And I won't criticise anybody. 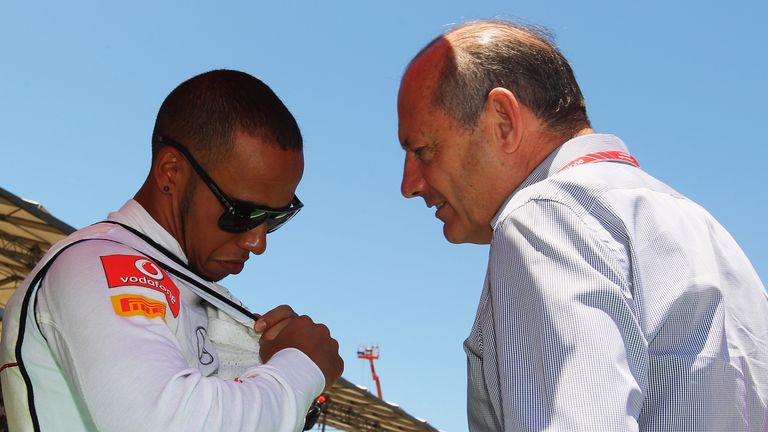 Dennis on Hamilton: He will never forget

On a separate topic, the 72-year-old was asked about the driver whose career he became most synonymous with - Lewis Hamilton.

Hamilton was associated with McLaren from the age of 13 to 27 before leaving for Mercedes and, in the wake of clinching his sixth world title in Austin last November, the Briton thanked Dennis for believing in him as a youngster.

"I got a text from Ron and I just want to send my love, and thank you for spotting me when I was 10 years old and believing in me," said Hamilton to Sky Sports F1. "Without Ron noticing me at the beginning, I probably wouldn't even be here."

Asked about his former protégé's message, Dennis said: "Lewis has matured over the years - it's inevitable because it comes with age - but what I like about him is he doesn't forget.

"Our relationship was very much positioned as surrogate father and son - and I don't think Anthony would have ever been uncomfortable with that - so it was just a time it was right to come of age.

"He has shown to the world that the expertise and commitment and the necessity to sacrifice, he demonstrates that so well. That's a sort of legacy of my guidance and support for him in the early parts of his career.

A smiling Dennis added: "I'm not a big fan of tattoos - but whatever the outcome [of his championship numbers] I'm sure he will never forget."