The FIA president discusses F1's plans to start in Austria under strict safety conditions, the latest on talks to reduce the sport's new budget cap, and why anyone who takes on Sebastian Vettel will be "very lucky" 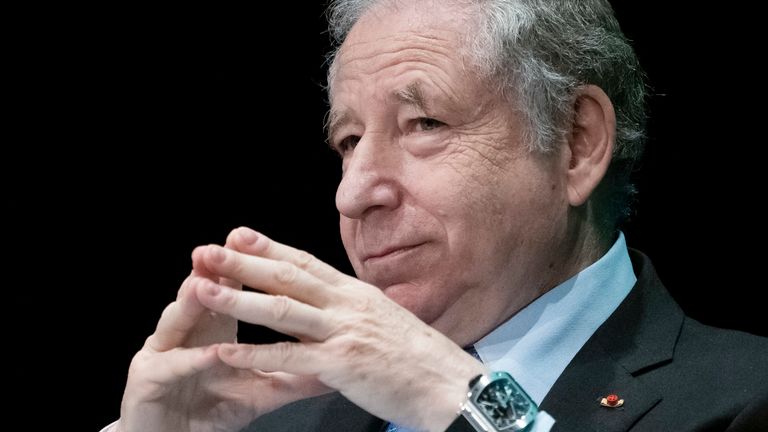 Formula 1's governing body has learned from the season's aborted opening event, so that Austria, unlike Australia, would go ahead even amid positive COVID-19 tests.

FIA president Jean Todt and the medical commission chairman Gerard Saillant believe they can avoid a repeat of what they considered "unpredictable" circumstances that caused Melbourne's cancellation in March.

"I think it is very unfair to attach blame to what happened in Australia," Todt told Sky Sports in an exclusive and wide-ranging interview.

"Things were moving so quickly. You know that 24 hours before the start of free practice there was no reason not to do the event. The government was in favour of hosting the event and the organisers were also in favour; the promoter, the local motorsport federation, everybody was [in favour].

"Then, slowly, one event behind another one meant that it [opinion] became divided. So from no problem, to some problems which became bigger and bigger and a few minutes before the start of free practice it was simply not possibly any more.

"All those who, 24 hours before, were completely in favour, changed their minds because of the acceleration of what was happening."

Todt continues: "It happened in other parts of the world, in other events. One week after Australia, we were running the WRC Mexico Rally and then on Saturday, during the event, due to emotional pressure we decided to stop the rally early. The day after, in France, were the mayoral elections. On Sunday there were the elections. On Monday all was stopped.

"That's why I said It would be unfair to criticise [what happened in] Australia. It was just unpredictable.

"We want to make sure that arriving to the first event on the 2020 calendar, we don't face another unpredictable situation and we have experts working on that."

F1 plans to create a COVID-free "biosphere" at events, with mandatory tests before departure, charter flights for all attendees and the avoidance of contact between teams once at the circuit.

Yet if risk of infection can be reduced it can hardly be eliminated. A single positive test, from in excess of 20 conducted, was enough to stop the season opener.

Has Professor Saillant drawn red lines, beyond which, continuing would be out of the question?

"I think the situation is quite different between Melbourne and Austria now," said Saillant. "The knowledge of the virus is quite different. It is possible to prevent and to anticipate a lot of things. If we have one positive case, or maybe even 10, it is possible to manage perfectly with a special pathway for the positive case. Medically speaking, it is not a problem and whether it is a marshal or Hamilton, it is the same, medically speaking.

"But in terms of the sporting or media consequence it is quite different. We have to try to anticipate that, to know where the red line is, beyond which, it is impossible to continue. But I think it is not a problem for us now."

Todt on the budget cap

Bandaging F1s wounded finances is amongst the FIA's other short-term priorities. The incoming budget cap has provoked a more combative debate than the protocols around COVID-19. Yet the economic challenges posed by the crisis appear to have rendered this week's delayed vote on its adoption little more than a formality.

Todt reacted sharply to the notion Ferrari, who voiced concerns, might wield their fabled veto. "Don't be provocative or negative," Todt said. "I don't have any fears on that. I hope that everybody will have the good sense of responsibility in the present situation to help us to achieve what is needed for the best of Formula 1, the competitors, the promoters and the governing body, the fan.

"What we are going to present for the future is going in the right direction," said Todt. "Clearly, we are going through an unprecedented economic situation and that it is why there is an opportunity to take a direction we would not have taken.

"I really hope that everybody will be able to stay on board and in that sense the purpose of the new global regulations is to give as much chance for all the competitors to remain in the sport in the future.

"It will be the post-Covid-19 situation, where it will have hurt and damaged a lot of manufacturers, competitors, private teams sporting federations, sponsors and media so we will need to see how we can all work together to be as supportive as possible towards each other. That will be the next step."

Todt rejected the potential of exceeding his term of office, like an F1 Roosevelt, to see his 'New Deal' through amid potential economic meltdown.

He is scheduled to retire as president in December 2021. 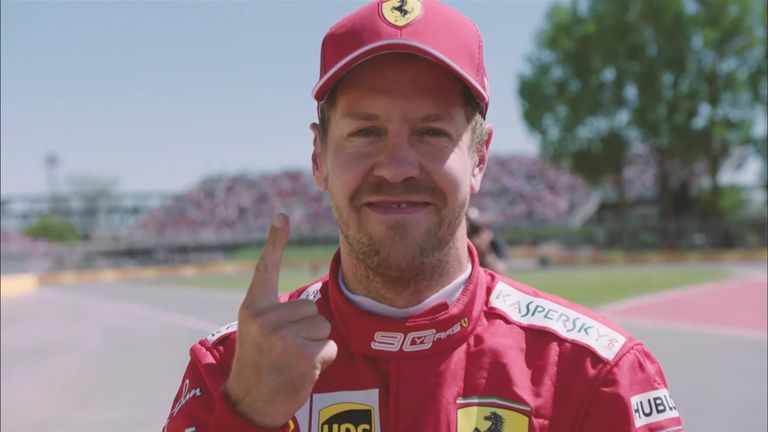 Todt on Vettel: Lots of other opportunities

Will Sebastian Vettel already be a year into his own retirement by then?

Todt bristled. "Again I correct you. Be more positive. Sebastian Vettel is one of the greatest talents in motorsport. An announcement has been made that he will not drive for the team beyond 2020.

"There are a lot of other opportunities. We can only wish him the best and I mean that. Whoever will take him will be very lucky."

The Frenchman added: "Maybe he will be a good president of the FIA in the future. You never know."

Vettel suggested a lack of "harmony" between himself and Ferrari explained their parting ways. He is likely now to leave the team without emulating his hero Michael Schumacher - whose successes came under Todt's leadership

"The results, good or bad, you can explain." said Todt, when asked to compare Vettel's Ferrari time with Schumacher's.

"Together with Michael, the whole team at Ferrari, we had so much success because we had a very united, strong team who were supportive of each other - mainly in the difficult times - rather than in the good times. It is easy to be together when all is good. You see a good sailor in a rough sea, so when we were in the rough sea we were all on the boat. I am talking about boats but we are talking about cars, of course."

Todt is at the helm, as world motorsport enters unchartered waters.

Can he foresee stability and calm after the storm? Will this season provide a championship to remember despite all the challenges?

Given the reforms afoot and live sport beginning to make its return, is there reason for optimism at last?

He said: "Ah finally you are positive! It takes you time to warm up. I'm very much looking forward to the start of the season. The priority is to assure that everybody is safe. Health and safety is the priority above all. Then, I am very happy to answer to our question mid-December 2020."