Formula 1 will revisit attempts to introduce some reverse-grid races in place of qualifying next season after the success of the unpredictable Italian GP.

Pierre Gasly's totally-unexpected victory from 10th on the grid at the head of a surprise top three, and Lewis Hamilton's late charge through the field from last place after a penalty, underlined what could be possible under such a short Saturday format according to Ross Brawn, F1's managing director of motorsport.

Several rounds of discussions between F1, the FIA and teams over reserve-grid qualifying races have been held over recent years, including during the lockdown period when the 2020 season was delayed and plans for unprecedented back-to-back events at Austria and Silverstone were being finalised.

Mercedes have opposed the plans in the past amid long-standing reasoning, believing "gimmicks" are not what the sport should be focusing on to improve the racing, while flagging other potential flaws in the reverse-grid strategy.

The suggestions have never garnered sufficient support to pass through but it is understood that the new governance terms of the new Concorde Agreement which begins in 2021, which all 10 teams signed last month, would require a 'super majority' for a change to happen rather than unanimity, as has been the case up to now. 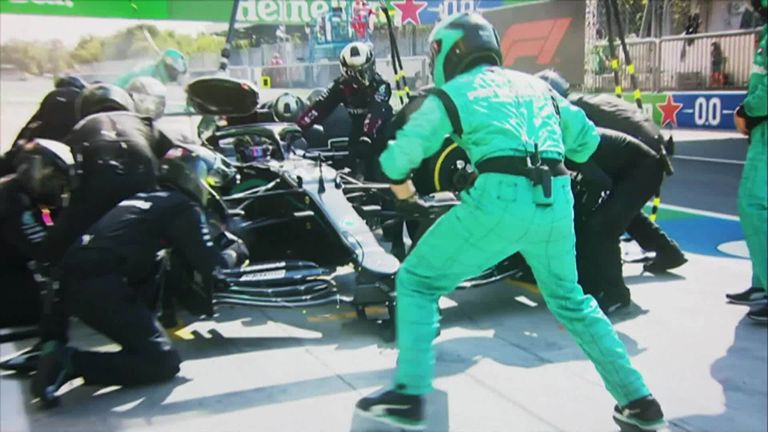 Talks are expected to restart in the forthcoming weeks.

Writing in his post-race column for F1's website, Brawn said: "Monza was a candidate for a reverse grid sprint race when we were considering testing the format this year.

"Unfortunately, we could not move forward with it, but the concept is still something we and the FIA want to work through in the coming months and discuss with the teams for next year.

"We believe that [Sunday's] race showed the excitement a mixed-up pack can deliver and with next year's cars remaining the same as this year - our fans could be treated to the similar drama we saw this weekend at Monza."

At tracks where overtaking would be considered more straightforward, F1 had planned for certain events to see the usual three-part knockout qualifying system replaced by a short sprint race in which championship order is reversed.

The result of that race would then set the grid for the main Grand Prix on the Sunday.

F1's current knockout qualifying format has been in place in 2006, with various systems featuring the battle for the fastest time to set the grid used in the years before then.