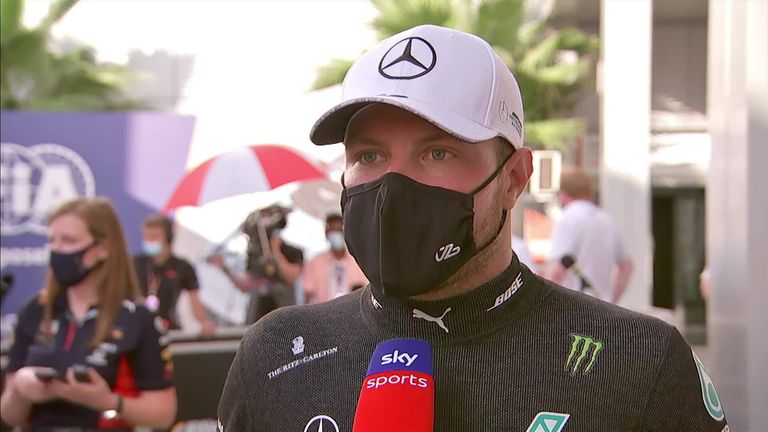 Valtteri Bottas felt he earned his good fortune after profiting from team-mate Lewis Hamilton's penalties to win for the first time in nine races at the Russian GP.

And the Finn again delivered a blunt message to his critics.

In a repeat of the radio riposte he first gave when winning the first race of last season after a barren campaign the year before, Bottas said over the radio on his slowing-down lap in Sochi: "For my critics... to whom it may concern, **** you".

Speaking to Sky Sports F1 after victory, the Finn said: "It always just comes from inside. A bit of a build up of, not frustration, but a few disappointing races.

"Obviously giving everything every single weekend and being this close to win, now finally got it and finally things went my way as well. I consider myself a bit lucky today as well. I take it, I feel I've earned it." 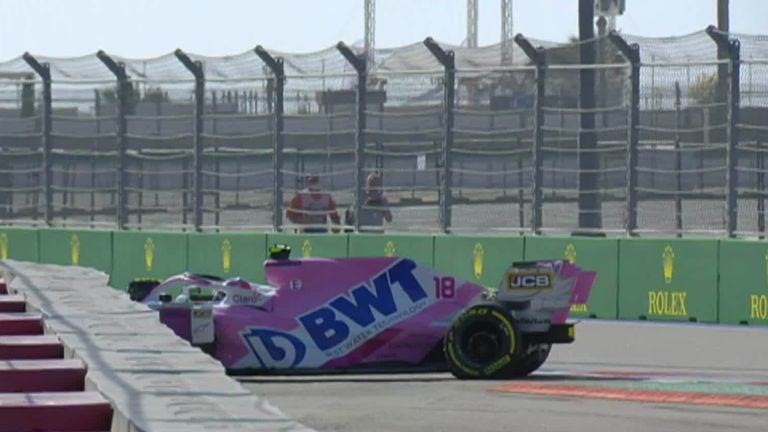 Overtaking Red Bull's Max Verstappen at the start to run second to Hamilton, Bottas then inherited a lead he never ceded when the sister Mercedes headed for the pit lane to serve a 10-second penalty and make its first tyre change.

"The race pace was really good so that's why a bit of a burst to the critics and the people who tell me I should give up and so on," added Bottas. "That gives me so much energy and power."

Since winning the season-opener in Austria at the start of March, Bottas had only beaten Hamilton once in qualifying and once in a race heading into Sunday's race to fall a long way adrift in the championship battle.

But prior to Saturday, Bottas had qualified within a tenth of pole at three of the previous four events.

"Yesterday was definitely tough and there were still many question marks to understand how the gap was created," said Bottas, who was half a second adrift of Hamilton in Q3.

"But I always knew coming into today that based on practiced long runs my pace was really good and I knew that from third and starting with a different race tyre to Lewis, and probably a better race tyre, there is going to be opportunities.

"Already last night I knew that it was going to be good fun and a good chance."

With Hamilton finishing third, Bottas has cut his team-mate's title lead to 44 points with seven races to go.

Although a championship turnaround for a driver who is yet to win two F1 races in succession remains unlikely, the Finn nonetheless said: "Now I really hope I can carry this momentum now. It was a strong race for me, everything was under control, and you need these results to gain confidence.

"I'm really pleased that I get this win now and it definitely means the championship is not over."

Bottas' performance and return to the top step of the podium was welcomed by his Mercedes boss, Toto Wolff.

"The race win for Valtteri was overdue for a long time. He drove a brilliant race," said Wolff.

"There was no mistake, well-managed in terms of the tyres, and the way he controlled it at the end he cruised to the finish line."