Honda to quit Formula 1 after end of the 2021 season 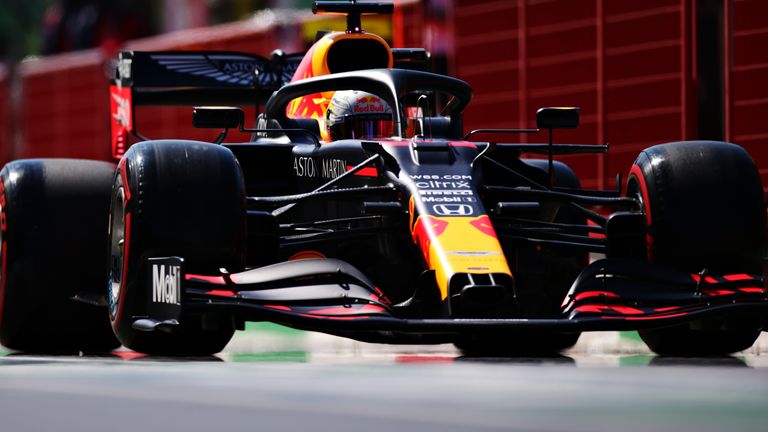 Honda have announced they will withdraw from Formula 1 at the end of the 2021 season.

The Japanese manufacturer provide engines to both Red Bull and AlphaTauri and leaves both teams looking for new suppliers from 2022.

Honda have said they are leaving in order to "strive for the realisation of carbon neutrality by 2050" with research and development into new power unit and energy technologies.

Red Bull, who switched from Renault to Honda power from last year, say they "understand and respect" the Japanese manufacturer's reasons for leaving and that the move does not impact their own commitment to Formula 1 after signing a new deal last month.

But it leaves them short of alternative power-unit suppliers in F1.

"As a team we understand how difficult it has been for Honda Motor Company to reach the decision to step back from Formula One at the end of the 2021 season," said Red Bull team principal Christian Horner.

"The shifting focus within the automotive industry has led to Honda's decision to re-deploy their resources and we understand and respect the reasoning behind this. Their decision presents obvious challenges for us as a team but we have been here before and with our strength in depth we are well prepared and equipped to respond effectively, as we have proven in the past.

"Whilst we are disappointed not to continue our partnership with Honda, we are enormously proud of our joint success, delivering five wins and 15 podiums for both Red Bull owned teams and we thank everyone at Honda for their extraordinary efforts and commitment.

"Our joint focus for the remainder of the 2020 and 2021 seasons are unchanged, to fight for victories and challenge for the championship.

"As a signatory to Formula One's latest Concorde Agreement, Red Bull Racing remains committed to the sport in the long term and we look forward to embarking on a new era of innovation, development and success. As a group, we will now take the time afforded to us to further evaluate and find the most competitive power unit solution for 2022 and beyond."

The announcement will end Honda's latest stint in F1, having returned after a nine-year absence amid high expectations with McLaren in 2015.

But the partnership that dominated F1 in the late 1980s and early 1990s faltered badly, with Honda's initial V6 hybrid-turbo engine proving both unreliable and underpowered.

After McLaren pulled the plug on the programme at the end of 2017, Honda sought sanctuary in the Red Bull programme to rebuild their F1 reputation and initially made progress with what was Toro Rosso.

Both Red Bull and AlphaTauri have won a Grand Prix apiece so far in 2020, with Honda the only engine maker other than Mercedes to win races.

What now for Red Bull?

As it stands, Red Bull's teams only have three alternative power providers to turn to from 2022.

Ferrari, meanwhile, supply Haas and Alfa Romeo in addition to their own team.

With McLaren switching camps, Renault will be the only manufacturer without any external customers on their books and previously supplied Red Bull for 12 seasons - including all four of the latter's double title-winning campaigns in the early 2010s.

However, the Red Bull-Renault relationship became increasingly tense and sour in the hybrid engine era and the Milton Keynes-based team ultimately sought out Honda to try and carve out a championship push to Mercedes.

Red Bull have previously ruled out building their own F1 engine.