Hamilton now holds the record for the most GP wins outright with his 92nd success in Formula 1, one more than Michael Schumacher 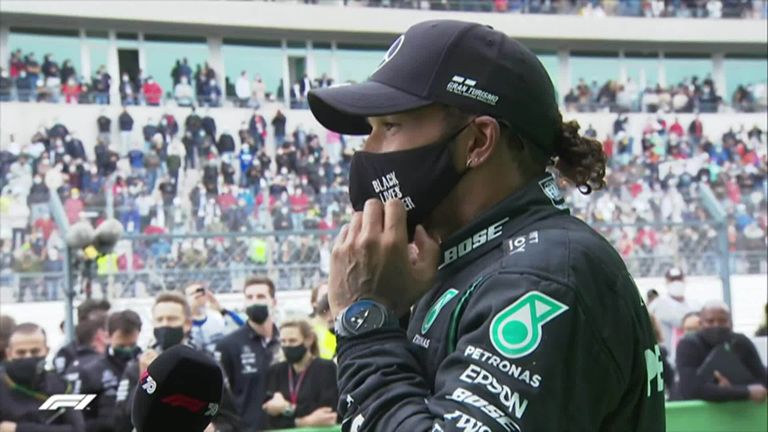 Lewis Hamilton won for a record-breaking 92nd time in Formula 1 to become the driver with the most race wins in history at the Portuguese Grand Prix.

Two weeks after equalling the huge haul of 91 wins set by Michael Schumacher in 2006, Hamilton now holds the prestigious record outright with a victory that moves him potentially just two more races away from drawing level with the German great as a seven-time world champion.

Hamilton leads the Drivers' Championship by 77 points with five races to go and just 130 points left to play for.

"I could never have dreamed of being where I am today," said Hamilton, who shared an embrace with his father Anthony after the race.

"I didn't have a magic ball when I chose to come to this team and partner with great people, but here I am and what I can tell you is I'm trying to make the most of it every single day. It's going to take some time to sink in."

Most race wins in Formula 1 history

Hamilton ultimately won by a dominant 25 seconds from Mercedes team-mate Valtteri Bottas on F1's Portimao debut but was made to work for it in the first 20 laps after dropping from first to third in a dramatic start to the race.

With light rain falling as the race began, Hamilton was first overtaken by Bottas on lap one and then McLaren's Carlos Sainz, who astonishingly then took the lead himself next time around having started from seventh on the grid.

Sainz was soon re-overtaken by Bottas and then Hamilton as F1's normal order was restored, with the latter then claiming the lead back from his team-mate on lap 20 when he overtook the sister Mercedes into Turn One. 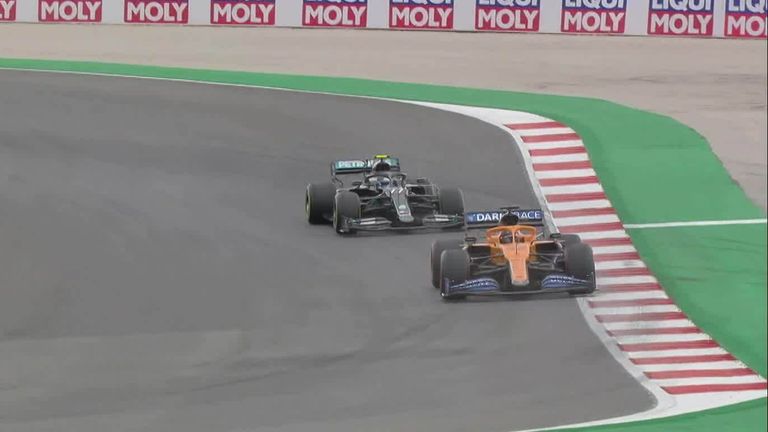 In a dramatic finish in the midfield, AlphaTauri's Pierre Gasly claimed fifth after a late duel with Sergio Perez, who then dropped behind Sainz on the final lap.

But Perez's race was still hugely commendable. The Mexican dropped to the back on lap one after being spun around in a tangle with Verstappen, an incident that cost Perez an unplanned pit stop for repairs.

But the ever-canny Racing Point driver raced strongly from there to claim some crucial points for the team in the tight fight for third in the Constructors' Championship. 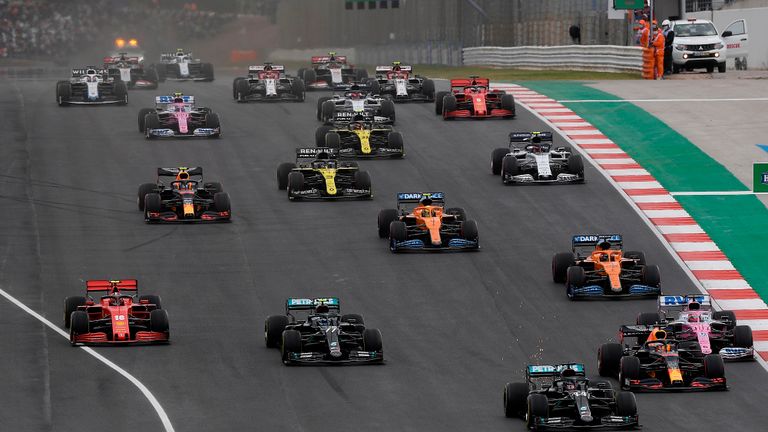 After ending their podium drought last time out in Germany, Renault experienced a more difficult time in Portugal and although they registered another double points finish, Esteban Ocon and Daniel Ricciardo were only eighth and ninth respectively.

Sebastian Vettel scored just his second point in the last six races, but his weekend was still hugely overshadowed by the outstanding Leclerc in the lead Ferrari.

Alex Albon has been another driver who has found the going tough against his team-mate this season and endured a race to forget on Sunday, lapped by Verstappen and finishing a point-less 12th.

The poor result could be particularly untimely for Albon as earlier in the weekend Red Bull boss Christian Horner had admitted the 24-year-old effectively had two races to firm-up his seat at the team for 2021.

F1's maiden weekend at the rollercoaster-like Algarve circuit had already produced several quirks for teams to get their heads around - most notably tyre performance on a track that had been only recently resurfaced.

It had led to Mercedes taking the unusual step of completing their final laps of qualifying on the theoretically slower medium tyres, the compound they also started on for Sunday's race.

But with drops of rain starting to fall around the 4.7km lap, and tyre warm-up proving a problem, the world champions were immediately vulnerable to those behind on the easier-to-warm-up softer rubber. 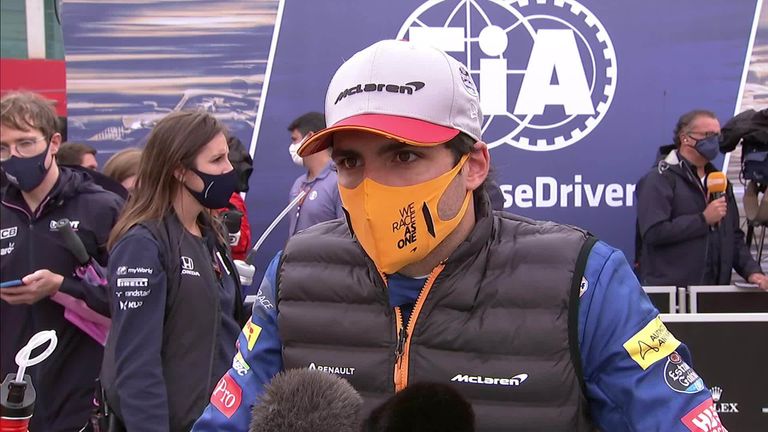 Verstappen was on the softs and he immediately overtook second-placed Bottas off the line but was repassed by the Mercedes and then tangled with Perez through Turn Four, losing the Red Bull crucial early ground.

A small slip from Hamilton let in Bottas for the lead, with the world champion then also quickly overtaken by Sainz. The McLaren then pulled off an unlikely Mercedes double early in lap two when he overtook Bottas at Turn Five.

The McLaren led the race for four laps, but was then overtaken into Turn One on consecutive tours by Bottas and Hamilton.

Bottas initially held a small advantage but Hamilton reeled him in and overtook without fuss into Turn One at the start of lap 20, before steadily pulling away for a 10s lead by their respective sole pot stops.