Sebastian Vettel secured first F1 podium in over a year at Turkish GP after overtaking Charles Leclerc on final lap; Leclerc passed Sergio Perez but then made a mistake at the next corner; "I see myself in him," says Vettel 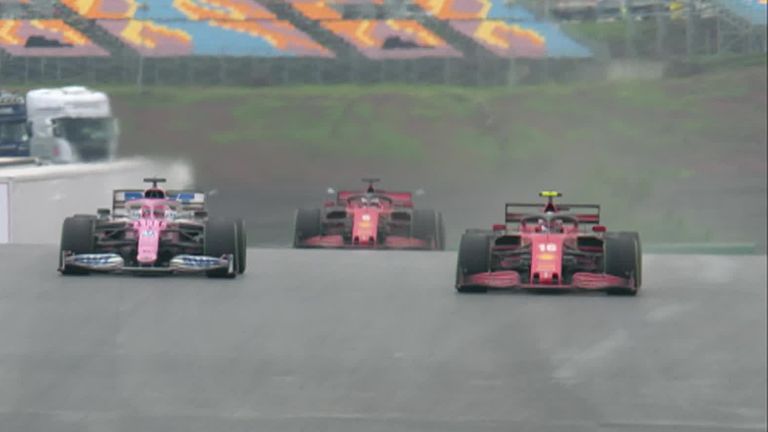 Sebastian Vettel says he sees himself in Charles Leclerc and has sympathised with his Ferrari team-mate after a dramatic podium-losing mistake at the Turkish GP - claiming it will be "irrelevant" in his F1 career.

Leclerc, who has dominated Vettel in F1 2020, drove brilliantly in Istanbul to hunt down and then pass Sergio Perez for second place on the final lap, but then ran wide at the next corner - allowing the Racing Point driver, and Vettel, through for the final podium positions behind Lewis Hamilton.

Vettel capitalised on Leclerc's error on one of his best Sundays of a disappointing season - claiming his first podium in over a year - but the four-time world champion still praised his young team-mate as a star of the future.

"Obviously it is extra painful when it happens in the last lap," said Vettel in the post-race press conference. "I think having Charles as a team-mate, I often see myself in him as well. 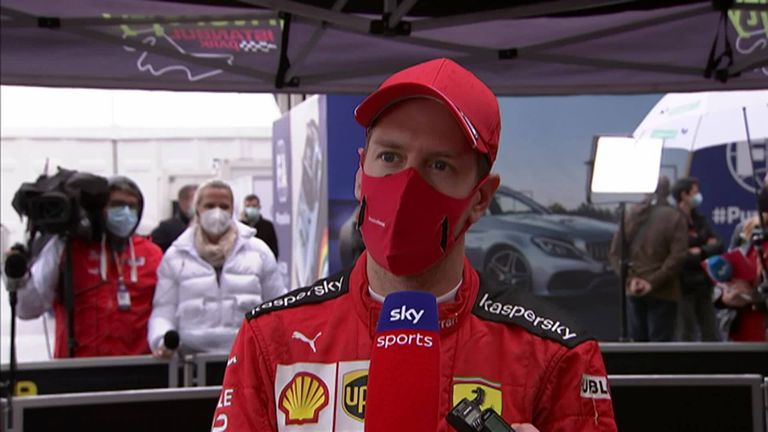 "He's a lot younger, he's very quick and I think the fact that - I haven't had the chance to talk to him yet - but I will tell him later that being on the podium or not actually is a bit irrelevant for him because he has so many years ahead of him and so many podiums to come, which I'm sure of.

"It's right that he is angry, he did a mistake and lost the podium that way but as I said, in the big picture probably irrelevant for him."

About the dynamics between the pair after a last-lap pass, Vettel added: "I think I'm mature enough, I never let this kind of stuff really heat up and get between us.

"I'm happy for anything that he achieves and will achieve in the future because he is a good kid."

The respect has been mutual for Vettel and Leclerc throughout this season, and the Monegasque still managed to praise Vettel despite his own disappointment.

"Congratulations to Seb, his first podium of the season," said Leclerc. "It has been a very difficult season on his side and I'm happy he can finally show what he's worth." 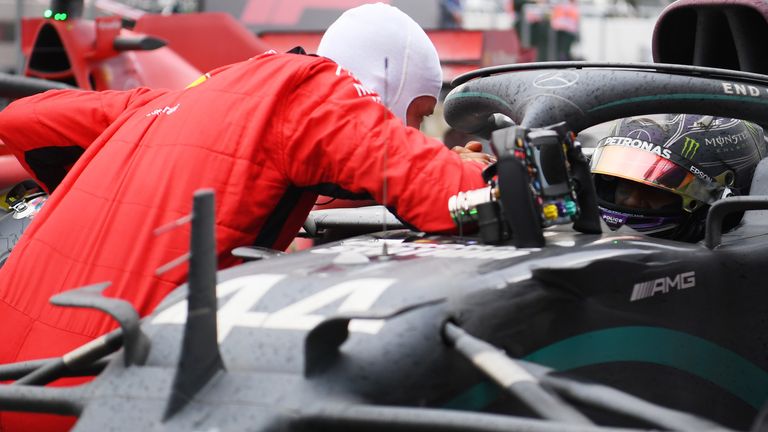 Vettel had scored just two of Ferrari's last 42 points before Sunday's wet race, but secured his first podium since Mexico 2019 with a superb and error-free drive in difficult conditions.

He enjoyed a great start from 11th on the grid, moving up eight positions on the first lap, and then during the race managed to hold off eventual race-winner Hamilton for some time. He even fancied a race victory.

"With 20 laps ago I was thinking about dries, because the circuit was constantly drying and the tyres were worn, so ultimately we had slicks," Vettel said.

"I think it's just a matter of nobody dared to put them on and there was some rain forecast in the end which didn't come.

"I would have really liked to put them on, because I think that would have (had) a chance to win."

The German dropped behind Leclerc after a second stop, but "was in reach" to pounce for a podium at the end.