The Emilia-Romagna GP is live on Sky Sports F1 this weekend, with Sunday's race at 2pm - build-up from 12.30pm; Lewis Hamilton starts on pole ahead of Red Bull's Sergio Perez and Max Verstappen at Imola 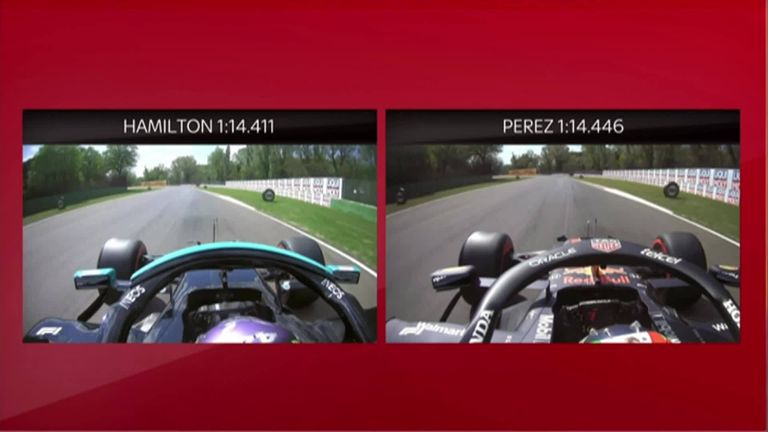 After one of Formula 1's great season-openers, the 2021 campaign rolls on this weekend to the historic Imola circuit, where Lewis Hamilton and Max Verstappen will renew on-track rivalries and where a fascinating championship picture might become that much clearer.

An eagerly-anticipated second race of the season - following a rare two-week break - comes in the form of Italy's Emilia-Romagna GP, and Sunday's live Grand Prix starts at 2pm on Sky Sports F1.

Setting the scene as F1 prepares for second act

The new season burst into life in Bahrain, with Red Bull's marked 2021 improvement to challenge Mercedes culminating in a gripping wheel-to-wheel battle between Hamilton and Verstappen. The defensive nous of F1's seven-time world champion overcame the raw speed of F1's rising superstar, who for the first time appears to have a title-contending package.

Head-to-head duels between Hamilton and Verstappen have been frustratingly fleeting in recent years but all signs are pointing towards more fights like Bahrain, and a genuine rivalry that will define the season.

"Verstappen has got a sniff he can win this championship and I think that's the most exciting thing about this year," said Sky F1's Paul Di Resta. "It's him against Lewis and they'll go knuckle to knuckle at it."

There's no reason not to expect more fireworks this weekend, with Hamilton securing pole position ahead of Red Bull's Sergio Perez and Verstappen.