We've been rather spoiled of late I guess with close and unpredictable racing in F1, and my overall feeling after Sunday's race in spectacular Portimao was that it was a touch steady.

But thinking it over on Monday morning, the winner was running third and had to pass two very fast car/driver combos to take the victory and there was some great wheel-to-wheel action all through the field.

There's many a season when we would have celebrated that.

Once again, the curiously lifeless tarmac, in F1 tyre terms, and the windy conditions made for some decent challenges and surprises. We have to soak up all the satisfaction we can from this undulating and unsighted series of 15 turns in the dramatic Southern European countryside because post-pandemic it's not at all certain that the budget could be found for Portimao to return within the global bidding for F1 races. 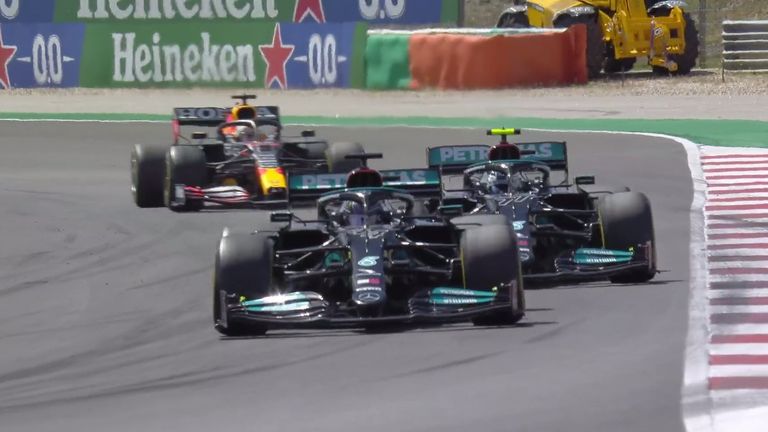 For a record-breaking 15th time, the podium consisted of Lewis Hamilton, Valtteri Bottas and Max Verstappen, and once again Hamilton's speed, racecraft and guile won through. Let's throw in accuracy and control too.

With a victory and two second places, it's Max's best-ever start to a season but he's going to be feeling very uneasy about the increasing pace of Mercedes.

I don't agree with Red Bull about track limit inconsistency, and their claim that they have now been robbed of a victory, a pole position and a fastest lap additional point this season.

Motorsport is controlled by the FIA in an impressive and comprehensive way with paperwork and key personnel. That paperwork includes the 80-page (bilingual) International Sporting Code, and specifically for F1, the 88-page Sporting Regulations, and finally the Race Director's supplementary event notes. (There's another significant raft of documents and processes on the technical side).

It was clear that Turns 1, 4, 5 and 15 would be monitored for track limits from the outset. Then at 9am on Saturday morning a version 3 of the supplementary regs was issued and Turn 14 was comprehensively mentioned in bright pink additional text.

The relevant fundamental track limit regulation, which we don't actually stick to, says this:

27.3 Drivers must make every reasonable effort to use the track at all times and may not leave the track without a justifiable reason.

Drivers will be judged to have left the track if no part of the car remains in contact with it and, for the avoidance of doubt, any white lines defining the track edges are considered to be part of the track but the kerbs are not.

The phrase regarding 'avoidance of doubt' is key, and Michael Masi, the race director, no doubt after lobbying from the drivers, actually gives significant leeway and allows the red and white kerb to become part of the track on key corners, presumably so that there are less infringements for the busy stewards to look at during a race, and to let the track flow a little more. 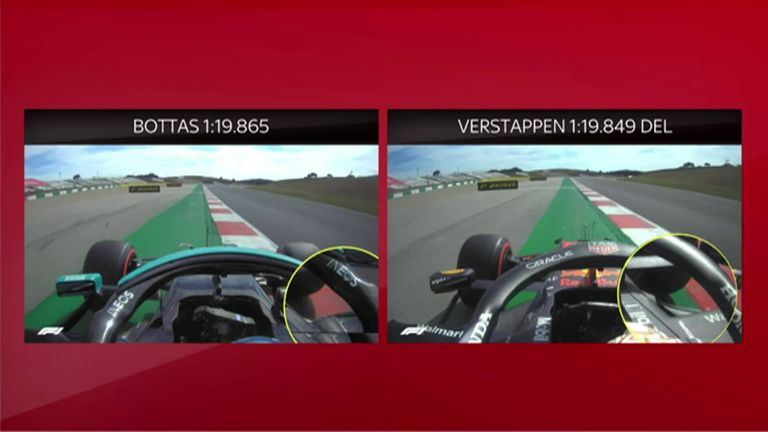 But the fact is that the rules are not properly applied and could be much tougher by observing the white line which defines our field of play. If cars are 1kg underweight or a millimetre too wide they are excluded from the event.

Why should we then be sloppy about policing the track to make life easy for the drivers?

As I mentioned in my previous column, if you run wide you can reduce the angle of the corner and carry more speed in, through and out to gain some metres. This can be monitored in the mini-timing loops as well as observing the car's physical position, but the timing loops won't tell much unless the driver is on fresh tyres and going for it.

The kerbs have been fundamentally lowered over the decades such that in places they are no higher than a coat of paint. This was to stop cars being launched into the air such as Rubens Barrichello in Imola 1994, and also to help stop motorcycle racers being badly injured.

A racer's job thereafter is to minimise the distance of every lap and to maximise the angle of every corner. The FIA's job is to stop them.

You would laugh out loud if football ignored the goal or touch line when it suited certain teams, or cricket stumps were repositioned by a batsman as he saw fit, or if somebody trying to beat Usain Bolt simply moved their starting blocks forward a few metres.

Only one driver was penalised in the race for transgressing the track limits at Turn 14 and it cost Verstappen and Red Bull a championship point, because he gained an advantage out there and didn't control his car fully within the confines of the track.

As we know barriers at street circuits are the best track limit devices but, even then, in Monaco, there are two chicane zones where a driver can cut through. Artificial grass is used in places but this can come adrift. Otherwise, I guess it has to be gravel trenches wide enough to dissuade the drivers from making up their own track.

But that won't necessarily work effectively for motorbikes, or Sports/GT/Touring cars. Meanwhile, it needs a very firm hand otherwise drivers will take ever more liberties.

In Le Mans-style sportscar racing, track limit observation is brutal and drivers control their cars accordingly. At my friend Jonathan Palmer's corporate driving venue in Bedford, if you run wide and cheat the engine power cuts. This would be potentially dangerous at F1 speeds but a driver could, say, lose DRS activation for a couple of laps, although of course, that's no pain for them near the end of the race.

I wonder if the DRS rear wing activation shouldn't anyway have an overall time limit per race for each driver to use as they wish in attack and defence, as once again despite losing 120 metres of zone, it was a little too powerful down the pit straight on Sunday when combined with a slipstream into a headwind.

It did though generate some bold sweeps around the outside of the high-speed Turn One for position, not least for Hamilton to pass his two main rivals for a 97th victory. And well-earned it was too. If he got lucky with second place in Imola at Bottas's expense after his big shunt with George Russell, then he certainly deserved this one.

Once again Lando Norris drove a great race for McLaren in fifth place to hold onto his third in the championship, including an exceptional move around Esteban Ocon at Turn 11.

Alpine had a very strong weekend, and seventh and eighth were just reward. Ocon was outstanding in qualifying and Fernando Alonso came alive in the second half of the race to demonstrate that he's very much still got what it takes behind the wheel of an F1 car.

Ferrari had a largely disappointing race and Aston Martin even more so at this quirky venue. Now we're heading to the ultimate handling circuit of them all in Barcelona for this weekend's race, and we will be better informed about the potential for the rest of the season from there.