Charles Leclerc was fourth for Ferrari in Spanish GP, 20 seconds ahead of main midfield rivals; Leclerc's brilliant race included overtake on Valtteri Bottas around Turn 3, and he was full of praise for his 2021 car 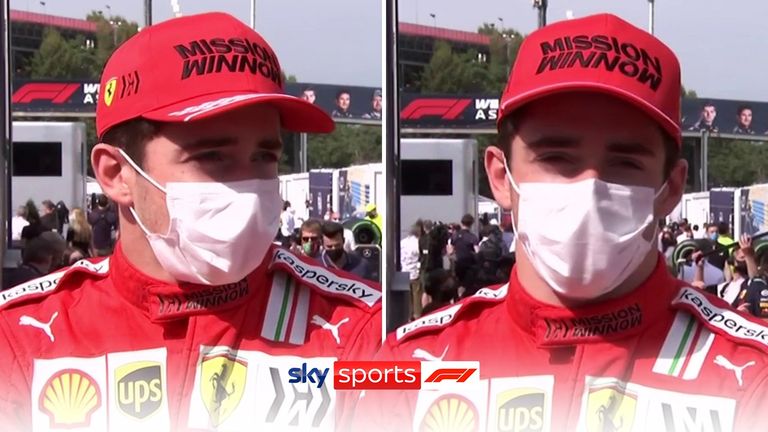 Charles Leclerc praised Ferrari's pace as "standout" and their car as "amazing" after finishing a superb fourth at the Spanish GP, as the rejuvenated Italian team continued their 2021 turnaround in Barcelona.

Leclerc was expecting a tough battle after qualifying fourth on the grid for the third time this season - with Ferrari's race pace their only negative so far - but the Monegasque managed to solidify that position on Sunday, leading Valtteri Bottas in the Mercedes at one stage and then finishing nine seconds ahead of Red Bull's Sergio Perez.

At the chequered flag, Leclerc had a 20-second advantage on his nearest midfield rivals of Daniel Ricciardo and team-mate Carlos Sainz.

"We were incredibly competitive compared to our main competitors," Leclerc, who is fifth in the drivers' standings, told Sky Sports F1.

"I think we were the standout for the race today so it was good, the feeling of the car was amazing." 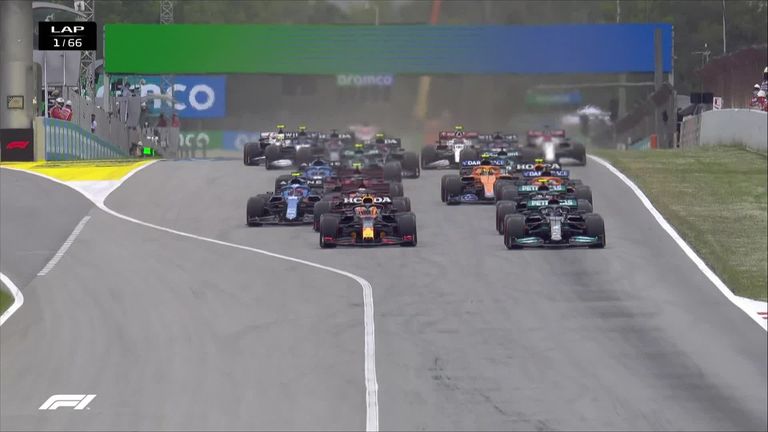 Ferrari have made a big jump with their 2021 package after their worst season in four decades last year, and in the hands of Leclerc - the young race winner who seemingly continues to improve - F1's most successful team appear to be on the up again.

Leclerc and Sainz's efforts mean the Scuderia are now just five points behind McLaren in the battle for third behind Mercedes and Red Bull.

Explaining the improvements to their car, Leclerc added: "It is actually overall.

"We have more power, we have more downforce and grip. Especially in the race it seems to help a lot because last year the balance during the race was very difficult, whenever you put high fuel you feel the weaknesses of the car a lot more.

"Last year we were struggling with that. This year it just feels a lot better."

Leclerc's afternoon was helped by a superb overtake on Bottas around the outside of Turn 3.

"I didn't plan that at all!" he said. "I just saw there was a free line on the outside and it worked pretty fine."