"It's our duty to try and give him a car where it's more difficult for him to make mistakes. We need to take our share of that, look at how we can improve that and that's something we will put in place for the next race" 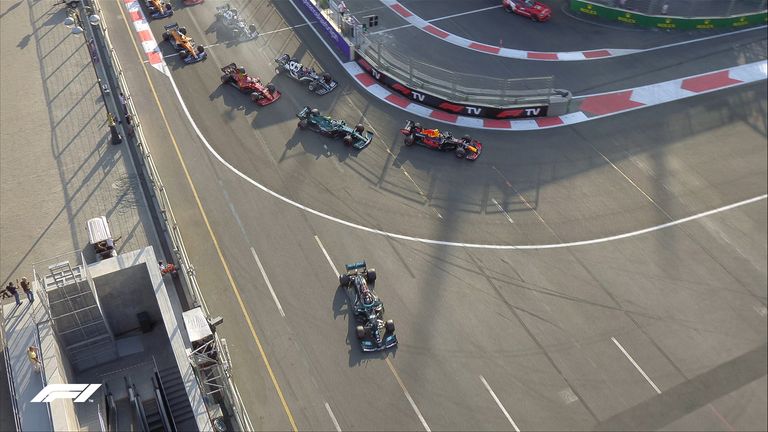 Mercedes will introduce a change on their car to avoid a repeat of the switch mishap that sent Lewis Hamilton off the track amid the dramatic end to the Azerbaijan GP.

The seven-time champion plummeted from what appeared set to be the lead of the restarted race to 15th place after accidentally reactivating a button on the rear of his car's steering wheel - which is referred to as 'brake magic' at Mercedes - which changes brake bias settings and is used to heat the front tyres.

Hamilton locked the car's brakes as a result and went straight on down the Turn One escape road, with the pack streaming through the corner behind him as he dropped out of the points.

Explaining in detail what happened in their latest post-race debrief video, Mercedes technology director Mike Elliott said Hamilton had put the W12 into all the correct settings as usual for the start before knocking the 'magic' button when Sergio Perez moved right to try and defend the lead.

"He made a fantastic start, he got himself up alongside Perez and as he and Perez were sort of shuffling position Lewis swerved and in the process of swerving he just clipped the magic button and unfortunately he didn't feel he had done it. So, he had completely no awareness he was going to have a problem.

"The point he then braked, which was the normal point for him to brake, he was in the position where he got all of the brake balance shifted forward, which put all of the load through the front tyres and as a consequence they locked and from that point there was nothing that he could do than go wide."

Hamilton took the blame for the mistake and said the race, in which he lost the chance to regain the championship lead after Max Verstappen crashed out through a tyre blowout, had proved a humbling experience.

But Elliott says the onus was also on Mercedes to ensure such an accident with the switch could not so easily happen again.

"I know speaking to Lewis yesterday that Lewis sort of feels a chunk of blame for that, but the reality is Lewis makes so few mistakes and that's what really sets him apart from some of the other drivers," he said.

"It's our duty to try and give him a car where it's more difficult for him to make mistakes. We need to take our share of that, look at how we can improve that and that's something we will put in place for the next race." 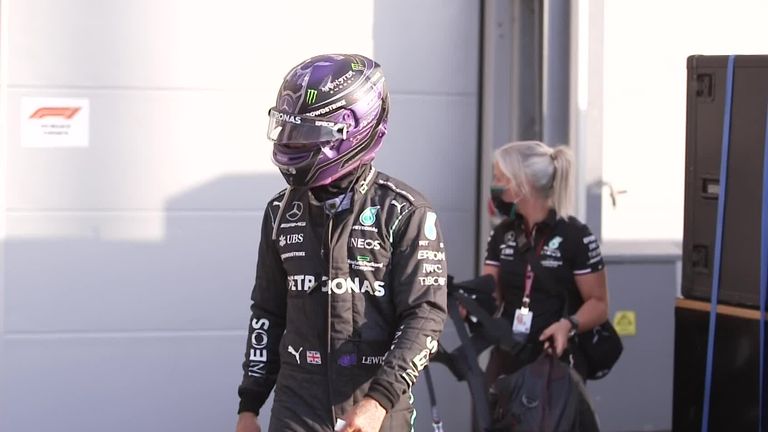 Lewis Hamilton has explained why he locked up and ran wide at the first corner after the restart, apologising to his Mercedes team

And is there any particular reason why the now-famous switch is named the way it is?

"It's called 'brake magic', to be honest, I don't know why we call it 'brake magic', is a button that the drivers can press and that allows them to get heat into the brakes," said Elliott.