Frenchman rewarded for strong start to 2021 season with new three-year contract until the end of 2024; Alpine say new deal "highlights the team's belief in the Frenchman as a star of the sport and its commitment to its long-term goal of World Championship success"

Esteban Ocon has signed a new three-year contract to stay at Alpine after an impressive start to his second season at the team.

The 24-year-old Frenchman joined what was then known as Renault in 2020 in a return to a race seat after a year in a reserve role at Mercedes, who have managed his career.

Ocon, who started his career at Manor in 2016 before becoming a regular points scorer across two seasons at Force India, was outperformed on his F1 return by Daniel Ricciardo in the sister car last year but has fared well next to two-time world champion Fernando Alonso so far in 2021.

Alpine said the new deal for Ocon "highlights the team's belief in the Frenchman as a star of the sport and its commitment to its long-term goal of World Championship success".

The renewal has been announced on the eve of Ocon's home Grand Prix at Paul Ricard this weekend.

"I'm delighted to continue with the team beyond this year and it's a fantastic feeling to secure my future with Alpine," said Ocon, who claimed his first F1 podium finish for the team last December in Bahrain.

"We've been progressing well together since I joined the team and I aim to continue that journey going forward. There are great challenges ahead of us, especially with the new regulations in 2022. I'm sure we can hit our targets by working hard together and continuing the story.

"I often think back to the Sakhir Grand Prix last year with the podium, and it motivates me to create more special memories like that. I'm really looking forward to the next chapter but, for now, we're very much focused on this season and taking each race as it comes."

With Alonso in the first season of a two-year deal on his comeback to the sport, Alpine's driver line-up for 2022 is confirmed. McLaren and Ferrari are among the other teams with both their current drivers already contracted for next year, when the sport's technical rules are being overhauled to improve the racing and increase competition.

"Since returning to the team in 2020, Esteban has grown in confidence and stature to deliver consistently good results and help develop the car with the team," said Alpine CEO Laurent Rossi.

"Despite his young age, he is very experienced in Formula 1 and he's on a positive trajectory in both his maturity and ability behind the wheel. He is a strong asset for us now, and also going forward as we meet the challenge of the new regulations. 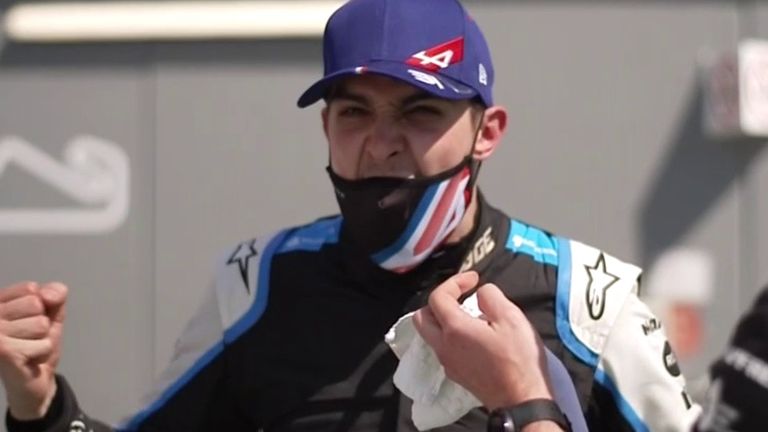 "We have every confidence in Esteban to help drive the team and the brand to the next level and meet its long-term objectives."

The future shape of F1's grid continues to take shape

Ocon is the latest driver from F1's younger generation to be tied down to a long-term agreement by his team.

Max Verstappen, the world championship leader, is on a deal until the end of 2023 at Red Bull, while Charles Leclerc is signed up for a year beyond that with Ferrari. Both drivers are 23 years old.

Lando Norris, 21, recently signed an extension to his McLaren contract beyond 2022.

Mercedes-backed George Russell is in a different situation, in the final year of his agreement to race for Williams, but the 23-year-old is strongly in the running for a race seat at F1's world champions next season.

Ocon had also previously been linked to Valtteri Bottas' seat at Mercedes but the Frenchman is now firmly tied to a future with F1's French-owned team, who are eyeing a front-running car of their own from 2022.