Lewis Hamilton vs Max Verstappen: Damon Hill on title battle and why British GP at Silverstone will be key 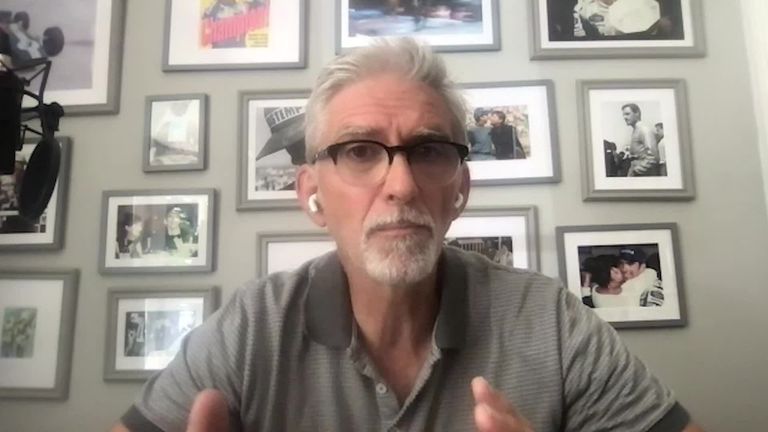 Verstappen's third win in a row, combined with a fourth-place finish for Hamilton, on Sunday means the Dutchman leads the standings by 32 points after nine rounds of the scheduled 23-race season.

"It's tough, I don't think there's any doubt about that now," Hill, the 1996 world champion and Sky F1 pundit, told Sky Sports News of Hamilton's quest to win a record eighth world title this year.

"The competition looked like it was going to be very tight at the start of the season, maybe swinging backwards and forwards and not much in it between Lewis Hamilton in the Mercedes and Max Verstappen in the Red Bull.

"But Red Bull were pretty dominant in Austria, they had an entire pit-stop advantage, so they absolutely smashed it. Lewis did have a problem with his car, which was costing him a lot of time, so not a representative result perhaps, it could have been a lot closer than it was.

"Toto Wolff was putting a brave face on it by saying it's one DNF away from recovering all that deficit, but then DNFs happen the other way around as well.

"It is looking like Max is inching away into the distance, just as he did do in Austria." 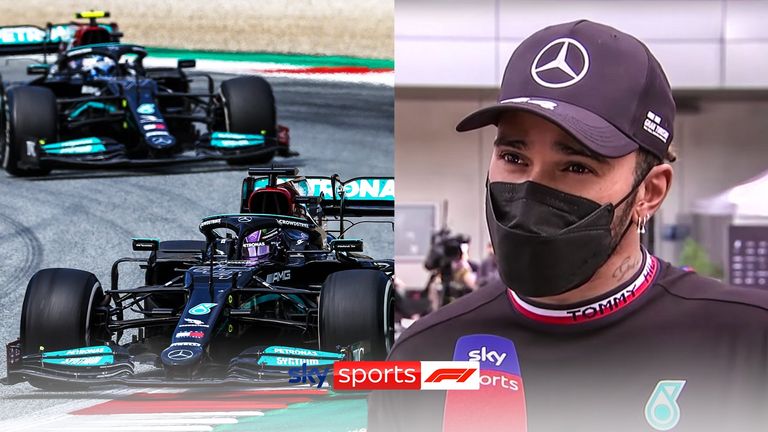 Since F1's scoring system was changed to its current format 11 years ago, only Sebastian Vettel in 2012 has overturned a larger deficit (44 points after 10 races) than Hamilton's now to win the world title.

But with as many as 14 rounds to go, Mercedes have stressed the battle is far from over yet and are expecting other tracks, including the next one at Silverstone, to suit their car more than the Red Bull Ring.

Looking ahead to the world champions' prospects at the British GP on July 16-18, Hill said: "Silverstone is an interesting one as it's a circuit type we haven't been to since Barcelona.

"It's a circuit that obviously Lewis is strong at and the Mercedes has typically been strong at.

Verstappen vs Hamilton: How it stands

"Don't forget at Silverstone we have a completely different format [with the introduction of Sprint Qualifying, which sets the grid for Sunday] so everything is up in the air. It may not mean pure pace will resolve things, so there's a whole lot of jeopardy out there at Silverstone that they have to navigate.

"Pirelli are also bringing a stronger rear tyre for Silverstone and it may produce disparities between the Red Bull and Mercedes depending on those tyres."

But with Mercedes on a run of five races without a win, Hill added: "Silverstone will be a big one."

Wolff and Hamilton say Mercedes will not give up 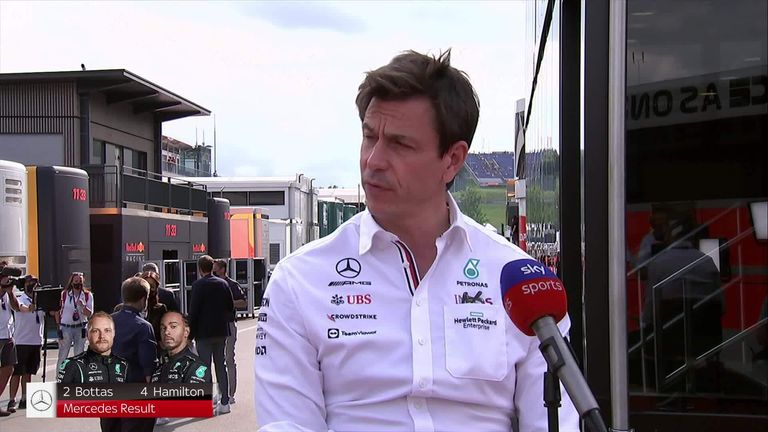 Speaking to Sky Sports F1 after finishing second and fourth in Sunday's race, Mercedes boss Toto Wolff reiterated that the reigning champions had no plans to give Red Bull an easy run over the remainder of the campaign.

"Morale is good, but we have to be working on these feelings actively because if you come from a run of seven world championship titles everything looks like a defeat whatever result you have," said Wolff.

"I think we need to achieve a switch in mindset now. Today we finished second and fourth; it's not the end of the world if you see can see how happy the McLaren guys are about the [podium] position.

"We need to just recognise this is a tough championship. This is the Formula 1 World Championship and you can't expect every single year to cruise away into the sunset. But we will make everything that's needed to not make Red Bull do exactly that."

Meanwhile, posting on his Instagram Story on Sunday evening, Hamilton said: "It is times like these that we must stay vigilant, focused and determined. Giving up is never an option.

"We fight till the end."

After thanking those who supported him in the bumper crowd at the Red Bull Ring, Hamilton added: "These past five races have been hard but I stay positive with the belief I have in my team that we will fight back. Onto the next one."