Underrepresented groups supported include ethnic minorities, women, and those from lower socio-economic backgrounds; "All of the teams are committed to this and the work of the Hamilton Commission shows the dedication to addressing these issues across Formula 1," says Stefano Domenicali

Formula 1 has announced details of scholarships and placements for students from underrepresented groups as part of its commitment to improving diversity and inclusion in the sport.

Following on from plans first announced last year and a $1m personal donation from Chase Carey, the sport's non-executive chairman, F1 has now confirmed details of its plans.

There will 10 engineering scholars across six universities, five of which are in the UK and one in Italy, with the scholarship providing the full cost of the students' tuition together with a living stipend. The underrepresented groups include ethnic minorities, women, and those from lower socio-economic backgrounds, with the universities to hold independent selection processes to determine the recipients.

All of F1's 10 teams have committed to provide work experience opportunities to a scholar during their time at university. 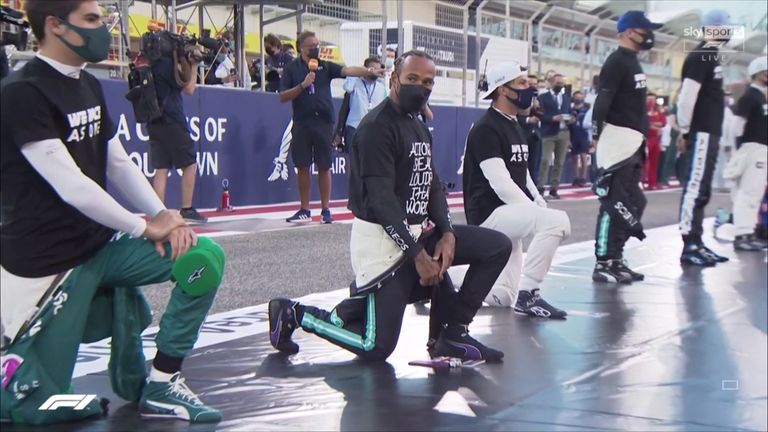 F1 will also place two long-term apprentices from underrepresented groups within its organisation in 2021 with a focus on mechanical engineering.

There will also be six interns from underrepresented groups who will be offered roles across F1 in 2021, including both short and long-term placements.

The latest step in Formula 1's push to make the sport more diverse is announced a day after The Hamilton Commission, the body established by Lewis Hamilton with the Royal Academy of Engineering, released its findings into the barriers to entry for black people.

The report found that only an estimated one per cent of all employees working in F1 were from black backgrounds, with societal issues cited as impacting black students' opportunities to enter motorsport in the UK.

"Formula 1 is a global sport with fans across the world," said Stefano Domenicali, F1's president and CEO.

"We want to be as diverse as our fan base and that is why we are taking action to ensure talented people from underrepresented groups have the best opportunities to get into, and build, a fantastic career in this amazing sport.

"I am delighted to announce that scholars, apprentices and interns will get the chance to fulfil their dreams in Formula 1 and I know they have amazing futures ahead of them. I want to pay particular thanks to Chase whose generous donation is funding the 10 scholarships.

"Our #WeRaceAsOne platform is our commitment to make real change and shows our recognition that we know we must make a positive contribution to the world we live in.

From the thousands of jobs in Formula 1, only 1% of employees are from Black backgrounds. The Hamilton Commission aims to change that. pic.twitter.com/m0sWvvQwRq

"All of the teams are committed to this and the work of the Hamilton Commission shows the dedication to addressing these issues across Formula 1. Our focus is on Diversity & Inclusion, Sustainability and Community and we will continue to drive forward with our plans to be more diverse, more sustainable and leave a lasting positive impact on the countries and communities we visit.

"We know we must continue to move forward on these issues and the whole sport is united in doing this in the months and years ahead."