The duel the F1 world has long been waiting for has finally arrived this year, in spades. Mark Hughes looks at the Hamilton vs Verstappen road to 2021 and the fierce battle for supremacy now playing out; Watch the Hungarian GP live only on Sky Sports F1 this weekend

Copse corner lap one of the British Grand Prix was just the culmination of a rivalry that's been simmering for years.

The identity of Lewis Hamilton's likely successor as the accepted gold standard driver was clear almost from the time Max Verstappen first entered F1 as a 17-year-old in 2015.

Back then Verstappen was asked if he thought Hamilton was the fastest driver in F1. "I don't know," he replied. "Give me his car and I could tell you."

It was brash and it was said in half-jest. But only half. The total inner confidence behind the comment was very real.

Hamilton didn't have to face him wheel-to-wheel for a while, given he was in the dominant Mercedes and the rookie was just learning his craft at Toro Rosso.

But the waves Verstappen made on his way to F1 and once he was there seemed to make it just a matter of time before king and pretender crossed swords. Actually, Merc's dominance stretched so long that it took longer than might have been expected. But there were regular glimpses of it.

The early Lewis vs Max duels

Verstappen was helped immeasurably to victory on his debut for Red Bull in Spain 2016 by the first-lap collision between the Mercedes drivers Hamilton and Nico Rosberg. But the Red Bull would not be a regular Mercedes-botherer for some time yet.

Hamilton might have felt the draught from behind though at that year's British Grand Prix. Hamilton won but Verstappen managed to race Rosberg's faster Merc for second.

Their first wheel-to-wheel clash came on the last lap of that season's Japanese Grand Prix where Hamilton was recovering from blowing his start, which had dropped him down to eighth. By the end he had caught up with Verstappen's second place and went for an outbraking move into the chicane.

But Verstappen placed his car in a way that forced the Mercedes up the escape road to avoid a collision. It was a hard move from Verstappen but in terms of a last-lap defence of position, fair. It did make plain the terms of combat, though.

Hamilton would doubtless be keeping a wary eye on him and later admitted he was never quite sure what Verstappen would do in close quarters. He would need to handle him carefully.

At the wet 2016 Brazilian Grand Prix, Verstappen was stunning. But Hamilton was masterful, out front the whole way.

Following a restart, Verstappen had out-raced Rosberg to take second place in the appalling slippery conditions and only Hamilton now lay ahead. The world watched on with fascination. Verstappen upped his pace and for a couple of laps the gap came down. Informed of this, Hamilton responded - and pulled away from the Red Bull.

There was maybe a little message to his would-be rival when he said afterwards, "I was in the zone the whole time and quite relaxed. I even had time for something to eat during the red flag period. It was a very easy race, probably one of the easier ones. Silverstone 2008 was way harder than this."

Hamilton's car was usually superior to Verstappen's for the next few seasons. But not always. There were situations where the Red Bull could compete.

In Malaysia towards the end of 2017 the Mercs were struggling and Hamilton was trying to secure his fourth world title, giving Verstappen the perfect opportunity to make an ambush pass on Hamilton for the lead early in the race. Hamilton had to resist the urge to fight the corner out and duly came home behind the victorious young pretender.

So there was a definite edge just a week later as Verstappen was chasing Hamilton's lead down at Suzuka in the closing stages of the race.

Hamilton managed the challenge, using the backmarkers in a smart way to thwart his rival, but afterwards he said. "I was kind of like - he won the last race, 'I'm not letting you have this one'. I was driving down the back straight at one point and I'm thinking 'Jeez, the guy behind me is so much younger than me, I've got make sure I kind of man-up and show my age, make sure that I stay ahead, show that I'm actually still very young at heart'. That was kind of my thought process."

Another significant piece of niggle occurred in the early laps of the 2018 Bahrain Grand Prix when Verstappen tried for a late out-brake on Hamilton into the first corner. Hamilton refused to concede, hanging on around the outside and the two cars rubbed wheels, puncturing Verstappen's tyre and ruining his race. Hamilton's car was undamaged and he was later overheard commenting to Bottas in the green room that Max needed to show some respect.

This was the immediate backdrop to the following race - in China. Hamilton and Verstappen had shaken hands at the beginning of the weekend and agreed to put the Bahrain incident behind them.

In the race the timing of a late safety car after the Mercs had already pitted gave the two Red Bulls a perfect opportunity on fresh tyres and a cheap pit stop. Together Verstappen and Ricciardo came scorching through the field and it was obvious they were going to catch the old-tyred Hamilton well before the end.

As Verstappen raced down to the quick-ish uphill left-hander of Turn Seven - not normally a passing place - Hamilton left a tempting gap to his outside.

It was an invitation that Verstappen was way too full of adrenaline to refuse. But he should have - he had so much more grip he could easily have passed in the conventional place of the hairpin later in the lap or one of the several subsequent laps. It was difficult not to think Hamilton had played Verstappen as he collected an (induced?) oversteer slide on the exit, forcing Verstappen to take to the run-off area. It was this which lost Verstappen the race and gifted it to Ricciardo.

Was Hamilton surprised Verstappen had tried to pass there? "Mmm," he said, with a look suggesting amusement. Had he ever known anyone pull off a pass there? "Not on a top driver, no." he replied.

Maybe this was how it was going to be - with the charging young aggressor needing to be played by the shrewd old hand.

But Hamilton's pride was and is such that he has never attempted to deal with Verstappen the way, for example, Niki Lauda dealt with Alain Prost or Prost in turn dealt with Ayrton Senna. 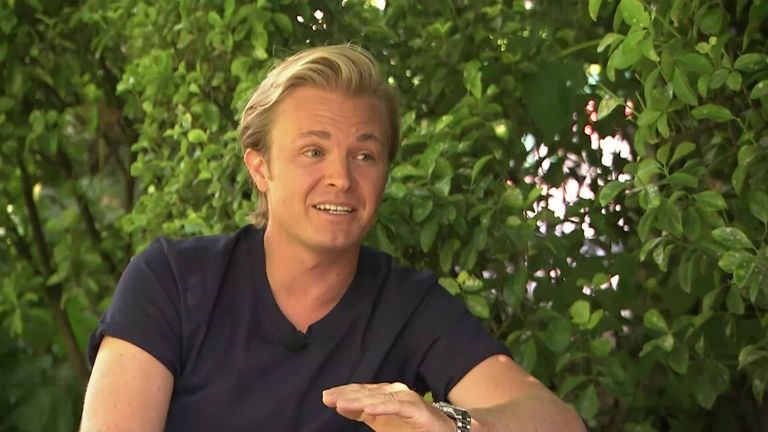 In both those cases the older guy backed away from the ragged edge and accepted they weren't as fast. That has not been Hamilton's way. In Singapore qualifying 2018, both Hamilton and Verstappen set what they each reckoned were the best qualifying laps of their careers. Hamilton took pole, Verstappen thwarted by a misfire late in the lap when he was matching the Merc.

In Brazil that year Verstappen was clinical in using the Red Bull's edge in performance there - the Merc engine habitually struggling in high altitudes, the Red Bull's Renault perfectly suited - and was set to beat Hamilton comfortably until colliding with a lapped Esteban Ocon.

Hungary 2019 saw Hamilton try for a ballsy pass around Verstappen's outside for the lead. Verstappen held his line, forcing Hamilton to back out of it. No holds barred, as ever. Instead, Mercedes brought Hamilton in for fresh tyres enabling him to catch and pass the Red Bull before the end. It was a pattern that was repeated at Barcelona this year, but inverted by Verstappen and Red Bull in France.

This season began in Bahrain with an apparent small performance advantage to Red Bull, which through tactical acuity from Mercedes and a beautifully-judged performance from Hamilton allowed them to steal a victory, after Verstappen's pass was annulled for having been completed off the circuit.

A period of races where the two cars were closely matched - Imola, Portugal, Spain - followed. Hamilton made a crucial error at Imola, running into the gravel on a damp track when trying to stretch into Verstappen's gap.

Portugal, where the pair passed and repassed quite aggressively, Hamilton won on sheer smart use of his tyres. Spain was won on superior Mercedes tyre usage. Since Monaco the Red Bull has become even quicker.

Hamilton's knocking of the brake magic switch in Baku prevented him taking advantage of Verstappen's tyre blow-out when dominating. Which, after the three wins in three weekends for Verstappen in France, Styria and Austria, brought us to Silverstone.

The Pretender has staked his claim. But the King has not accepted it. This is set to run for a while yet.