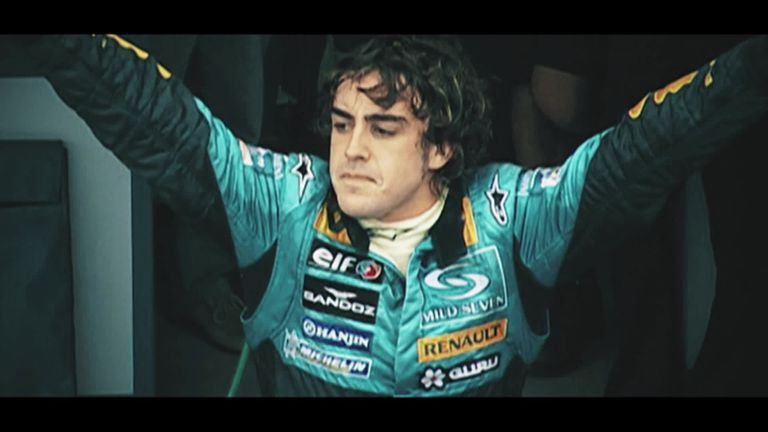 Fernando Alonso has told Sky Sports F1 that McLaren were to blame for the failure of his and Lewis Hamilton's blockbuster partnership back in 2007, insisting the pair "had no issues" with each other.

Alonso, then the reigning two-time world champion, was Hamilton's first F1 team-mate at McLaren in 2007 but their relationship unravelled over a combative and often tempestuous campaign, as the sport's established star and highly-rated rookie battled fiercely for a title they ultimately both missed out on.

He would leave the team and Hamilton after that single season but since then has formed a strong bond with the driver who has gone on to smash F1 records and claim seven championships.

Reflecting on memorable moments from his career with Sky F1's Rachel Brookes after hitting the age of 40, Alonso unsurprisingly had strong views about that year. The Spaniard, while refusing to point the finger at an individual, stressed that he and Hamilton needed more McLaren guidance.

"Lewis came into Formula 1 like a tsunami," Alonso admitted. "With all his talent, all his abilities and results immediately.

"That was intense and that was also challenging for everybody.

"Looking back, and I think Lewis will feel the same, we had no issues between us, no problems, we had a very tough competition, but fair.

"Honestly, I think, and probably he agrees, the team didn't handle the situation.

Alonso went on to drive for Renault before valiant title efforts with Ferrari, and a surprise return to McLaren in 2015. He is now driving for Alpine after a brief sabbatical from the sport.

In the exclusive interview with Rachel, which you can watch by clicking play on the video at the top of the article, Alonso also revealed his target to become one of the "most complete drivers in the world". 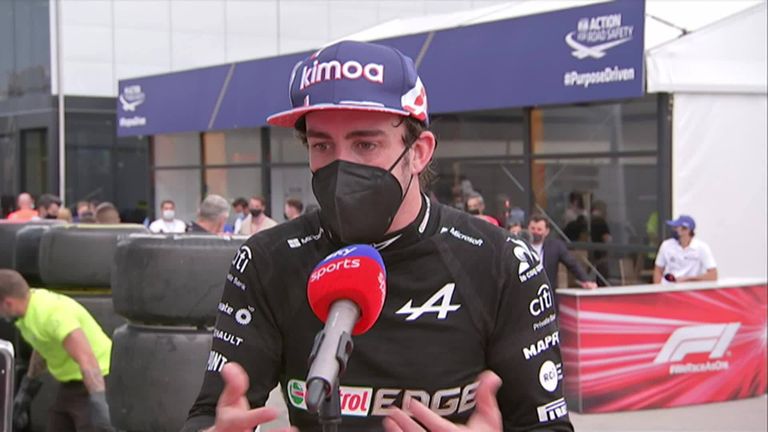 Signed up for F1 for at least one more season, with 2022 bringing a rules revolution and a chance for the experienced star to move back towards the front of the grid, Alonso said he still holds big targets in other categories.

The 40-year-old has a long-standing goal of conquering motorsport's Triple Crown, needing an Indy500 victory to add to his F1 and Le Mans 24 Hours successes, while is also keen to try the prestigious Dakar Rally again.

"I have the ambition now to keep conquering different targets," Alonso stated.

"The Indy500 is still a very appealing one, Dakar Rally, different categories, and try to be one of the most complete drivers in the world, in motorsport."