Max Verstappen on pole - but it was closer than expected; Lewis Hamilton just 0.038s off his title rival, Valtteri Bottas on second row with on-form Pierre Gasly; Both Williams drivers crashed in Q2, Sergio Perez and Sebastian Vettel out in Q1

Max Verstappen will start his home Dutch Grand Prix on pole ahead of Lewis Hamilton after another pulsating and ultra-close battle between Formula 1's title rivals in Saturday's qualifying.

Delighting the masses of passionate orange-clad fans in Zandvoort's first qualifying since 1985, Verstappen was in majestic form throughout a crash-affected session - nailing lap after lap right into the final stages of Q3, when his record 1:08.885 appeared to seal a comfortable pole for Red Bull.

But Hamilton so nearly snatched what would have been an unlikely, and potentially unpopular, fastest time with the very last lap as the Mercedes driver, despite his disrupted weekend, somehow got close to Verstappen.

Hamilton and Verstappen, who are separated by only three points in the championship, were split by just 0.038s at the end of qualifying.

"It's an amazing feeling," said Verstappen, who can take the title lead with a win at his first-ever home race. 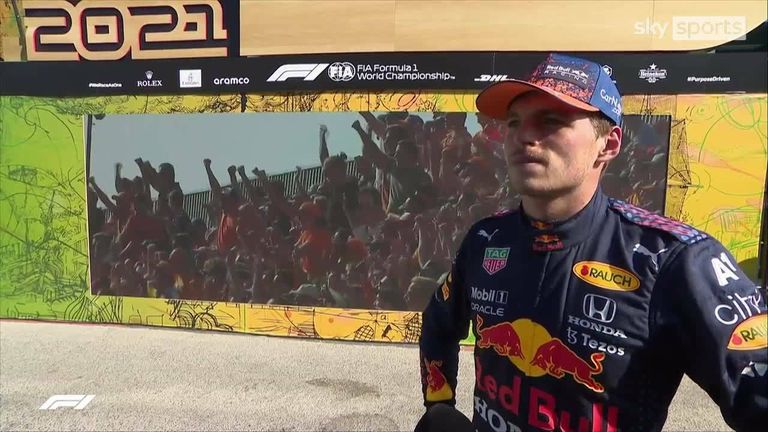 "Max did an amazing lap and I was so close," added Hamilton, amid a largely positive reception from fans albeit with a smattering of boos. "I was trying to catch him."

Valtteri Bottas, who led Hamilton before the final Q3 laps, finished three tenths back in third, and he will share the second row on Sunday with Pierre Gasly - one of Saturday's star performers in the AlphaTauri.

Gasly beat both fancied Ferraris - Charles Leclerc and Carlos Sainz were fifth and sixth - while Antonio Giovinazzi sealed a superb seventh for Alfa Romeo, who had Robert Kubica filling in for Kimi Raikkonen. 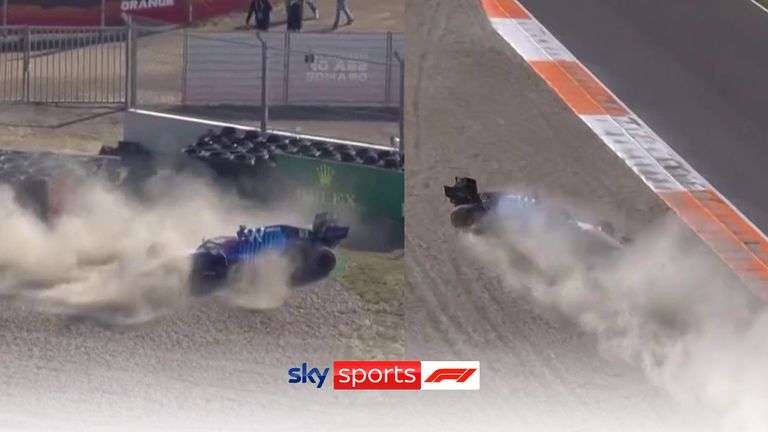 Shock exits and crashes; The big stories from Qualifying

The shock absentee from the final shootout was Sergio Perez, with the Red Bull driver one of two surprise exits from the opening Q1 segment. Qualifying only 16th in what appeared to be the fastest car, Perez was made to pay for not managing to start his final lap as others improved. 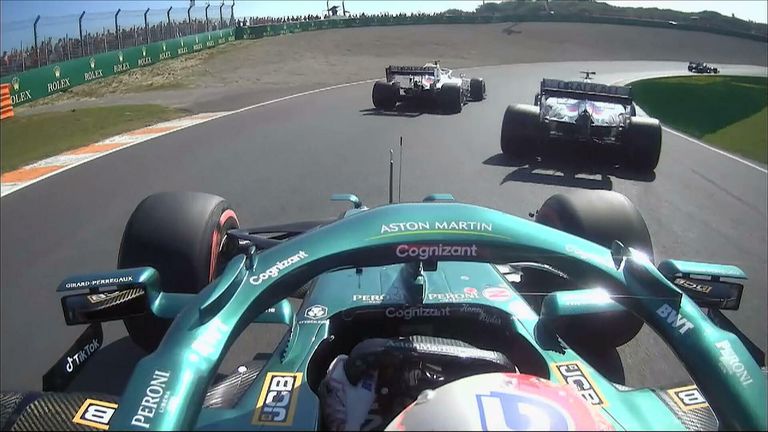 George Russell, who is set to sign for Mercedes, was the first to smash into the barriers as he attacked too aggressively at the end of a lap which could have sealed his top-10 place. 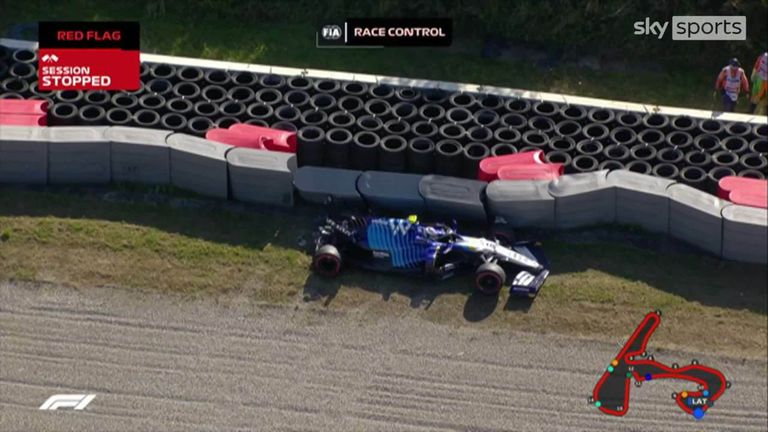 Upon the session's resumption, Nicholas Latifi had an even bigger crash on the opening lap - leading to stewards ending Q2 early, which knocked a surprisingly off-form Lando Norris out.

Verstappen vs Mercedes set to light up Dutch GP

"He outperformed the car," said Mercedes boss Toto Wolff about Hamilton, adamant that Red Bull have a clear pace advantage around the much-loved Zandvoort circuit.

But with Perez well out of position, Mercedes have been presented what may have been an unexpected opportunity for Sunday - able to attack Verstappen with two drivers.

Wolff hinted that Hamilton and Bottas would take alternate one and two-stop strategies to trouble Verstappen in the first Dutch GP in 36 years, while Red Bull's Christian Horner set out his team's target to get Max clear.

Either way, it's all set for a thrilling race - live on Sky Sports F1 from 2pm - as Verstappen and Hamilton form the front row for the first time since July's British GP at Silverstone.

And we all know what happened on the first lap there...