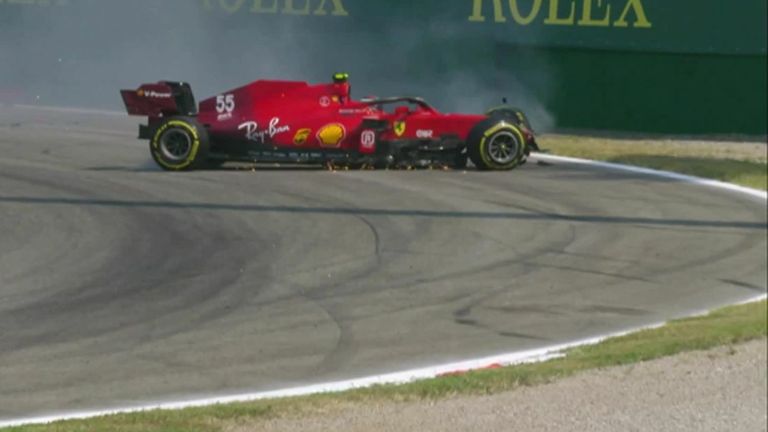 Lewis Hamilton continued Mercedes' dominant weekend at the Italian GP by topping final practice ahead of Saturday's F1 Sprint, a session that was marred by a big crash from Carlos Sainz in the Ferrari.

Sainz brought out red flags halfway through the hour when he dipped a tyre on the chicane at the Ascari chicane before thumping into the barriers, heavily damaging his car and spinning around.

The Spaniard was given a preliminary all-clear after medical checks but Ferrari face a big repair job on his car ahead of the F1 Sprint, the 18-lap dash around the Monza circuit that will set the grid for Sunday's Italian GP.

Hamilton will go into that Sprint - which is live on Sky Sports F1 at 3.30pm, with build-up from 2.25pm - as the favourite after showing his pace in Practice Two, which essentially was long-run practice for the drivers.

Valtteri Bottas, who will line up ahead of Hamilton on the front row later today but faces a back-of-the-grid start with an engine penalty for Sunday's race, was second in practice, two-tenths off the pace.

Albeit on the slower medium tyre, Max Verstappen was 0.4s back - a margin has been apparent all weekend between Mercedes and Red Bull - in third, where he will start the Sprint.

The championship leader finished just ahead of team-mate Sergio Perez, who faces a comeback mission from ninth on the grid come 3.30pm. 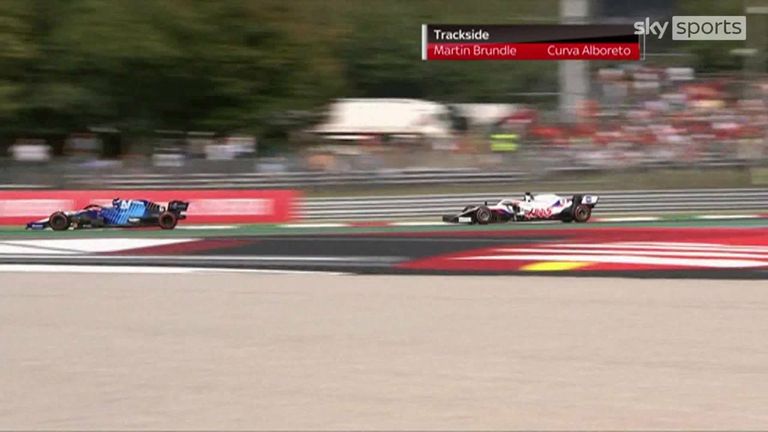 Esteban Ocon finished fifth ahead of Robert Kubica in the Alfa Romeo, who were seemingly pushing harder than most.

The session was red-flagged for 10 minutes after Sainz's crash, which was his third in four races. Sainz, who is set to start the F1 Sprint from seventh, also had a shunt in Hungarian GP qualifying, and the Saturday morning practice last weekend at Zandvooort.

He said he was "hurt, but OK" on team radio after the crash, and will be checked in the medical centre again before the F1 Sprint.