Formula 1 in 2022: Record 23-race calendar revealed for the sport's new era of racing

F1 aiming for 23 GPs in big 2022 season, with new rules and a new generation of cars; Campaign set to start in Bahrain on March 20 and finish in Abu Dhabi on November 20 - the earliest finish in 12 years; Australia, Canada, Singapore and Japan all included

Formula 1 has revealed the provisional calendar for the 2022 season, ready to kick off an all-new era with a record amount of races.

Starting in Bahrain in March and ending in Abu Dhabi in November with an earliest finish in over a decade, 23 rounds are planned for the first year of F1's revolutionary new generation of cars, aimed at generating exciting racing and increased competition.

23 races were also planned for 2021 before cancellations due to the coronavirus pandemic dropped the schedule to 22, and so next season's calendar would break a record if completed, as F1 are very optimistic of.

Grands Prix in Australia, Canada, Singapore and Japan are all set to return to the sport after missing out in the past two seasons, although China does not feature on the new schedule.

The Chinese GP, which has been on the calendar but cancelled in consecutive years, misses out due to ongoing pandemic conditions, but it is hoped it will be restored as soon as conditions allow.

Instead, it has been replaced by the Emilia Romagna GP at Imola for 2021's fourth race while there is also no slot for Portugal or Turkey.

On the announcement, CEO Stefano Domenicali said: "We are excited to announce the 2022 calendar as we prepare to enter a new era for the sport.

"This season has been incredible so far with great battles on the track, large audiences tuning in and fans returning to the races after the impact of the pandemic.

"We look forward to welcoming more fans back next season and hope 2022 feels more normal than the life we have all experienced in the past two years.

"We are very pleased with the interest in Formula One from places that want to host races and the growth of the sport, and believe we have a fantastic calendar for 2022 with destinations like Miami joining famous and historic venues.

"The pandemic is still with us, and we will therefore continue to be vigilant and safe - to protect all our personnel and the communities we visit."

What's the detail of the 2022 calendar, and how many Sprint rounds?

The Bahrain GP will once again kick off the season, on March 20, followed the weekend after by the Saudi Arabian GP, which is making its debut as the penultimate race of the 2021 campaign at a new Jeddah street track.

F1 then hopes to return to Melbourne's Albert Park for round three after two years without an Australian race, having typically gone there for the season opener.

The Emilia Romagna GP at Imola, which has thrown up exciting races since returning to F1 in 2020, is next before the inaugural Miami GP and a race around the Hard Rock Stadium, home of the NFL's Miami Dolphins.

The European season then starts in earnest with May's traditional Spanish and Monaco GPs, the latter now a normal three-day format, before an Azerbaijan-Canada double header as the sport heads to Baku and Montreal. The British GP is on July 3. 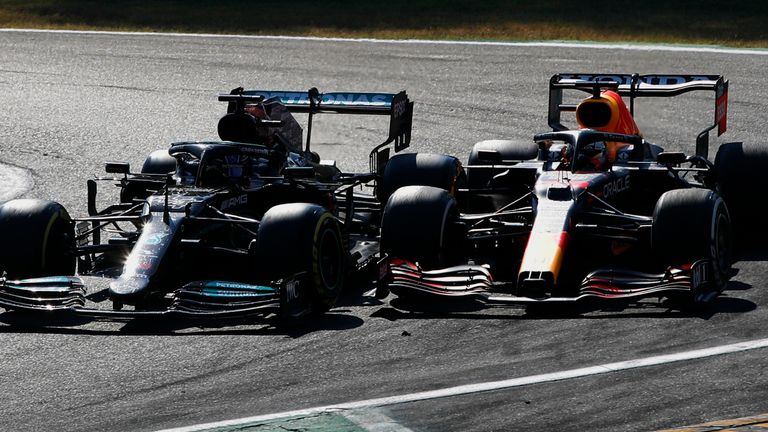 There are two triple headers scheduled for after the summer break, the first in Europe in Belgium, Netherlands and Italy - as we saw this year - and the second in Russia, Singapore and Japan.

The popular Singapore and Japan races, at Marina Bay and Suzuka, haven't taken place since 2019.

The season then heads into a title run-in with back-to-backs in Austin, USA and Mexico, and Brazil and Abu Dhabi to finish the campaign. F1 2022 is set to finish on November 20, the earliest end since 2010 as the campaign concludes a day before the start of the football World Cup in Qatar.

A Qatar race, although on the calendar this year with an F1 debut, is absent from 2022 before a 10-year deal begins the season after.

F1 has not yet clarified how many of the 23 rounds will feature the Sprint format, which sees qualifying moved to Friday before a mini race on Saturday sets the grid for Sunday's showpiece Grand Prix.

Domenicali, however, told Sky Sports F1 last month that the format - which has featured at Silverstone and Monza so far this year and will be used again in Brazil - should fill "one third" of 2022, hinting at seven or eight weekends.