Sir Frank Williams, who built team named after him into one of the most successful in F1, has died aged 79; Williams team salute "much loved and inspirational figurehead" while more tributes flood in for "giant" of F1, who battled adversity on and off the track 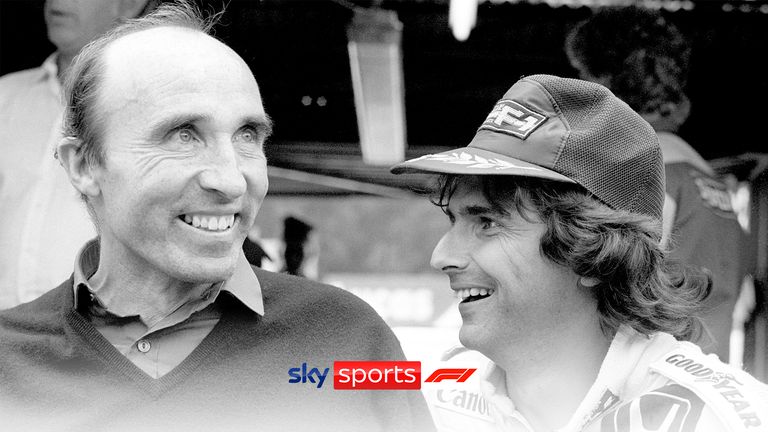 Sir Frank Williams, the legendary former Formula 1 team owner and boss, has passed away at the age of 79.

The founder of the Williams F1 team, one of the sport's most successful and recognisable outfits, Williams was an iconic figure in modern day motorsport who leaves an incredible legacy in the paddock and beyond.

His team, founded in 1977 before quickly establishing themselves against huge manufacturers, won 16 world championships - nine constructors' and seven drivers' titles - in the 1980s and 90s, and have 114 race victories in total. 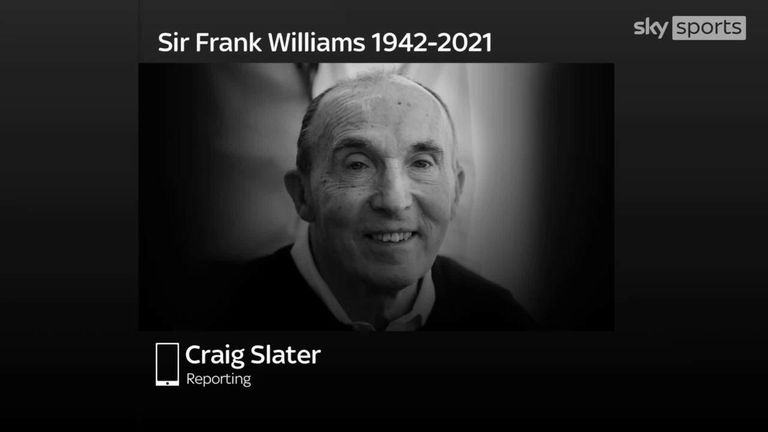 Even more remarkably, Williams continued to run the team despite a serious car crash in 1986 that left him tetraplegic.

The longest-serving team boss in F1 history, Williams and daughter Claire, who had taken over much of the running of the team from 2013, stepped down in September last year after selling Williams to a US investment group. 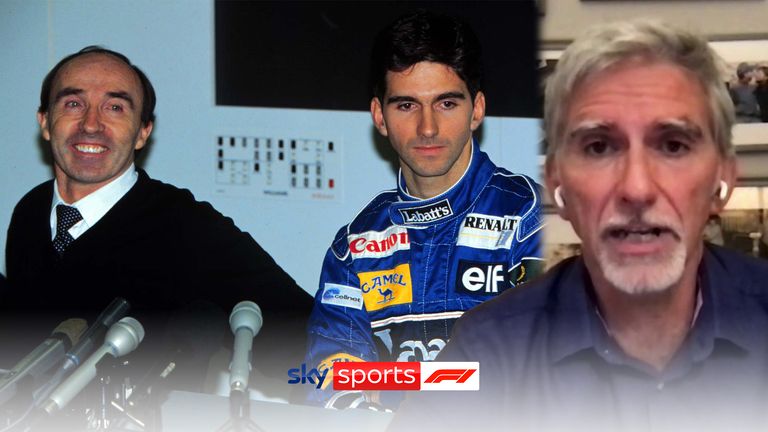 In a statement on Sunday, the Williams team said: "It is with great sadness that on behalf of the Williams family, the team can confirm the death of Sir Frank Williams CBE, Founder and Former Team Principal of Williams Racing, at the age of 79.

"After being admitted into hospital on Friday, Sir Frank, passed away peacefully this morning surrounded by his family. Today we pay tribute to our much loved and inspirational figurehead.

"Frank will be sorely missed. We request that all friends and colleagues respect the Williams family's wishes for privacy at this time."

F1 CEO Stefano Domenicali paid tribute to Williams, saying: "He was a true giant of our sport that overcame the most difficult of challenges in life and battled every day to win on and off the track. We have lost a much loved and respected member of the F1 family and he will be hugely missed.

"His incredible achievements and personality will be etched on our sport forever. My thoughts are with all the Williams family and friends at this sad time."

Damon Hill, who won his 1996 championship at Williams, said the dedication shown by his former boss to being successful was unsurpassed.

"Frank had a passion for cars, for racing. There was nothing else he was really interested in doing," said Hill. "He was just remarkable in every respect.

"He gave us the best equipment, him and Sir Patrick (Head). Everyone who worked at Williams gave all their drivers everything they need to fight for championships, and that's all he wanted to do.

"His record will stand for a very long time. As a team founder, there won't be another one like him again."

Hill was one of seven drivers to become world champion in one of Williams' cars.

Lewis Hamilton has long spoken of his admiration for the Williams family and team, and in a social media tribute to Sir Frank said that the former team owner was "one of the kindest people I had the pleasure of meeting in this sport" and someone who "always had time for me and always without judgement".

"I feel so honoured to have called him a friend," added Hamilton, F1's seven-time champion.

"What he achieved in this sport is something truly special. Until his last days I know he remained a racer and a fighter at heart. I have utmost respect and love for this man, and his legacy will live on forever. You will be missed Frank, but I will see you on the other side. My thoughts and prayers are with the Williams family."

Sir Frank Williams was one of the most remarkable figures in British sport.

Williams took his motor racing team from an empty carpet warehouse to the summit of Formula 1, overseeing 114 victories, a combined 16 drivers' and constructors' world championships, while becoming the longest-serving team boss in the sport's history.

Williams' story is made all the more extraordinary following a horrific car crash in France which left him with injuries so devastating, doctors considered turning off his life-support machine.

But his wife Virginia ordered that her husband was kept alive and Frank's sheer determination and courage - characteristics which personified his career - enabled him to continue with the love of his life, albeit from the confines of a wheelchair.

He would remain in his role as Williams team principal for a further 34 years before F1's greatest family team was sold to an American investment group in August 2020 for £136million.

Francis Owen Garbett Williams was born in South Shields on April 16, 1942 to an RAF officer and a headmistress. Educated at St Joseph's College, a private boarding school in Dumfries, it was there where he became obsessed with cars following a ride in a Jaguar XK150.

A travelling salesman by day, Williams fulfilled his racing ambitions at the weekend and, aged just 24, he launched his own team, Frank Williams Racing Cars.

Four years later, they were competing in Formula Two, and with flatmate and closest friend Piers Courage behind the wheel, Williams graduated to F1 in 1969 using a second-hand Brabham.

For Williams, debonair Englishman Courage, was the epitome of a Formula One racing driver, but tragedy struck at the 1970 Dutch Grand Prix.

Courage ran off the track, one of his front wheels hit his helmet, and his car burst into flames. Courage's grizzly death in a car bearing his name, left Williams devastated. Broke and with spiralling debts, he reluctantly sold 60 per cent of his team to Walter Wolf in 1975.

But Williams was not made to be a back-seat driver, and desperate for independence, he severed ties with the Canadian businessman.

He set up shop at an old carpet warehouse in Didcot, Oxfordshire and signed a promising young engineer by the name of Patrick Head. The double act would go on to make grand prix history.

In 1980, Jones delivered Williams their first title. The team also won back-to-back constructors' championships, while Keke Rosberg was crowned drivers' champion in 1982. But in 1986, Williams' life would change forever. 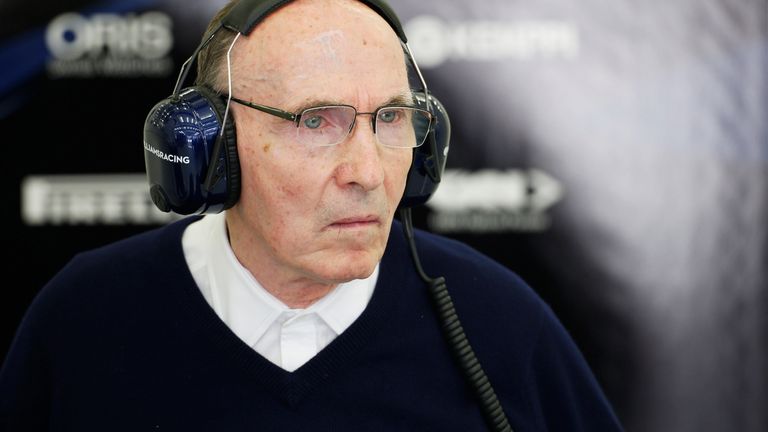 Following a test at the Paul Ricard circuit in March, Williams set off on a 98-mile dash to Nice Airport in a rented Ford Sierra. Travelling through the windy roads at speed, Williams lost control and the car ended up on its roof following a 2.5-metre drop into a field.

Williams' passenger, the team's marketing manager Peter Windsor, escaped with minor injuries. But Williams suffered a spinal fracture which would leave him in the wheelchair for the rest of his life.

"I was late for a plane which I didn't need to be late for because I got the French time mixed up with the English time," explained Williams several years later.

"The roads were very bumpy, the hire car was not the world's best, and suddenly I was off the road upside down and with a broken neck.

"It was very unfair on my family, particularly my wife, because of how my circumstances changed. In hindsight, it was a careless and a selfish thing to have done. Life went on, and I was able to continue, but it has been a handicap in the true sense of the word."

Despite his life-changing injuries, Williams was back at the helm of his team within nine months. Over the ensuing 11 years, five further drivers' championships - including those for Nigel Mansell and Damon Hill - as well as seven constructors' titles, followed.

But there would be more heartache for Williams when Ayrton Senna was killed in just his third race for the British team at the 1994 San Marino Grand Prix.

Speaking on the 25th anniversary of the Brazilian's death, Williams' daughter Claire, said: "Frank never spoke to anyone about it. But you can see the pain in his eyes every time he thinks about the accident.

"In the Williams' film (released in 2017) there is a scene where Frank is at Ayrton's funeral, and I have never seen my dad look like that. There is an extraordinary line where he is asked how he felt that day, and he just says: 'Far from well'.

"I think that says it all. I am sure he felt far from well for many, many, many years, and still today he won't talk about him."

Williams was knighted in 1999 but his team were never able to replicate their heyday of the 1980s and 1990s. He stepped back in 2013 allowing Claire to assume the day-to-day running of the team. 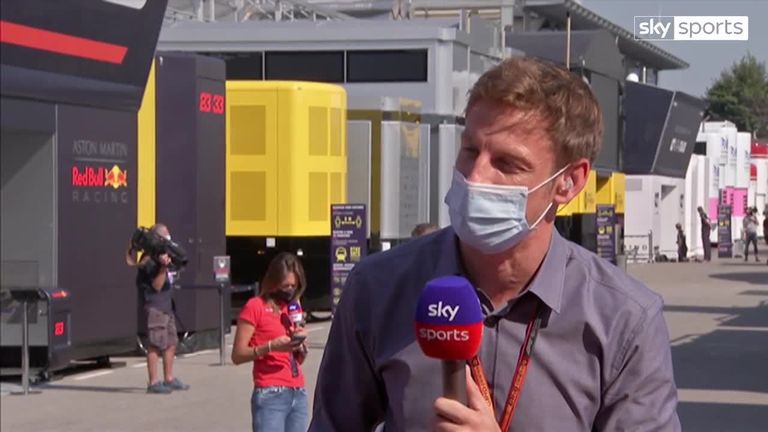 Williams fought off pneumonia in 2016, but he had been an irregular fixture in the paddock for a number of years.

And, at the Italian Grand Prix in Monza last year, an historic sporting chapter was closed when the Williams family contested its 739th and concluding race after selling up to Dorilton Capital.

"Frank has been in Formula 1 a whole lot longer than most people in this paddock," said Claire.

"My dad leaves an incredible legacy on this sport. We will always remember that and we will always be proud of that."

Williams, whose death was announced on Sunday, was 79. He is survived by his three children, sons Jonathan and Jamie and daughter Claire, and grandchildren Ralph and Nathaniel.