World champion Max Verstappen was second for Red Bull with Lewis Hamilton fourth for Mercedes, with the pair separated by Lance Stroll, who produced an encouraging display for Aston Martin.

While Sainz himself warned on Friday that Mercedes could be holding back performance for next weekend's season-opener at the same circuit, Ferrari enjoyed another impressive day to maintain the form they've shown since Formula One's all-new cars were first revealed at a 'shakedown' in Barcelona two weeks ago. 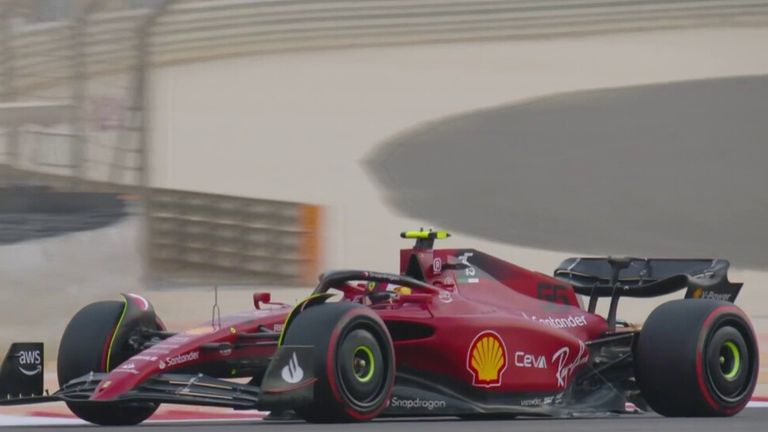 Sainz's time of 1:33.532 was nearly half a second quicker than Pierre Gasly's pace-setter for AlphaTauri on day one, and a similar margin ahead of his nearest rivals on Friday.

Despite Lando Norris finishing seventh, McLaren's track time was severely limited for a second successive day by an issue with their brakes, which has left them awaiting the delivery of revised parts from the team's UK factory.

A dramatic fire on Nicholas Latifi's car saw Williams complete just 12 laps, while Alfa Romeo and Haas, who welcomed back Kevin Magnussen to the cockpit, were both hampered again by technical issues. Esteban Ocon finished fifth after topping the morning timesheet for Alpine, who appeared to enjoy an improved day of performance despite the Frenchman later forcing a red flag with a "precautionary" stop on track.

This is a breaking news story that is being updated and more details will be published shortly. Please refresh this page for the latest updates.

Visit skysports.com or the Sky Sports App for all the breaking sports news headlines. You can receive push notifications from the Sky Sports app for the latest news from your favourite sports and you can also follow @SkySportsNews on Twitter to get the latest updates.