Mercedes experimented with floor in Canada as Hamilton finished more than a second behind Max Verstappen in second practice session; watch Practice Three live on Sky Sports F1 at 6pm on Saturday, with Qualifying from 9pm 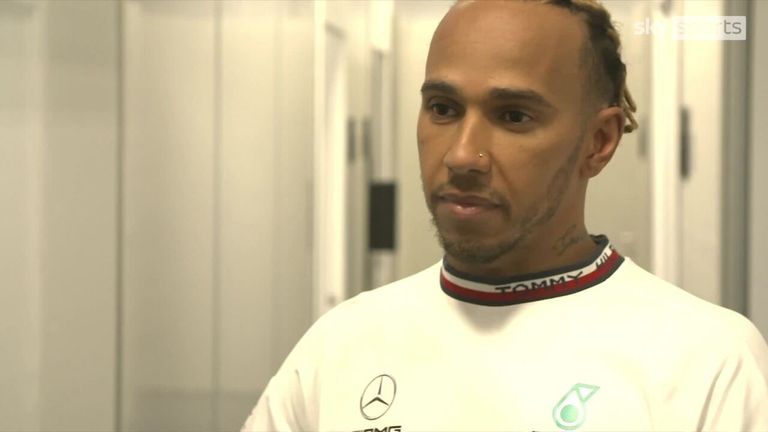 Lewis Hamilton described his car as "a disaster" as he conceded Mercedes were unlikely to make any improvements to their early-season performance for the rest of the year.

The seven-time world champion, who is 88 points behind drivers' championship leader Max Verstappen after eight races in 2022, was only 13th on the timesheet in second practice at the Canadian Grand Prix as his Mercedes continued to suffer the porpoising that has plagued their campaign.

Hamilton, who described his car as "undriveable" over team radio and "so bad" ahead of his post-race interview with Sky Sports F1, struggled with an experimental floor set-up on Friday as he posted a best lap time more than a second slower than the frontrunners.

And he was despondent about the team's hopes of making any progress this year.

"Nothing we do to this car generally seems to work," he told Sky Sports. "We are trying different set-ups. Me and George went with much different set-ups in this P2 just to see if one way works and one way doesn't.

"I'll wait to hear how it felt for him, but for me it was a disaster. It's like the car is getting worse, it's getting more and more unhappy the more we do to it.

"We will keep working on it. It is what it is. I think this is the car for the year. We will have to tough it out and work hard on building a better car for next year." 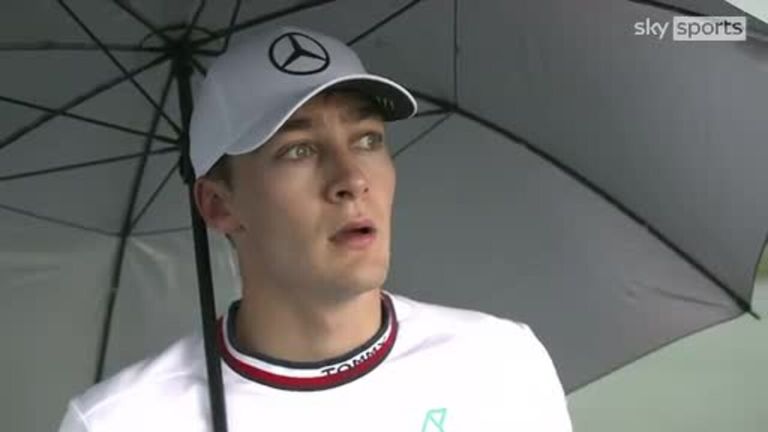 The Mercedes' bouncing left Hamilton in considerable discomfort in Azerbaijan last week, but he insisted he had taken precautions to ensure he was feeling healthy ahead of Friday's sessions.

However, he does not think the car will be able to compete with Red Bull and Ferrari at the Circuit Gilles Villeneuve for the rest of the weekend.

"One touch of the kerb and the thing goes flying, it's so stiff," he added.

"Here you need to be able to use the kerbs, so it's very tricky. It's not the Montreal that I know, am used to and have experienced through my career. It's the worst I've ever felt in a car here.

"I'm hoping overnight we can try and make some changes, but it's the fundamentals of the car. It is what it is and it's going to be a struggle.

"It's a monumental fight the whole time to keep it out of the wall. When it bounces, the car leaves the ground a lot, and when it lands it grips up and goes in different directions.

"You are just trying to catch a car that jumps, hops and grips. It's tough. It just keeps you on edge and there were some big hits today. We've raised the car and it doesn't make a difference.

"We have tried loads and loads of things and ticked them all off. Those ones don't work, so we have to go and find something else.

"We are way off, but it's to be expected with this car." 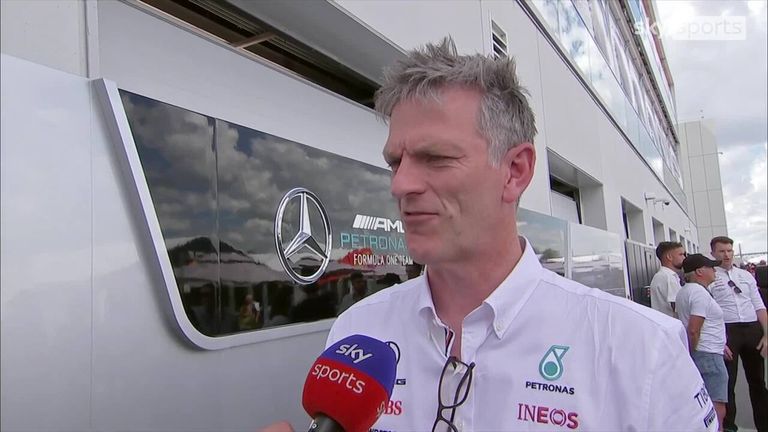 Mercedes' Chief Technical Officer James Allison is in Montreal this week and Sky Sports F1 expert Martin Brundle believes that's a sign that the team is getting desperate in their search for improved performance.

But he feels they are running out of options as the team becomes increasingly experimental in its approach.

"That was a very significant thing that Lewis said in terms of 'this is the car we've got'," said Brundle.

"It's looking more and more like they can't sort this 2022 Mercedes out; it's too much of a knife-edge of a set-up. They've got to basically bolt it down to the ground.

"Lewis is more or less admitting that they're going to have to make the best of this car.

"We don't see James Allison on site too often… if they can't find a solution no-one can with the resources they've got.

"We know how brilliant that team is - the minds, the money, the facilities and the data - and they just can't seem to dial it in and sort the problems out.

"It sounds like they're trying almost random set-ups, I'll go this way and you'll go that way, let's see if we can find a magical solution in there somewhere."