In his latest column, Sky Sports F1's Martin Brundle looks back at an action-packed Canadian GP, with praise for Max Verstappen's mature drive and Carlos Sainz's determination; Brundle also looks at the big question of whether Mercedes are really back in contention

The Circuit Gilles Villeneuve on the Isle Notre Dame in Montreal is a narrow stretch of parkland road around a casino tightly defined by walls, a rowing lake, and a steep drop into the immense St Lawrence Seaway. From a helicopter it looks like a tiny ribbon of road surrounded by vast expanses of water.

This means that it's very unforgiving and has little space in which to expand for run-off areas. It's old school and all the better for it in my view.

For many reasons this track is synonymous with the safety car, the method used to neutralise a race rather than having to stop it altogether.

Why so many safety cars in Canada?

The safety car was first introduced here in 1973 and, so new was the concept, the driver picked up the wrong 'leader' and most likely determined that McLaren's Peter Revson took victory rather than Emmerson Fittipaldi in his Lotus.

Given that it was only at the 1971 Canadian GP in Mosport that F1 first stopped a race by red flag, this was rapid progress. Before then we had many horrific scenes of race cars continuing to pass by stricken drivers caught up in fireballs and folded monocoques.

Fourteen of the past 22 races in Montreal have been interrupted by a safety car, which appeared no less than four times in 1999 and 2007, and in the legendary four-hour, four-minute race won by Jenson Button in 2011 the safety car led the pack around for 32 of the 70 laps. Uniquely this race has twice finished behind the safety car - in 1999 and 2014.

'The track is not fit for purpose then', I hear some of you say, but I believe it's just fine. The best way to minimise incidents is to race in a straight with large run-off areas to the side, or simply stay at home. I prefer Montreal.

So it's little surprise then that the safety car played a key role in energising the race at the weekend. Max Verstappen truly deserved to to win, he was in epic form all through free practice, the wet but drying qualifying sessions, away from the start line, and throughout the the seventy laps.

One final hurdle for Sainz, Alonso still has it

It was a masterclass drive from the reigning world champion and now comfortable world championship leader, but Carlos Sainz in the Ferrari pushed him very hard for the last 15 laps. 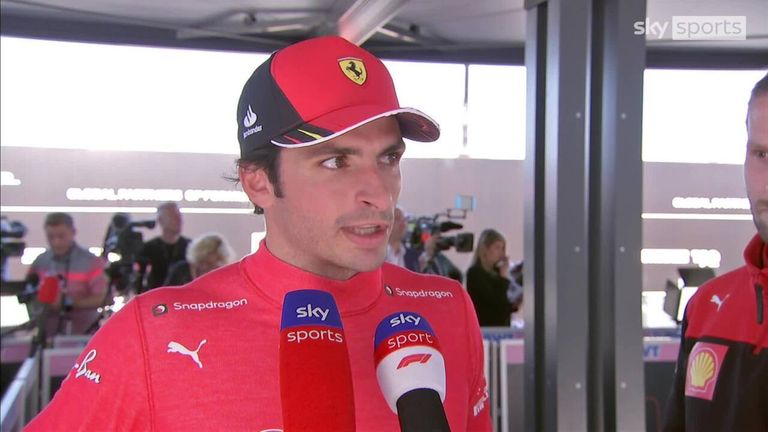 Carlos is like Lando Norris and George Russell in that he's ready to win GPs but those victories just keep eluding him for varied reasons.

I've always been a supporter of Carlos and sometimes I felt like a lone voice in the paddock, but he's very good - especially during races.

The final hurdle for him is to combine his talent, sheer determination, aggression and experience into greater pin-point accuracy and consistency. The car will then relentlessly travel forward rather than occasionally sideways, and as soon as he wins the first GP he'll be away.

It was great to see those two slugging it out, and due to a grid formed on wet and intermediate tyres for a race which would only require dry tyres - along with heavy grid penalties for the likes of Charles Leclerc's Ferrari - we had a very random line-up which promised plenty of action.

Fernando was the star of qualifying by constantly being fast and ending up on the front row of the grid to much applause, almost as if he has some kind of carbon-fibre-wrapped titanium bus pass due to being nearly 41. You can't keep the man down, he's a bundle of competitive energy. 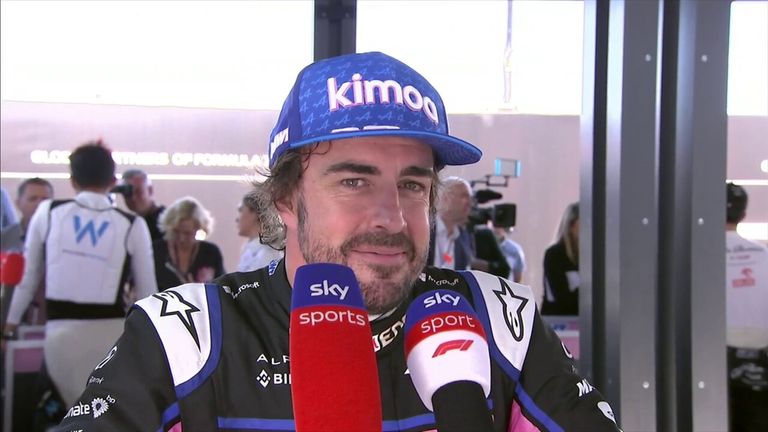 Max said in jest that he'd watched Fernando when he was a kid and although he was quite 'old' he looked forward to starting alongside him for the first time. Fernando, who has actually started alongside Max's dad Jos four times, said with significantly less jest that he was really going for it in turn one.

He didn't get a look in after Max's perfect start and, although holding second and then third with decent pace, Fernando's race would consistently unravel. They didn't pit under the first virtual safety car, and on the second VSC he was approaching the pits when the slow phase ended. This meant he would pit under green flag full speed conditions on a rather no-man's-land lap 28.

From lap 20 his power unit developed an issue and he would fall to seventh behind his team mate Esteban Ocon. Then to cap it all, getting too feisty defending against Valtteri Bottas's Alfa Romeo with his down-on-power motor, he was given a post-race five-second penalty for weaving to keep Bottas behind. So he finished P9 in the end which was sad.

Mercedes continue to confuse the paddock

The Mercedes team are so confusing for everyone at the moment, including themselves. On Friday Lewis declared the car was undriveable, which is indeed exactly how it looked, and in a Sky F1 interview he strongly intimated that it was now about making the best of a bad job for the rest of the long season.

Team boss Toto Wolff said similar things to me in an interview having described the car as a 's***box' just a week earlier.

George Russell took a very bold gamble on slicks at the end of the final wet but drying qualifying session, which I suspect he wouldn't do again. I admire his confidence but two or three parts of the track were still ten minutes away from being ready.

Then in the race both Mercs were flying along almost on the leading pace. To be realistic, if Charles Leclerc and Sergio Perez had had normal qualifying and race performances, and had we not had two virtual and then one actual safety car, it would likely have been a solid fifth and sixth for the Merc boys.

However, once again there does appear to be a good car under that shrink-wrapped bodywork, and they fancy their chances at Silverstone which is next up. 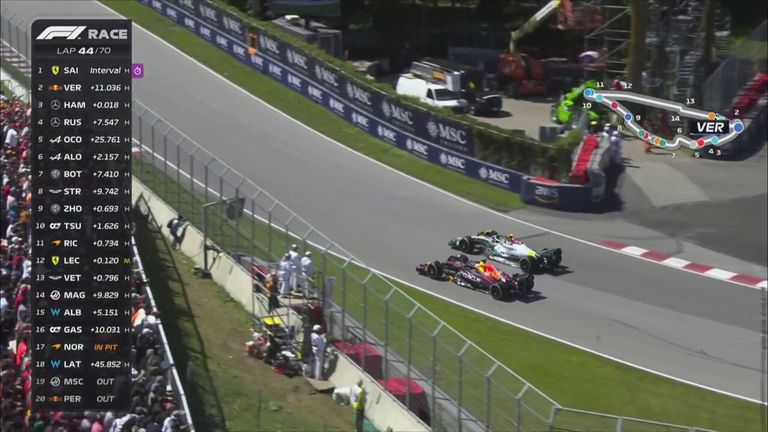 Leclerc, on the last row on the starting grid for Ferrari due to engine penalties, was trimmed lower on downforce for good straight-line speed, but that only seemed to hurt him with poor rear grip off the corners - so negating the extra speed.

He spent an age in traffic but occasional clear-air speed and the final safety car got him up to fifth, albeit losing another 15 points to Verstappen.

Bottas scored points for the seventh time in nine races, and both Alfas were in the points with Zhou Guanyu's best F1 finish in ninth place (later bumped to P8 in light of the Alonso penalty).

Lance Stroll grabbed the last world championship point with a fine drive to 10th from 17th on the grid. McLaren and Alpha Tauri both had weekends to forget.

Mick Schumacher was on great form for Haas until his car died, and Kevin Magnussen from fifth on the grid was unlucky to get front wing damage after turn three contact with Hamilton. Perhaps a fight he didn't need to take on - especially at that stage.

Some 338,000 people found their way onto the island over the course of the event further underlining just how popular F1 is in the Americas and Canada at this time. I enjoyed meeting a good many of them.