World championship leader Max Verstappen produced a dominant performance in final practice at the British GP to establish himself as the clear favourite for pole at Silverstone qualifying.

Having surprisingly been off the pace during Friday's practice sessions, Red Bull delivered a major show of strength on Saturday morning as Verstappen appeared to be in a league of his own, finishing more than 0.4s clear of team-mate Sergio Perez in second.

Ferrari's Charles Leclerc was marginally behind Perez in third, with Mercedes duo George Russell and Lewis Hamilton a further tenth back in fourth and fifth, respectively, ahead of Carlos Sainz.

After a wet opening practice session on Friday saw limited running, a dry P2 saw Sainz narrowly top Hamilton, leading to hope the seven-time world champion could contend for a first victory of the season. 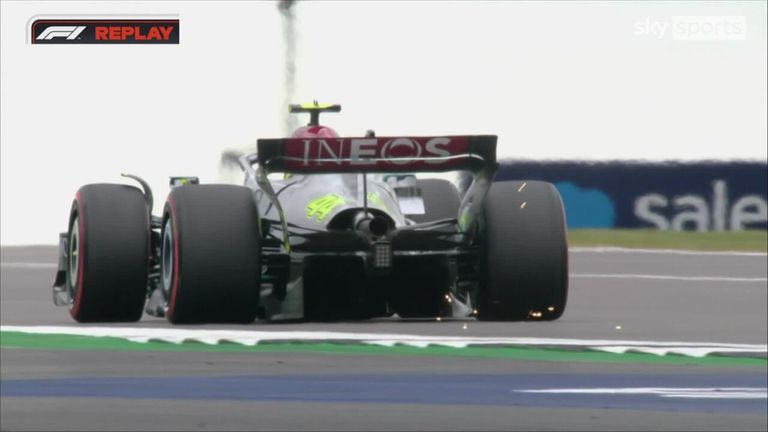 Those hopes remained intact during the opening 20 minutes of Practice Three, as Mercedes and Ferrari appeared strong, but then Verstappen emerged from his garage.

The Dutchman, who goes into tomorrow's race with a 46-point world championship lead over team-mate Sergio Perez after winning five of the last six races, immediately went almost half a second clear of Leclerc's leading time.

Hamilton provided further cause for optimism at Mercedes as he closed to within 0.1s of Verstappen in his significantly upgraded Silver Arrow, before Leclerc went within two hundredths of the Red Bull. 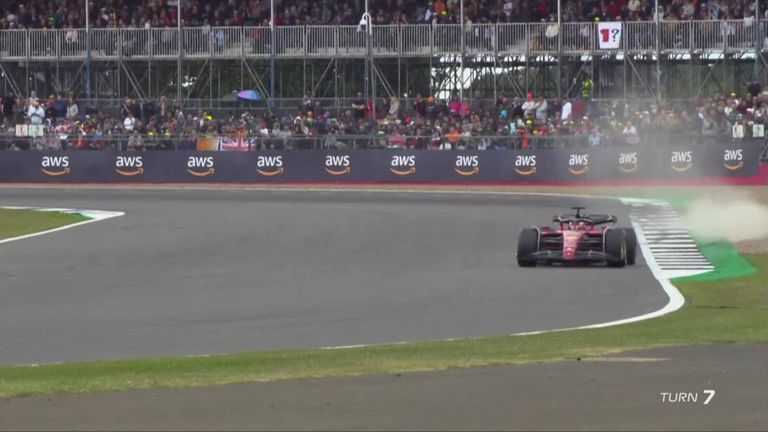 However, Verstappen would then respond with another mighty effort, as his 1:27.901 took re-established a near half-second margin.

In a further blow to Ferrari and Mercedes, Perez then went second in the closing stages to leave Red Bull looking in complete control ahead of qualifying, which is live on Sky Sports at 3pm.

"They obviously had a lot in hand, and they knew it as well, and they didn't show it until the very end," former F1 world champion Damon Hill said after the session.

The biggest threat to Verstappen's quest for pole may turn out to be the weather, with showers forecast during qualifying. 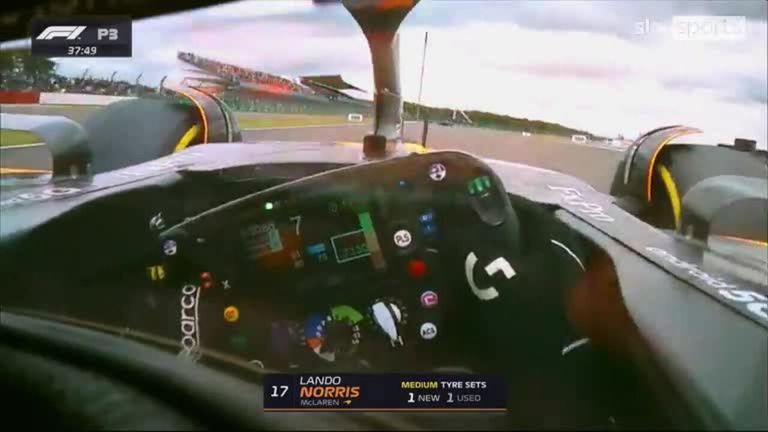 However, as was proven during Practice Three when showers had been expected but never came, the Silverstone weather is far from predictable.

Lando Norris provided further cause for celebration amongst the throngs of British fans in attendance, with the McLaren driver sealing his place as the 'best of the rest' in seventh.

Valtteri Bottas was eighth for Alfa Romeo, with the Haas of Mick Schumacher and Fernando Alonso's Alpine rounding out the top 10.