Christian Horner has hit back at Toto Wolff after suggestions that Red Bull were one of the teams with an illegal flexible floor - which is explained below; Watch the French GP on Sky Sports F1 this weekend, with Sunday's race at 2pm 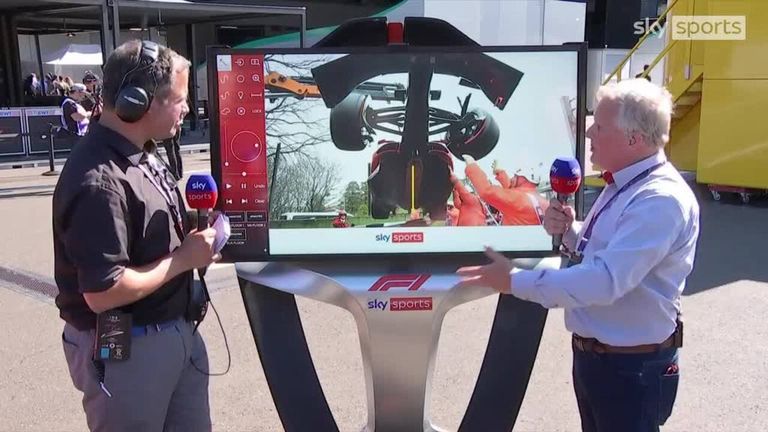 Christian Horner has dismissed suggestions that Red Bull could be one of the teams affected by a new F1 directive as "total rubbish", hitting back at Mercedes counterpart Toto Wolff amid an on-going 'flexi floor' debate.

The FIA, F1's governing body, have confirmed that a new technical directive on the car's floors will be in place from August's Belgian Grand Prix, resisting pressure from some of the top teams to loosen the clampdown.

The directive is mainly centered around safety and trying to reduce the porpoising of cars with a new metric. But the FIA are also introducing measures to stop teams from flexing their floors, following speculation that some were exploiting a loophole to boost performance.

Mercedes, F1's previous dominant force, believe Red Bull and Ferrari, 2022's fastest teams, have more flexible floors than the rules intend, with the focus on the wooden plank and skid blocks underneath the cars.

Asked by Sky Sports F1 whether he thought some teams were circumnavigating the rules, team boss Wolff said in Austria: "I think so. I haven't been able to squeeze the skids of certain teams." 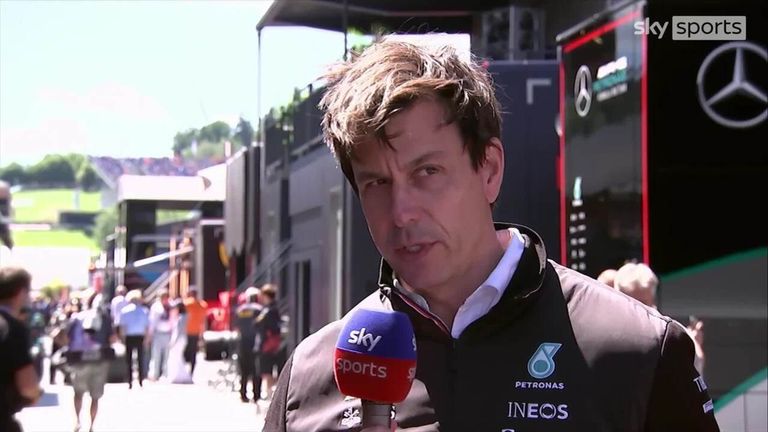 Questioned on who those certain teams were, he answered: "Yeah, we are looking at our competitors."

Both Red Bull and Ferrari have been adamant about their car's legality and they have passed all official FIA checks up to this point. They have also both voiced their discontent about the new technical directive.

But Horner slammed the notion that Red Bull were utilising a flexing floor to find performance, while also joking that Wolff was "referring to the cars around him at the moment" - a dig at Mercedes' lack of form at the front.

"That's total rubbish," insisted Horner. "Absolutely no issues or concerns on our floor."

F1's flexi floor saga and why it could have performance impact

The porpoising of the cars has been a 2022 phenomenon and following an Azerbaijan GP that saw drivers in visible discomfort because of the bouncing, the FIA released a technical directive that all teams would have to follow, with a new metric to measure the vertical oscillation of cars.

But also included - in a revised directive prior to be debuted at the Belgian GP - a focus on plank wear and, more pertinently, flexibility.

F1 regulations state that a car's floor plank can only flex by 2mm. However, the FIA's checks only take place in three areas of the floor, and there are suspicions that some teams have been able to engineer more flex in places they aren't checking - potentially thanks to the mounting of their skid blocks, titanium plates that are fixed onto the plank.

There are suggestions that teams have been able to instead get up to 6mm of flex thanks to this, which would give an aerodynamic benefit as cars would be able to run a higher rake, and lower to the ground. This part of the directive - which Wolff labelled a "shocker" earlier this month - is not a rule-breaker but circumvents their intent, and has led to even more of a divide between Mercedes, and Red Bull and Ferrari.

Mercedes have been one of the teams affected most by porpoising and are accusing their rivals of flexing their floors, while Red Bull and Ferrari have little to no bouncing and are those accused of having a flexi-floor.

"Probably I would have wished that it comes a little bit earlier," said Wolff, with the directive having previously been intended for the French GP this weekend. "But it is what it is. In Spa we won't see that anymore."

Wolff also said he wanted the directive immediately because "it can have a performance impact".

Red Bull and Ferrari, meanwhile, oppose both key parts of the directive.

"The technical directive is obviously focused on the bouncing and the porpoising which certain cars have struggled with," Horner explained.

The saga may be on hold for now as we wait for the directive - but the war of words will surely continue.