F1 driver market: Explaining the Oscar Piastri and Alpine fiasco and what it means for the 2023 grid

What started with some Sebastian Vettel and Fernando Alonso bombshells, has turned into two teams seemingly battling over a rising young star; the story of Oscar Piastri, Alpine vs McLaren, and what it means for Daniel Ricciardo and the 2023 grid...

Formula 1's driver market has erupted into high drama following Oscar Piastri's extraordinary Alpine snub, which leaves the French team in limbo, and us with plenty of questions about what's next for 2023.

'Silly season' has well and truly arrived, so let's explain how we got here via some Sebastian Vettel and Fernando Alonso bombshells, a shock rejection and how McLaren and Daniel Ricciardo are right in the thick of it...

We have long known that all three of the top teams have their line-ups filled for 2023, while a news-heavy Hungarian GP weekend gave us more confirmation about next season's grid.

Sebastian Vettel's retirement opened up a space at Aston Martin, which they promptly, and surprisingly, filled with another multiple world champion in Fernando Alonso.

That freed up a space at Alpine, one they thought they had their own quick solution for when announcing the promotion of Oscar Piastri - although the highly-rated Australian hit back to insist he would not be driving there.

To add to the circus (which we will explain below), there could also be a spot open at McLaren, where Daniel Ricciardo is adamant he has a watertight contract for 2023 but the team's management have hinted at having options, hence the asterisk in the table above.

On paper at least, Alpine is the best available seat in F1, while the Williams opening appears the next most attainable.

Alonso's shock departure from Alpine to Aston Martin, who are currently five places and 79 points worse off in the championship, was down to a contract dispute, with the Silverstone outfit more willing to give the 41-year-old the multi-year deal he desired.

It certainly came as a surprise to Alpine, although also appeared to solve one of their issues. The Renault-owned team had already been sweating over the future of Piastri, their reserve driver and the reigning Formula 2 champion, and looked set to try and find him a seat elsewhere, the difficulties of which they learned last year when trying and failing.

Alonso's exit opened up a competitive seat, and Alpine had a very competitive driver in-house and waiting. Simple, right?

What's all the fuss about Piastri?

Piastri has been regarded as motorsport's most talented youngster for some time. Piastri claimed three single-seater championships in a row from 2019, while his feat of back-to-back Formula 3 and Formula 2 titles is one only achieved before by Charles Leclerc and George Russell. But while Leclerc and Russell immediately landed seats in F1 after their triumphs, Piastri had to settle for being Alpine's reserve driver in 2022.

Alpine announced Piastri on Tuesday afternoon, although eyebrows were raised for many reasons. Firstly, the news came just hours after team boss Otmar Szafnauer said that there was no agreement. The press release was also put out in what would have been the middle of the night in Australia - not the best for traction and home support - while it also never actually used the words 'signed', rather 'promoted'. Most bizarrely and suspiciously, there were no quotes included from Piastri himself.

We didn't have to wait long to get a reaction from Piastri, and it wasn't one Alpine would have been expecting.

"I understand that, without my agreement, Alpine F1 have put out a press release late this afternoon that I am driving for them next year," posted Piastri on social media.

"This is wrong and I have not signed a contract with Alpine for 2023. I will not be driving for Alpine next year."

Why has Piastri snubbed Alpine and what now?

So why has Piastri turned his back on the team who have funded his junior career for the last four years? After all, landing a seat in F1, particularly a competitive one, should be a dream for any youngster.

While we await a detailed explanation from Piastri, his initial comments and specifically his insistence that he will not be driving for Alpine, makes it clear that he believes he has a seat elsewhere lined up in 2023.

Alpine, however, believe they are also on solid contractual ground - and that Piastri has an obligation to drive for them.

It leaves us in driver market limbo, while the summer break means there will likely be no reaction from teams and drivers for a little while.

If Piastri does agree a deal with another team there could be a settlement involved, or if Alpine dig their heels, it could be a matter for F1's contracts recognition board, made up of independent lawyers, to settle the dispute.

Could he join McLaren? What does this mean for Ricciardo?

As we mentioned above, it is obvious Piastri is targeting - or maybe has already secured - another seat in F1.

Fascinatingly, all the signs are pointing to McLaren, Alpine's main midfield rivals.

Well, McLaren's seat is the only (seemingly) attainable one on the grid that could be viewed as an attractive option as Alpine's, and it would be very odd for Piastri to turn his back on his own team for one further down.

Piastri is also known to have had conversations with McLaren management in recent weeks. 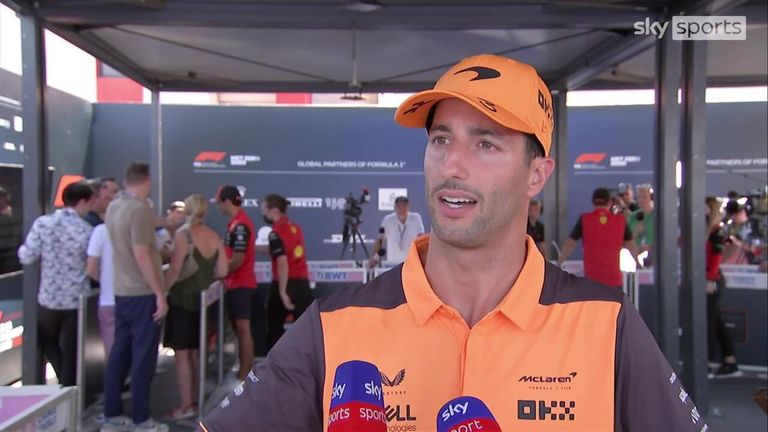 This, of course, puts Ricciardo's future in immense doubt.

There have been rumours about McLaren's second seat next to Lando Norris for some time, although Ricciardo - who has been under pressure this year - attempted to squash that talk when insisting last month that he will not be walking away from F1, and will see out his McLaren contract to the end of 2023.

McLaren have hinted at having "options" with Ricciardo's contract, though it is understood that it is the Australian who has the exit clauses.

If McLaren have been targeting Piastri to fill his seat, it may be that Ricciardo looks to leave himself - and in that scenario a sensational return to the Renault family may be on the cards.

Ricciardo left Renault for McLaren two years ago but Alpine have suggested that the door would be open for a return. Ricciardo shone with the Enstone team as Ocon's team-mate before his exit for 2021.

Evidently, there is still plenty left to be resolved and plenty more to be said in this unexpected F1 saga. It is a quite incredible turn of events, particularly over a driver who has never turned a wheel in the sport.

What about the other spots available on the '23 grid?

There are also many unknowns about the other spots on the F1 grid.

At Alfa Romeo, Valtteri Bottas has a long-term contract, though Zhou Guanyu does not. At this stage, you'd lean towards the Chinese rookie earning another shot next year, although it's not certain.

Similarly, you'd expect Mick Schumacher to secure his seat alongside Kevin Magnussen at the Ferrari-powered Haas. 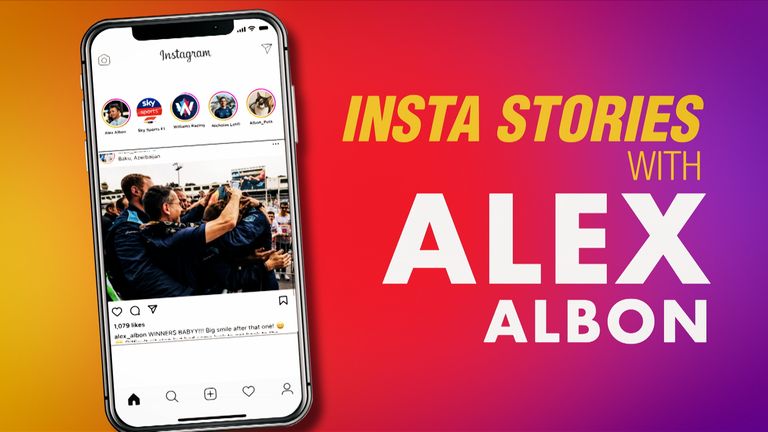 Yuki Tsunoda doesn't yet have a contract to partner Pierre Gasly again at AlphaTauri next year. Red Bull have been keen in the past to give other youngsters opportunities, though Tsunoda has been more competitive this season and there isn't an obvious contender from the junior ranks right now.

The Williams seat next to Alex Albon appears readily available. There was talk of a Williams confirmation as early as Wednesday when they teed up an announcement for 3pm, although in the end that was a new contract for Albon.

Still, a driver signing may not be too far away, and it is expected that the Grove team move on from Nicholas Latifi.

Nyck de Vries, the Mercedes reserve driver and reigning Formula E champion, is seen as the favourite, although don't rule Williams out of the Piastri race if that contractual dispute gets messy.