A flare was thrown onto the middle of the track during Q2 to lead to red flags; Max Verstappen, who claimed pole on Saturday, says: "It's not good for anyone. You get thrown out, you can't see the race, and for us the session is stopped because it's dangerous" 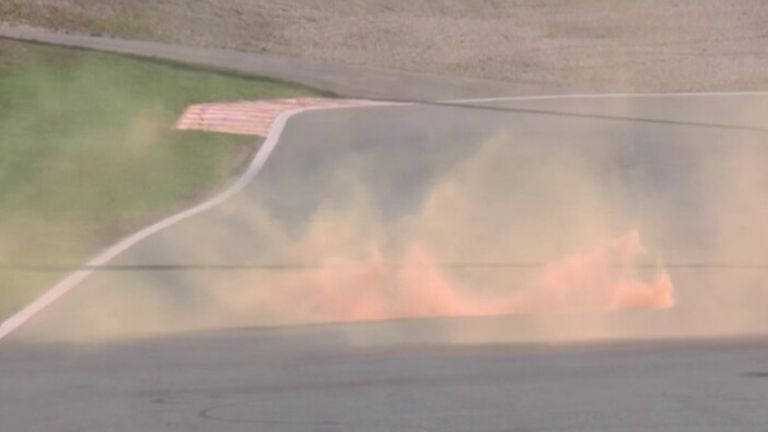 Max Verstappen has labelled fans who threw flares onto the track in Dutch GP qualifying "stupid" and "dangerous" as the home favourite's passionate support went overboard to disrupt Saturday's shootout.

Fans have been using flares in the grandstands to show their support for Verstappen this weekend but one was was thrown onto the middle of the track during Q2 in qualifying, causing a red flag while it was removed.

The FIA said in a statement that the culprit had been identified and removed by security.

Just before the final Q3 laps, another orange flare was thrown - although this time didn't end up on the track.

After securing a nail-biting pole for his home race, Verstappen said: "It's just very silly to do.

"To hold flares already, it's nice, there's a limit to how much, but to throw it on the track is just stupid and I think also the person got removed," he added. 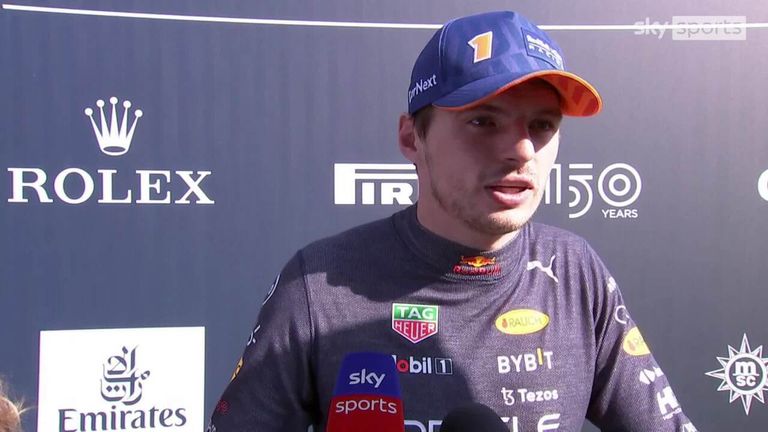 "It's not good for anyone. You get thrown out, you can't see the race, and for us the session is stopped because it's dangerous, there's stuff on the track. You shouldn't do it."

Event organisers have displayed signs to make it clear to fans that flares are not allowed on site, although there have been many spotted in the grandstands this weekend contributing to a sea of orange.

"It's dangerous so don't do these type of things," said Charles Leclerc, who Verstappen edged out for pole. "It's good that there was a reaction, and this shouldn't happen. In the future if we have to do anything to avoid that... 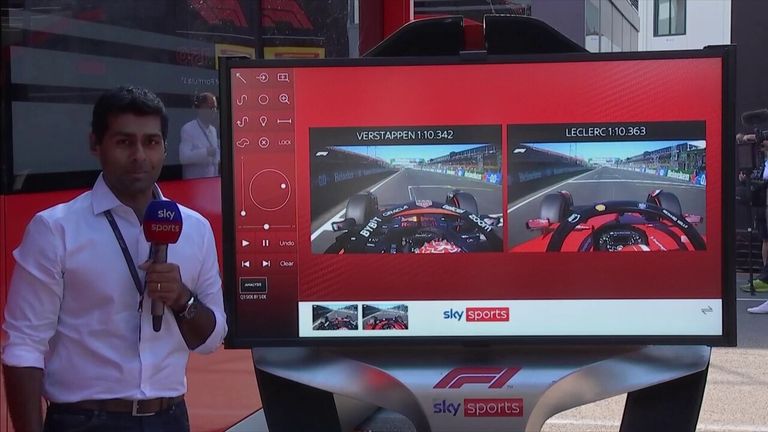 "Obviously if a car is passing at that time it's a very unnecessary risk."

Earlier this season in Austria - another heavily Verstappen-supported event - drivers complained of smoke distracting them at the start of the race.

"It's also important to let the fans know when it's possible to use the flares, and when it's not," said Leclerc's Ferrari team-mate Carlos Sainz. 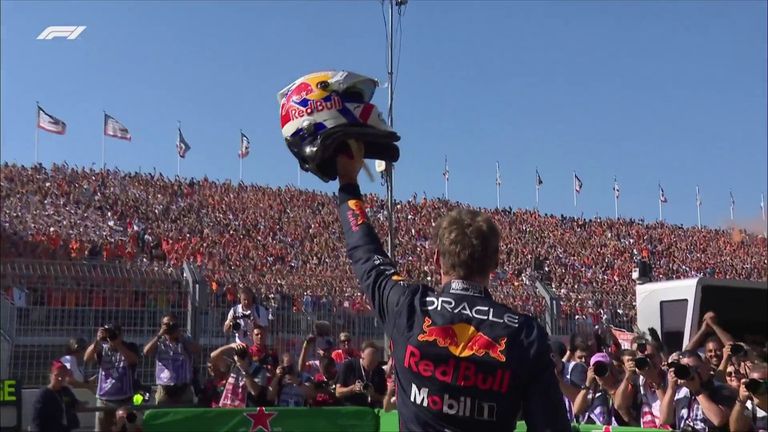 "I think it's good not to use them on Lap One and there can be a distraction from smoke. Hopefully the organisation can do a good job in warning them when it's not a good time to use them."

Verstappen otherwise hailed his "special" support amid an incredible atmosphere.

Mercedes boss Toto Wolff meanwhile fears an F1 driver could face "lethal consequences" if flares are thrown onto the track during Sunday's race.

"It's a shame that there are a few total idiots out there who don't consider what a flare on track can do to a driver," said Wolff.

"If such a can hits you, it could have lethal consequences. The halo wouldn't help you in that. 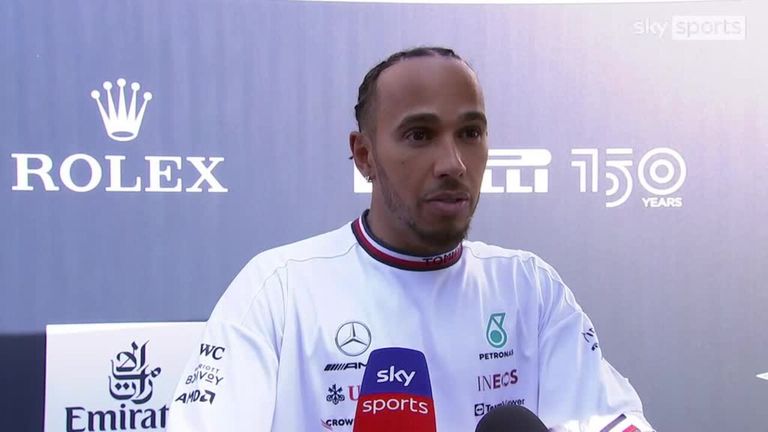 Wolff was also asked whether he thought a flare was targeted at Lewis Hamilton, who had a fierce rivalry with Verstappen last year.

"We looked at the camera angles and Lewis was going through the pit lane when it happened," he replied.

"I don't know if somebody threw it at him but it happened before he actually was at that point. I hope that the organisers get a grip on it with the security."

George Russell, who lines up in sixth, said: "If you run over a flare, and it is sharp, it can give you a puncture. It could cause a lot of damage.

"It would be a shame to see them banned and stopped for good because it has become part of the show. But I would like to see people show common sense rather than throwing them onto the track."