Max Verstappen has to outscore Charles Leclerc by 22 points, Sergio Perez by 13 and George Russell by six to claim title in Singapore; it would be earliest coronation in 20 years, and the second earliest in Formula 1 history; watch Singapore GP live on Sky Sports F1 on Sunday at 1pm

Max Verstappen will have his first chance to clinch a second Formula 1 world championship at the Singapore GP, with a scintillating run of form putting the Dutchman in contention for the earliest title finish in 20 years.

The Red Bull driver, on a career-best streak of five consecutive wins, is 116 points clear of his previously close title rival Charles Leclerc with six races remaining, while his team-mate Sergio Perez is nine points further back.

Mercedes driver George Russell and Ferrari's Carlos Sainz are the only other drivers still in mathematical contention for the 2022 crown, although their deficits are even larger.

Verstappen's advantage means he can wrap up the defence of his title at the Singapore GP - albeit an unlikely scenario. 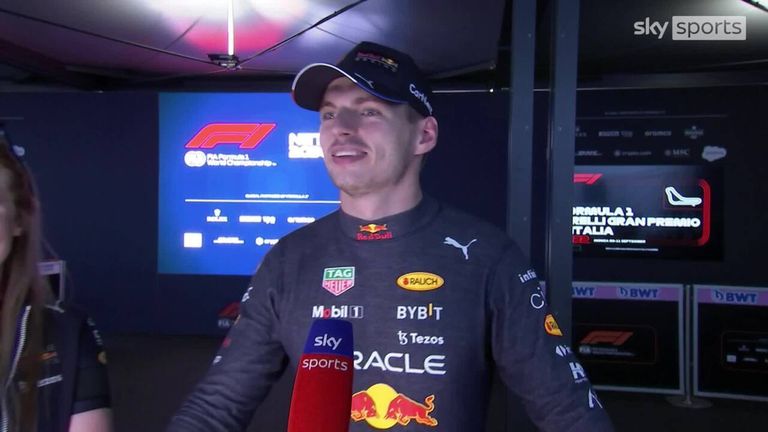 With five races remaining after Singapore and a maximum of 138 points available - 26 for a race win with a fastest lap and eight extra for the Sprint race at the penultimate Brazilian GP - Verstappen has to outscore Leclerc by 22 points, Perez by 13 and Russell by six to claim the championship.

That means Verstappen has to win the race, while he also needs a disastrous evening under the Singapore lights for Leclerc and Ferrari, on top of his team-mate finishing off the podium.

How Verstappen can win the title at the Singapore GP The F1 drivers' title has only ever been won with five races remaining twice before.

Michael Schumacher holds the record, clinching his fifth crown with six races left in the 2002 season, while Nigel Mansell won his championship a decade earlier with five rounds still to go.

Verstappen has a chance to join Mansell, although a coronation at the Japanese GP the following week appears more likely - and only two drivers (Schumacher, 2001, 2004, Sebastian Vettel, 2011) have won the championship with four races remaining.

Verstappen would have to leave Suzuka with a points advantage of 112 points to do so, meaning he can drop points to his closest rivals over the next two races and still head to the United States GP as the champion.

As for the constructors' standings, Red Bull cannot wrap up their first team championship since 2013 just yet.

Red Bull are 139 points ahead of Ferrari and 174 clear of Mercedes, and there will be 235 points still to play for after the Singapore GP.