"It's disrespectful to Jules, disrespectful to his family," says Pierre Gasly as he narrowly avoids recovery vehicle on track, eight years after Jules Bianchi's death in similar circumstances; the FIA has penalised Gasly for speeding under red-flag conditions

Pierre Gasly says he feared for his life at the start of the rain-soaked Japanese GP after the "unacceptable" use of a recovery truck on track, which he insists was disrespectful to the late Jules Bianchi and his family.

F1's governing body the FIA, however, penalised Gasly for speeding under red-flag conditions, handing him a 20-second time penalty and two penalty points.

After a chaotic and crash-heavy start to the race in torrential rain at Suzuka, a recovery vehicle was sent onto the track to collect Carlos Sainz's Ferrari at Turn 12. Most cars passed the crane at slow speed behind the Safety Car, although Gasly - who started in the pit-lane and was well behind the pack - was going quickly as he encountered it in poor visibility.

"What is this tractor on track?" Gasly said on team radio. "I passed next to it. This is unacceptable. Remember what happened. Can't believe this! We don't want to see ever, a crane on the track."

It comes just eight years after Bianchi crashed into a recovery vehicle in similar conditions at the same track in Suzuka. Bianchi died from the injuries sustained in the accident, which led to F1 changes to improve safety.

Bianchi's father Phillippe posted on Instagram during the Japanese GP that there was "no respect for the life of the driver, no respect for Jules' memory".

Gasly, a French compatriot of Bianchi, added to Sky Sports F1 that he was lucky to be alive.

"We lost Jules already," he said. "We all lost an amazing guy, an amazing driver, for the reasons that we know. Eight years ago, on the same track, in the same conditions, with a crane.

"How? How today can we see a crane, not only in the gravel, on a race track, while we are still on the track? I don't understand that.

"Obviously I got scared. Obviously if I would have lost the car in a similar way Carlos lost it the lap before - it doesn't matter the speed, 200kph, 100 - I would have died, as simple as that. I don't understand. 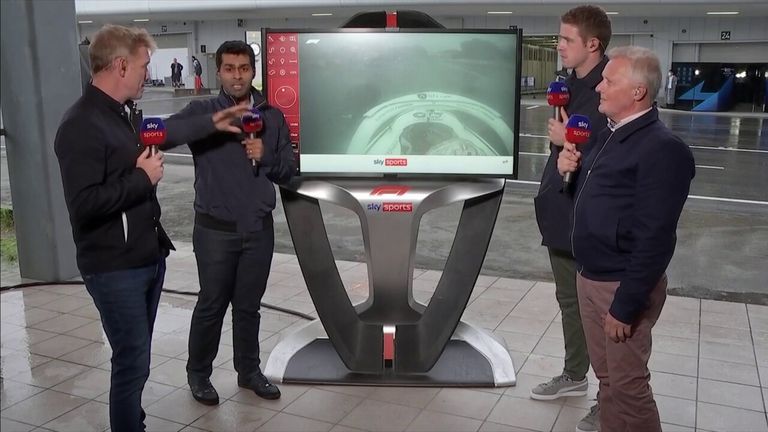 "It's disrespectful to Jules, disrespectful to his family. All of us are risking our lives out there. We are doing the best job in the world but what we are asking is to at least keep us safe, it's already dangerous enough.

"Today I just feel it was unnecessary. We could have waited one more minute to get back in the pit-lane and then put the tractors on track.

"I'm just extremely grateful that I'm here and tonight I'm going to call my family and all my loved ones and the outcome is what it is. I passed two metres from that crane, and if I was two metres to the left I would have been dead."

The FIA has since confirmed they are conducting a full investigation into the incident.

There were double-waved yellows and shortly after a red flag when Gasly passed the vehicle.

The FIA said Gasly was at fault for driving too fast in the conditions, and the Frenchman was hit with penalties after the race. He finished 17th and the penalties demoted him to 18th, with two penalty points taking his 12-month tally to nine out of a permitted 12.

"After passing the scene of the incident, Car 10 continued under the red flag situation, at speeds which exceeded 200 km/h on multiple occasions, and which reached 251 km/h at one point," read the stewards' verdict.

"The driver conceded that he now understood that there could have been marshals or obstacles on the track and admitted that he was too fast. 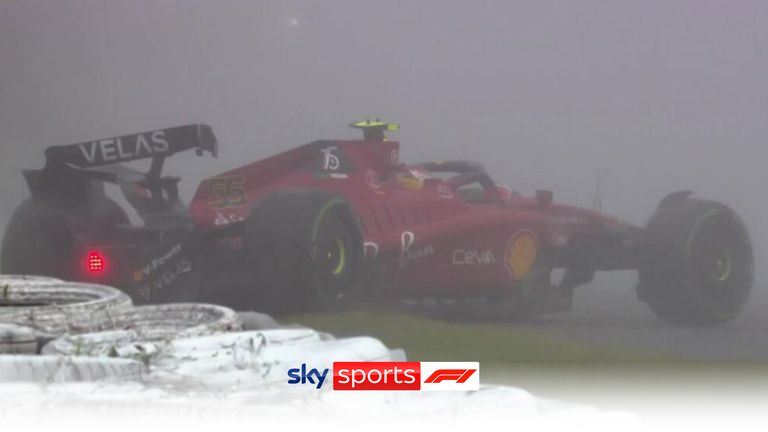 "However, in mitigation of penalty, we take into account that although the speed could not be any measure be regarded as 'slow' as required in the regulations it was slower than the maximum speed that could be achieved in these conditions.

"We also take into account the shock the driver experienced on seeing a truck on the racing line in the corner of the incident."

Before seeing the stewards, Gasly had contested: "I was respecting my delta lap time.

"We have a lap time to respect, and I was still nine seconds slower than that delta. This is not fair. I was doing everything correctly.

"That crane should have not been there. They're probably going to say I was wrong, it was all my mistake, I don't know. All I care about is my colleagues, all of us, in the future we don't face this kind of situation because if I had aquaplaned I would not be standing here and there will be another one after Jules.

"I don't think its respectful for him and all his family."

Gasly was not the only driver or team boss to slam the recovery vehicle on track.

"That's the lowest point we've seen in the sport for years," said Red Bull driver Sergio Perez. "What happened today just makes me so angry. I just hope ever in the sport we never get to see this situation ever again.

"We saw what happened here a few years ago with our friend Jules and absolutely I don't care about what was the reason for that. It should never happen again, ever in any category." 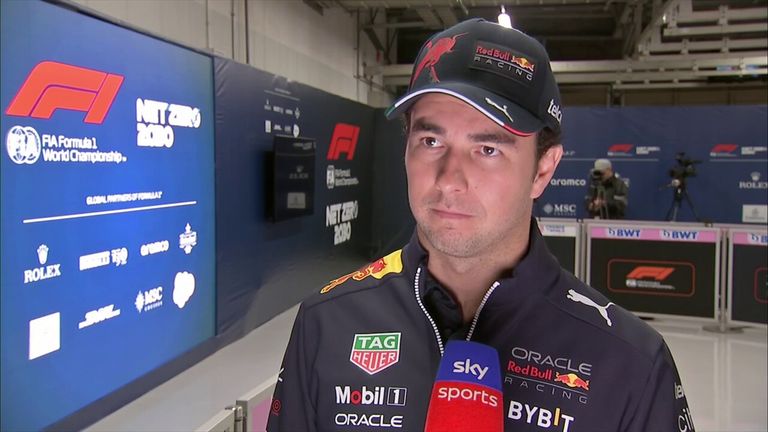 On the learnings after Bianchi, Aston Martin's Sebastian Vettel said: "It's probably not enough after what happened here today.

"Like lots of things we need to understand and learn from because today we were just lucky."

"How's this happened!?" tweeted McLaren driver Lando Norris. "We lost a life in this situation years ago. We risk our lives, especially in conditions like this. We wanna race. But this… Unacceptable."

Grand Prix Drivers' Association chairman Alex Wurz added: "I think we need to discuss a tractor on track..... we can keep it short: this must NOT happen guys."

"We lost Jules Bianchi here eight years ago, and that should never ever happen," said Red Bull boss Christian Horner. "There needs to be a full investigation into why there was a recovery vehicle on the circuit. Checo reported it to us and of course in those horrendous conditions when visibility is zero, it's extremely dangerous.

"The Virtual Safety Car was brought in for a reason following that awful accident all those years ago. There needs to be a full, full investigation into why that vehicle was on track because it obviously shouldn't have been there."

Sainz, whose crash brought out the vehicle, continued: "Even behind Safety Car, we are going 100,150kph and still at those speeds we see nothing. So if one driver decides to get a bit out of the racing line, has a small aquaplaning, hits a button on the steering wheel and gets a bit out of line and hits a tractor, it's over, no?

"I still don't know why we keep in these conditions risking having a tractor on track because it's worthless anyways. You are going to red flag it anyway, so why risk it?"

Jenson Button: "I completely agree with Pierre and all the drivers, there should never be a crane on the circuit in those conditions. The other thing is, even if the crane wasn't there, he was going too fast.

"There are double-waved yellows, and you're supposed to be able to stop if you need to. To be fair to Pierre, I don't think any driver respects it that much, but he was going past it at a high speed. Two very different points.

"I totally agree with him there should never be anything on the track that should harm you. But the marshal jumping out the way, it's because he was going very fast past the incident."

Karun Chandhok: "We are not laying 100 per cent of the blame on Gasly. My view on it is that they would have seen Gasly still on track and the recovery vehicle is within the white line. So perhaps they could have kept it in a safer position before bringing it on.

"There's things that Gasly could and should have done - go slower at a pace you're prepared to stop - but equally at race control they could have done more to get it out of the way."