Formula 1 cost cap Q&A: What Red Bull are accused of, what's next, and how the FIA could punish team

With Red Bull and the FIA in a cost-cap standoff, we answer the key questions, such as how serious the offence is, what the punishments could be, what next and when...; F1 season continues with the United States GP on October 21-23, live on Sky Sports

The FIA confirming Red Bull's cost-cap guilt - but failing to provide details on the severity, the punishment or the timeframe - has left Formula 1 in limbo as we wait on what happens next for the sport's title leaders.

With the FIA mulling the penalties, Red Bull defending their case, and rival teams angry, it's an F1 saga that is set to continue - and Sky Sports has you covered with the answers to the key questions...

What exactly have Red Bull been found guilty of?

After weeks of speculation, the FIA ruled last Monday that Red Bull were guilty of a 'minor' breach of F1's cost cap, which debuted in 2021 to level the playing field and limit teams to spending a maximum of $145m per year.

Aston Martin, who were previously rumoured to have also overspent, only committed a 'procedural' breach, which is related to filling out forms incorrectly - the same as Williams earlier this year.

All seven other teams were issued with certificates of compliance. How much are Red Bull accused of overspending by?

The FIA has not disclosed how much Red Bull went over the budget cap. In theory, therefore, it could be a matter of thousands, or up to that $7.25m mark.

It has been reported that Red Bull have not exceeded the limit by more than $2m, which is much less than rival teams were suggesting back at the Singapore GP. That, though, is all speculation until the FIA discloses more details.

What could the punishment be?

Like the figure above, the punishment is another key detail we just do not know, and a sporting infringement is not a black-and-white penalty like breaching the sport's technical regulations.

But we do know what the punishments could be.

What could F1 teams do with extra money?

It depends on just how much an F1 team overspent, but $7m is a hugely significant sum of money even to the larger teams, while even $2m would be enough for a crucial upgrade and potentially tenths of seconds.

The potential consequences for a 'minor' breach are a financial penalty and/or minor sporting penalty, and are as follows:

The FIA has said it is "currently determining the appropriate course of action to be taken", and the likely first choice would be for an 'accepted breach agreement' to be reached between Red Bull and the cost cap panel.

If that is not agreed, then it's up to the panel - formed of between six and 12 independent judges - to decide a penalty. 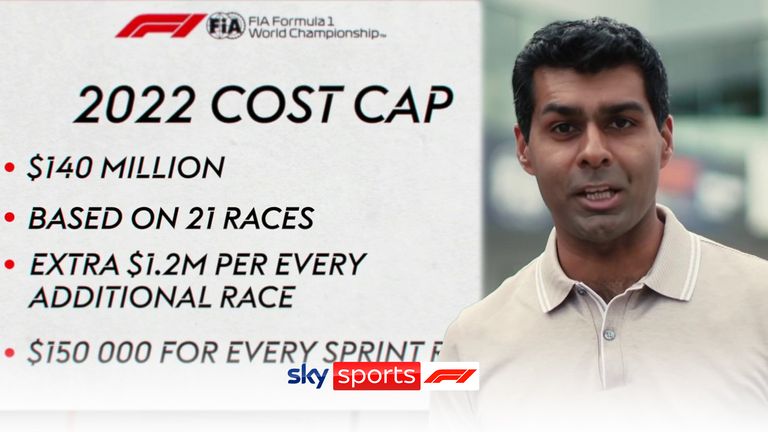 It's incredibly unlikely. While a deduction of championship points is one of the penalties listed above - and Max Verstappen's already contentious advantage of only eight points over Lewis Hamilton last year means any meaningful points penalty would put his title at risk - that punishment was only really on the table if Red Bull had committed a 'material' breach, going over five per cent, as their rivals suspected.

For the minor offence, a fine or a public reprimand have been mooted so far, although a limit on testing or a reduction of a future cap could have more significant consequences down the road.

How have Red Bull responded?

Red Bull have staunchly protested their innocence over the last few weeks and that continued after the FIA's verdict.

The team said they noted the findings "with surprise and disappointment", insisting they have complied.

"Our 2021 submission was below the cost cap limit, so we need to carefully review the FIA's findings as our belief remains that the relevant costs are under the 2021 cost cap amount," they added.

What are their options? Can they contest?

Red Bull's first move is to ponder an accepted breach agreement, although while that would mean a milder punishment and could not be appealed, it would also require an acceptance of wrongdoing from the team.

Their stance so far has hinted they are not willing to do that.

"Despite the conjecture and positioning of others, there is of course a process under the regulations with the FIA which we will respectfully follow while we consider all the options available to us," said the team on Monday night.

If Red Bull cannot prove their numbers were correct, do not enter an accepted breach agreement, and are handed a punishment by the cost cap panel, they can appeal to the FIA's International Court of Appeals. If that fails, they could even escalate it further than that.

Can other teams protest?

No. The formal complaints of the cost cap submissions - which were back in March - could only be raised by other teams between January 1 and April 30 of this year.

Crucially, no complaints were made by teams by that April date, so while Mercedes and Ferrari in particular have raised concerns publicly about Red Bull's overspend, they did not do so to the FIA.

A team can also not protest another team's certification.

What have other teams said?

As Red Bull's guilt was confirmed on the Monday after the Japanese GP and there has been no race since, no team boss or other employee has spoken publicly about the breach.

However, a letter sent by McLaren boss Zak Brown last week to the FIA has been leaked.

In the letter, first reported by the BBC, Brown, while not mentioning Red Bull by name, is quoted as writing that the breach "constitutes cheating" and says that team has an "unfair advantage".

He also states that a financial penalty would not be sufficient, insisting "there clearly needs to be a sporting penalty" and that a punishment must be handed out sooner rather than later.

When will the punishment be revealed?

It has been over 300 days since last season's championship was decided and more than half a year since these numbers were first submitted, so the FIA is likely to want to get this settled as quickly as possible.

The speed of a resolution, however, likely depends on how hard Red Bull fight their corner.

If there is an accepted breach agreement, it could be quick and there would be no appeals. If not, this may drag on.

What are the implications for the future?

This is a big moment for the FIA as it looks to lay down the law on the new cost cap.

If Red Bull continue to be found guilty but get a mild punishment, rival teams will likely be up in arms and the integrity of the budget cap in future years is at risk. 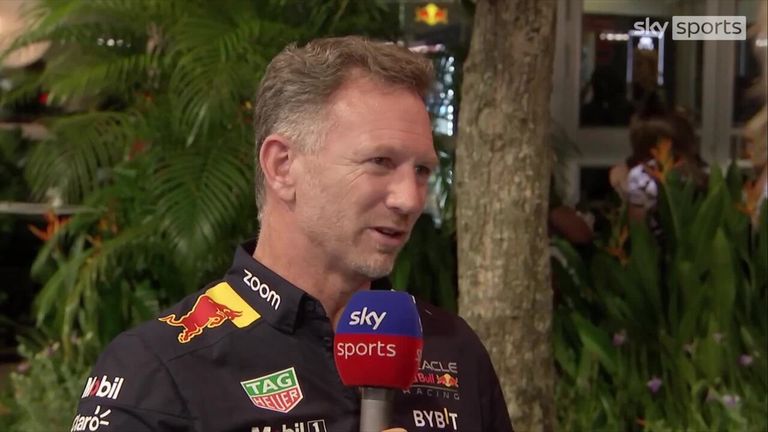 If Red Bull fight their case and are proved to be correct, this also raises questions about the cost cap's findings.

"I think it's fundamentally a good system - in its early stages - and a cornerstone of why Formula 1 is so strong at the moment," said Sky Sports F1 pundit Martin Brundle.

"Stopping teams spending two and three hundred million has been achieved but now we need to tighten up the last few million to make it fair."

Does the five per cent overspend range need to change?

There have been calls by many in F1 for a change to the five per cent overspend, which as aforementioned could put penalties into the same bracket if there was an overspend by thousands, and by upwards of $7m.

Some have suggested this is lenient for teams who do overspend by a significant amount, making them only 'half guilty'.

"What seems absolutely crazy to me is that a minor breach can be up to five per cent overspend on the cost cap," added Brundle. "That is $7m and we know that is a massive upgrade on a car, maybe even a B-spec for some teams.

"That needs tightening up for starters, because what is the point in having $145m and then having this five per cent variant?

"It has got to be made clear that you stick to the cost cap or just under it or otherwise it is going to hurt."