Formula 1 heads to the Autodromo Hermanos Rodriguez as Red Bull's cost cap sanction was delivered to team; the race will take place at 8pm on Sunday with build-up from 6.30pm 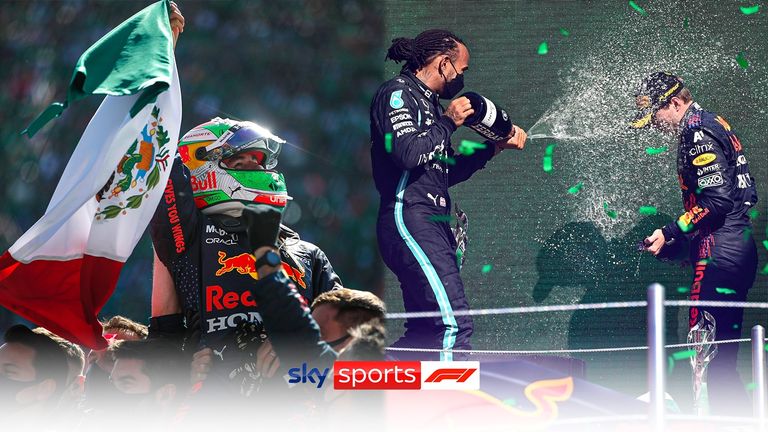 Get ready for epic racing - all live on Sky Sports F1 - as Formula 1 has arrived in Mexico for a Grand Prix weekend that is sure to provide talking points.

Another brilliant Max Verstappen victory last time out at the United States Grand Prix helped Red Bull confirm the addition of the constructors' championship to the drivers' title the Dutchman had already sealed.

However, the team have been handed a $7m fine and restrictions on aerodynamic testing for breaching last season's Formula 1 cost cap.

Following over two weeks of speculation, and criticism from rivals, after a 'minor' breach of the $145m limit in Verstappen's maiden title-winning campaign, Red Bull were given their punishments on Friday after reaching an 'accepted breach agreement' [ABA] with the FIA.

The ABA meant Red Bull had to admit their wrongdoing - with the team $2.2m over the cap after inaccurately excluding or adjusting a number of costs - but crucially brought with it an end to an F1 saga and less severe punishments.

On track in Mexico City, Verstappen secured pole position for the first time at the Autodromo Hermanos Rodriguez with a 1:17.775 lap followed closely by impressive work from both Mercedes drivers.

George Russell, who believes Mercedes have 'the fastest car' this weekend, secured P2 and his team-mate Lewis Hamilton will start in P3 ahead of home favourite Sergio Perez.