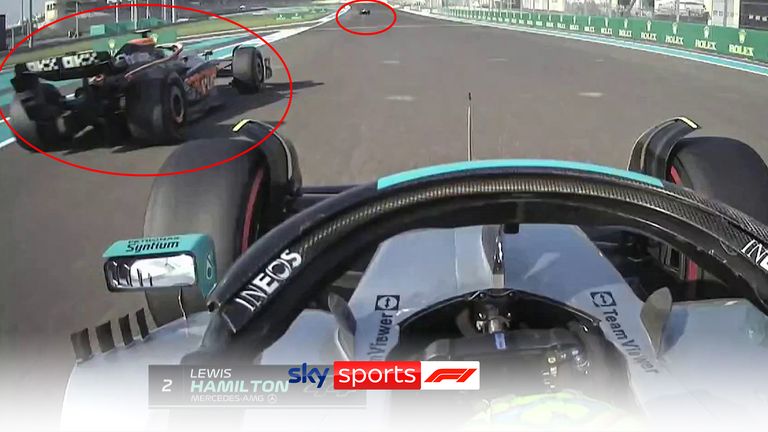 There was little surprise that constructors' champions Red Bull remained a step ahead of their rivals at the Yas Marina Circuit, but Perez being 0.152s clear of world champion Verstappen with a 1:24.982 was certainly unexpected.

Mercedes were hoping overnight setup changes would help them close the gap to Red Bull after Verstappen had topped second practice on Friday, but Hamilton was more than two tenths back from Perez, with team-mate George Russell further back in fourth.

Hamilton was eventually cleared of wrongdoing following a nervous wait, having come under investigation for failing to slow down after a failure on Pierre Gasly's AlphaTauri triggered a red flag.

Hamilton overtook McLaren's Lando Norris and the Haas of Kevin Magnussen as the red flag came into effect, but was later adjudged to have taken "every reasonable action" to slow down.

Avoiding a potential gird penalty enhances the seven-time world champion's faint hopes of sealing a first victory of the campaign in the season finale. 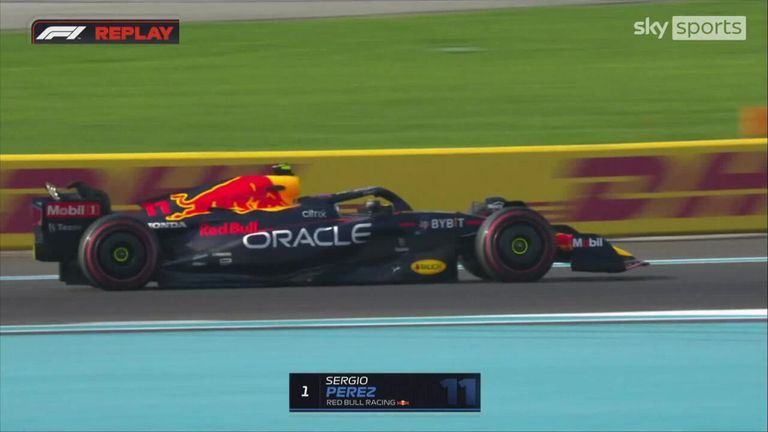 Norris, meanwhile, led a strong showing from McLaren to take fifth ahead of Ferrari duo Charles Leclerc and Carlos Sainz, with team-mate Daniel Ricciardo behind them in eighth.

While the session provides encouragement to Perez as he seeks to beat Leclerc to second in the drivers' championship, the fact it was conducted in hot sunshine and daylight means it is not representative of the night-time conditions Qualifying and the race will be run in.

However, the fact that Red Bull looked equally - if not more - strong under the lights on Friday, is an ominous sign for their rivals. 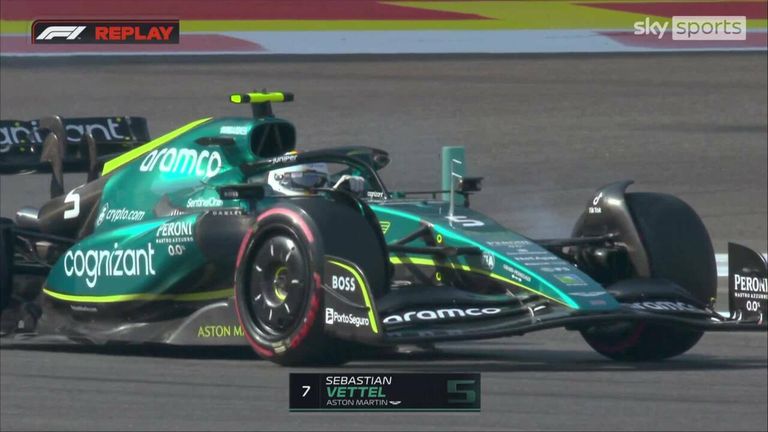 Ferrari, whose team principal Mattia Binotto is facing continued speculation over his job security, appeared a step behind both Red Bull and Mercedes, with Leclerc heard complaining about his engine during the session.

Why was Hamilton investigated?

The most dramatic moment of the session came as the 'wheel brow' that guards Gasly's front right tyre came flying off the AlphaTauri.

A failure appeared to make the part come into contact with the tyre, which caused a puncture and for it to fly off, which triggered a red flag. 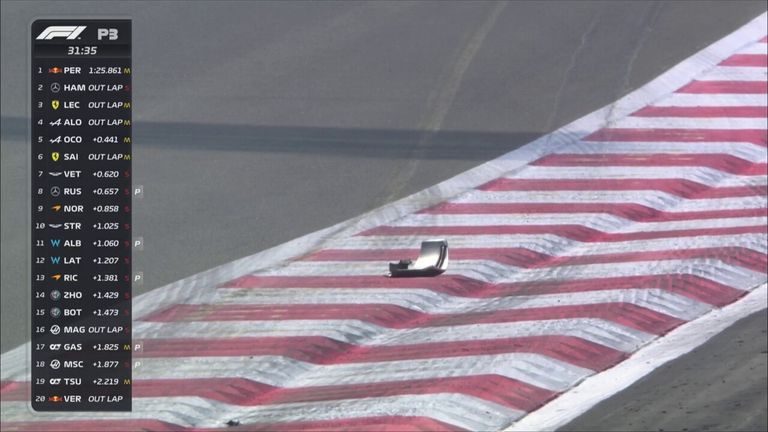 Hamilton, who was simulating a 'push lap', initially appeared to be oblivious to the red flag and overtook Norris and Magnussen, who were both going slowly.

On-board replays from Hamilton's car suggested it was unclear whether he had seen a red flag before overtaking the two cars.

The 37-year-old was called to see the stewards immediately after the session, but then had to wait more than hour before it was confirmed he had been cleared.

The stewards cited a similar incident involving Verstappen at last year's Dutch Grand Prix as setting a precedent for their decision.

An FIA statement said: "The driver of Car 44 took every reasonable action to comply with the regulations in that he immediately reduced speed in a safe manner at the earliest opportunity upon the first indication of the red light."