Mick Schumacher missed out on a place on the 2023 F1 grid after being replaced by Nico Hulkenberg at Haas; Schumacher has been a part of the Ferrari Driver Academy since 2019 but could now leave the Italian team to become Mercedes reserve driver

Toto Wolff has confirmed Mercedes' interest in signing Mick Schumacher as a reserve driver because the German "just fits" with the team.

Schumacher, the son of seven-time world champion Michael - who spent his final three seasons of his F1 career with Mercedes, is set to become a free agent after losing his Haas seat to Nico Hulkenberg for the 2023 season.

With Nyck de Vries having left his role as Mercedes reserve driver to take up a seat at AlphaTauri, the Silver Arrows have space for a new backup to Lewis Hamilton and George Russell.

Daniel Ricciardo was previously linked but has joined Red Bull and Schumacher, whose seven-time title-winning father Michael drove for Mercedes from 2010 to 2012, is now expected to land the role.

"Mick is someone that has always been close to our heart because of Michael or the whole Schumacher family," Wolff said at the season-ending Abu Dhabi Grand Prix.

"He (Mick) is an intelligent, well-mannered young man. He's been very successful in junior formulas.

"We believe that we can look after him if the situation were to happen and with someone that just fits the team."

Wolff added to Sky Sports in Germany: "I think he deserves a place and now we have to see if we can do something."

Schumacher has been a member of the Ferrari Driver Academy since 2019, but is expected to let that partnership expire in order to pursue other options within the sport.

Wolff suggested it was up to Schumacher and his manager Sabine Kehm to decide whether to take up a deal with the team.

"I'm seeing it that openly because I think he just fits and now we need to make it happen, if he wants to, Sabine wants to and then we see we see where that goes to."

Schumacher joining Ferrari's academy in 2019 led to hopes that he could follow in the footsteps of his father by driving for the Italian team, but the 23-year-old now looks set to end the relationship.

Reports surfaced midway through the season, as Schumacher's future with Haas became more doubtful, that he could lose the Ferrari ties, with the team having helped him progress through junior categories and to an F1 seat.

Ferrari team principal Mattia Binotto said in Abu Dhabi that while the team retain a high opinion of Schumacher, the young driver must do whatever is in his own best interests.

"If you look back at how he started, where he is ending, I think he has shown that he's capable of progressing.

"We as Ferrari and Ferrari Driver Academy believe he is a great driver now. After Haas has somehow decided for a different choice for the next season, we will need to sit down with Mick really, trying to decide what's the best for the future." 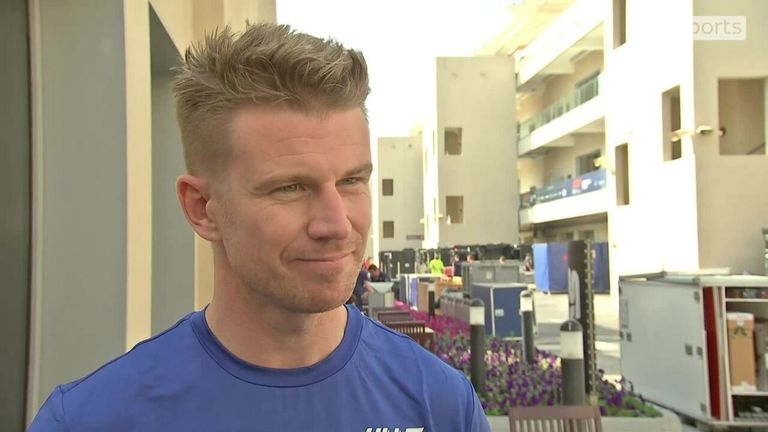 After failing to score a point in a very slow Haas car in his debut campaign, Schumacher showed signs of improvement in 2022, finishing eighth and sixth in back-to-back races in Britain and Austria.

However, he was unable to add to that tally and was ultimately outscored by team-mate Kevin Magnussen by 13 points.

Binotto continued: "I think the decision is really what would be best for him.

"We do not have any seat to offer him right now and I think what's most important when you're so young in your career is to make sure that you get the best opportunity for you.

"So we'll be fully open to different choices but something that obviously now we need to sit down with him and to conclude."