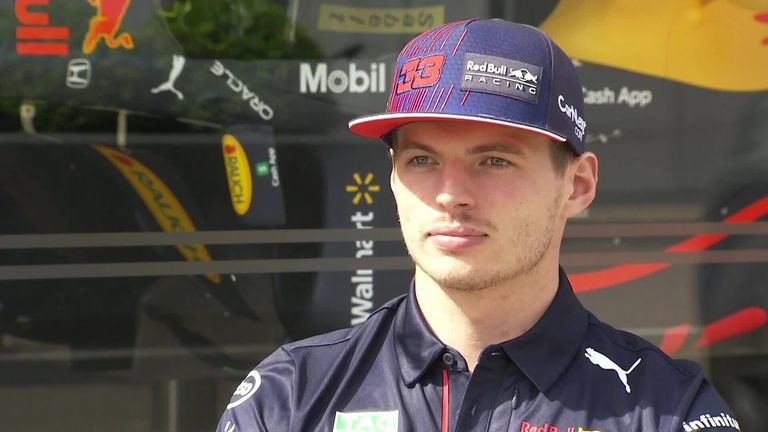 A typically confident Max Verstappen says he hopes to land another blow to Lewis Hamilton by taking the maximum 29 points at this weekend's British GP, as Silverstone prepares to debut the all-new F1 Sprint format.

But even if he wins both the Saturday and Sunday races this weekend, Verstappen, speaking to Sky Sports News in an exclusive interview, insists the title race will still be wide open despite the big advantage.

Verstappen heads to Silverstone this weekend with a 32-point lead over Hamilton, with the championship rivals set to do battle again on the world champion's home turf - with the added twist of a schedule shake-up.

For the first time in the sport's history, a shorter race on a Saturday will set the grid for the main event Grand Prix on the Sunday as the F1 Sprint format gets lift-off at the Home of British Motorsport.

"I'm hoping of course to come out of that race with 29 points," Verstappen told Sky Sports News' Craig Slater, eyeing the maximum total which can be achieved by winning the Saturday race (three points) and claiming the British GP victory on the Sunday with a fastest lap.

"I hope in racing perspective it's coming home [to Holland]," the Dutchman cheekily added. 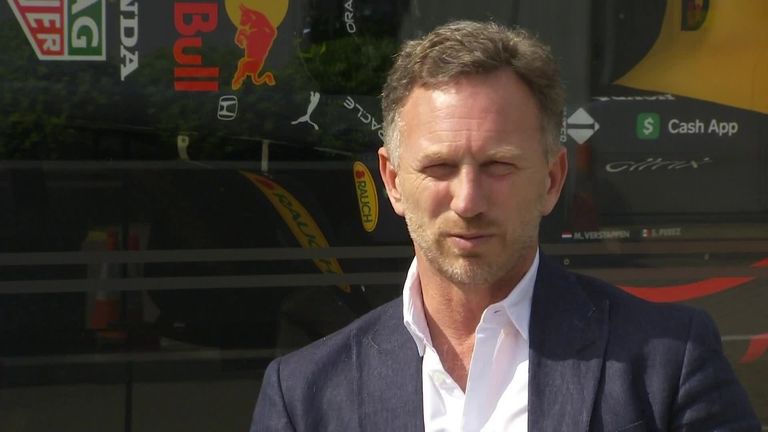 While always confident, Verstappen is in an even more buoyant mood heading to Hamilton's home race after winning four of the last five races for Red Bull. And he's looking forward to taking on Hamilton in front of a capacity crowd.

Red Bull boss Christian Horner is also relishing another Verstappen vs Hamilton clash, as his young driver takes on the seven-time champion, and seven-time Silverstone winner.

"I think it is as good as it gets, and with a new format this weekend," said Horner. "This is very much Lewis' turf and he's going to have huge home support, and it's a track he's dominated at over the years.

"It's going to be a real test for us but I'm really looking forward to it. I think Max is in the form of his life and the cars been performing really well." 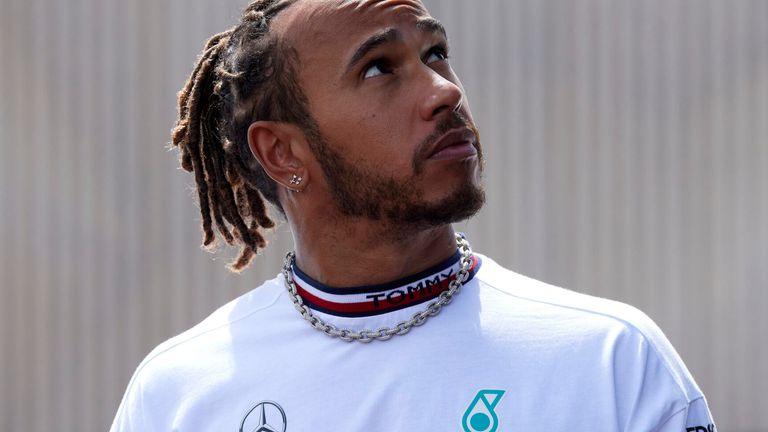 Verstappen, meanwhile, is taking nothing for granted in the championship battle despite Hamilton and Mercedes' recent struggles, and the fact he defeated them on the last track similar to Silverstone, Paul Ricard for the French GP.

"It's not over," Verstappen, targeting his first title, stated. "It's still a very long season, we're not even halfway.

"Of course so far we have been doing a great job, but again I think Silverstone is one of these tracks where they've always been really good at.

"But again, in France we have been struggling there in the past and I think we were very competitive there."

Verstappen, who is loving fighting Hamilton in similar machinery for the first time in his dazzling F1 career, continued: "Of course I would love to have had [a title-contending car] six years earlier, but you cannot force these kinds of things.

"You need to also be lucky sometimes to get into that position, and I'm just very happy that at the moment it looks like we have a competitive car."

Verstappen also spoke about the title race being "all about bringing upgrades" - which Red Bull have certainly impressed with in recent races. The F1 title challengers have won all five races since Mercedes' last victory, bringing new, seemingly decisive, parts to most Grands Prix.

It is a strategy Mercedes have admitted they are veering away from due to the huge rules overhaul fast approaching for 2022, with the world champions instead sticking to a steady update plan. They are bringing their first upgrade in many races to this weekend's British GP.

"It's such a difficult juggling act in truth," said Newey. "The regulation change for next year is the biggest one I'd say since Venturi cars were banned at the end of 1982, so it's a huge change and we've got to put the effort into that.

"But obviously we've got a chance at the title so we've got to keep pushing and it's all about that juggling act.

"The others are pushing hard, we're pushing, and we're only just a third of the season, there's such a long way to go."

Red Bull are currently 44 points clear of Mercedes in the constructors' standings.