Who wins battle of F1 giants? McLaren's discomfort as Ferrari find speed to close in on third

"At the moment they have the edge on us, both in Qualy and in the race and that's not a nice position to be in so late in the season"; McLaren are just three and a half points ahead of Ferrari with five races to go

Lando Norris has admitted that McLaren are "not in a nice position" despite their championship lead over Ferrari after the Scuderia's much-improved recent form has seen them speed ahead of their rivals on-track.

The battle between F1's two most successful teams - McLaren with 20 combined titles and Ferrari with 31 - has been tight and tense all season as they scrap over third in the championship, which would deliver much-wanted momentum for 2022 as well as a significant prize money boost.

McLaren have arguably had more eye-catching results this year, with more podiums and a race win, but Ferrari have now cut the gap to just three and a half points after outperforming the Woking team in the last few races.

That pace has coincided with an upgraded engine and at the United States GP, the first race where Charles Leclerc and Carlos Sainz were able to use the new Power Unit without taking a grid penalty, the red cars were markedly faster than the papaya, even though Daniel Ricciardo managed to salvage fifth behind Leclerc. The warning signs are certainly there.

"At the moment they have the edge on us, both in Qualy and in the race and that's not a nice position to be in so late in the season. We definitely need to try and find something to try and counter the attack."

McLaren finished third last season and are very much a team on the up given their low points with Honda, and kept their slender lead in the standings thanks to Ricciardo.

"The only way we're going to beat them is to make our car as fast as possible," the Australian told Sky F1. "Both of them were in front of me on Sunday and that was certainly a focus and I knew the first lap was crucial, that's why I was so pumped up getting Carlos. We'll just keep chipping away. Hopefully we're quicker in Mexico."

Ferrari are also a rejuvenated F1 outfit after following up a desperately poor 2020 - as they slipped from title challengers to their worst season in four decades - with a much more competitive 2021.

That is despite the fact the team have been openly focusing on next year's rules revolution rather than this season's car.

"We've only had two or three upgrades but they have made us do a big step forward and this is looking good for the future," said Leclerc after a superb fourth at the US GP.

"[Bouncing back] was the goal but until we do it it's very difficult to know if you're doing things right. 2021 was all about trying to build the best car for 2022 but the few upgrades we brought were significant." 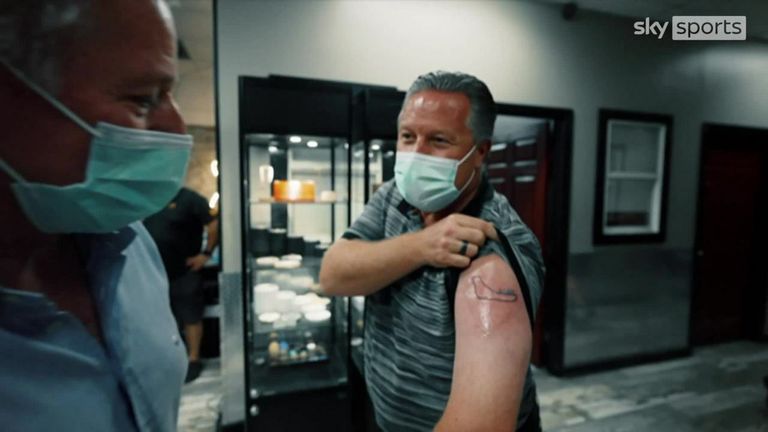 It didn't all go perfectly for Ferrari in Texas; Sainz and the team were frustrated after he finished seventh thanks to some feisty battles with Ricciardo and a very slow pit-stop. "We didn't maximise," said the Spaniard, while team boss Mattia Binotto added: "One slip up in what was overall a good weekend has cost us valuable points."

But there are still plenty of positives.

"We leave Austin having demonstrated, both in qualifying and in the race, that we have made progress even on a track that, on paper, is not particularly suited to our car," said Binotto.

"In this part of the season, the performance of the SF21 has improved, partly thanks to the introduction of the new hybrid system. I believe we can fight for third place all the way to the end and that we have everything in place to achieve that."