Just two laps behind the Safety Car at Spa as heavy rain wreaks havoc for shortest race in F1 history; Race was due to start at 2pm, was called off just before 6pm; Max Verstappen cuts Lewis Hamilton's title lead to five points, with half points awarded to top-10

The Belgian GP had to be red-flagged after just two laps behind the Safety Car due to continuous rainfall and poor conditions at Spa-Francorchamps, with Max Verstappen finishing as the official winner in the classification and cutting Lewis Hamilton's title lead.

Any hopes of a race, heavily delayed through the afternoon, officially ended almost four hours after the scheduled start time of 2pm BST, but critically - as enough laps were completed - half points were awarded for the top-10 finishers, who essentially sealed their results through qualifying.

That means pole-sitter Verstappen takes 12.5 points, while George Russell - the star of Saturday for Williams - has his first F1 podium, in bizarre circumstances, and scores nine.

Hamilton's third place gives him 7.5 points, though his championship advantage is down to just three points ahead of Verstappen.

"It's a win but not how you want to win," said Verstappen, before paying tribute to the bumper crowd, who stayed the duration despite the conditions.

"Today a big credit goes to all the fans around the track for staying here the whole day in the rain, the cold, windy conditions. They are actually the bigger winners today."

Russell, who joined Verstappen and Hamilton on a podium after the race, added: "We don't often get rewarded for a great qualifying but we absolutely did today!"

It was the shortest F1 race in history, and the first with only half points awarded since the 2009 Malaysian GP.

F1 stewards tried twice to get the race started - once at 2.25pm, when drivers voiced concerns about the poor visibility during a formation lap behind the Safety Car, with most insisting the race shouldn't start.

Three hours later, there was finally a green light and the Safety Car then led the 20 drivers out of the pit-lane for two laps - crucial for the classification - but the conditions were considered even worse than before and the race was soon red-flagged again. 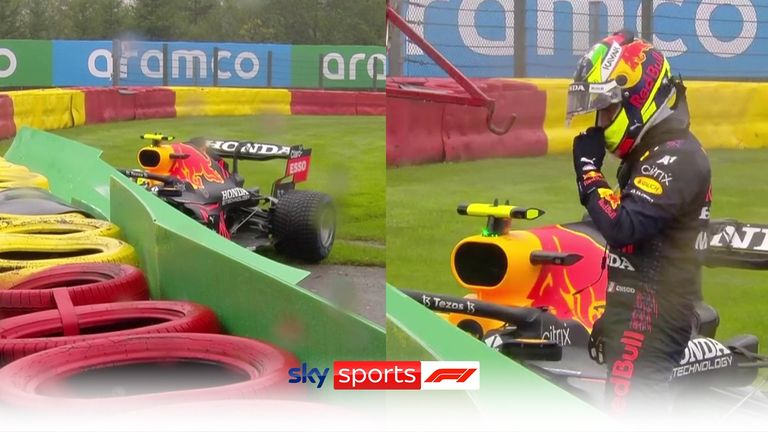 Despite the little amount of track time there was still crash drama, provided by Sergio Perez as the Red Bull driver, due to start seventh, crashed on his way to the grid earlier in the day. Perez's car - at first thought to be too damaged repair - was miraculously fixed during the long rain delay, but in the end that was inconsequential as he was sent to the back of the grid as per the F1 regulations.

His exit from the top-10 lifted Carlos Sainz into the points, along with Nicholas Latifi as Williams scored double points in consecutive races.

The story of the race that never was, and driver reactions

After the excitement and unpredictability of qualifying in the rain on Saturday, most fans would have been delighted when seeing the weather at Spa on Sunday. Unfortunately, the downpours were much heavier, and prolonged.

And most importantly, drivers just couldn't really see when they did get out on track. 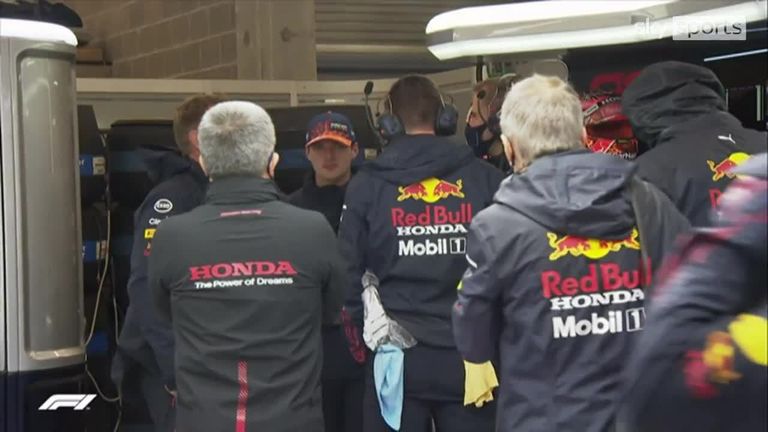 The scheduled start time of 2pm looked to be going to plan when drivers went to the grid on time - albeit with Perez crashing on the way - but F1 soon delayed the start procedure, eventually starting the formation lap behind the Safety Car 25 minutes late.

Drivers trickled around the famous high-speed 7km circuit, but while Verstappen said the conditions were safe to go racing, those behind him, suffering in the spray, reported otherwise on team radio.

"I can barely see the car in front," said Lando Norris, who was due to start 14th following his big qualifying crash in the McLaren. Alfa Romeo's Antonio Giovinazzi added: "Frankly, the conditions are not driveable." 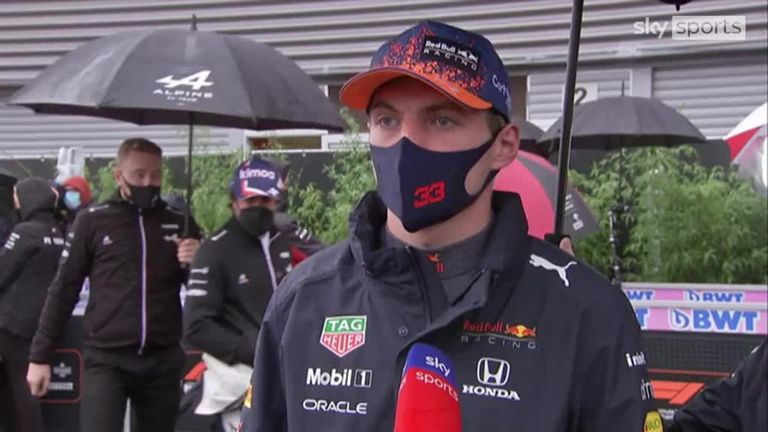 When the race was red flagged, Daniel Ricciardo stated: "This is the right call." 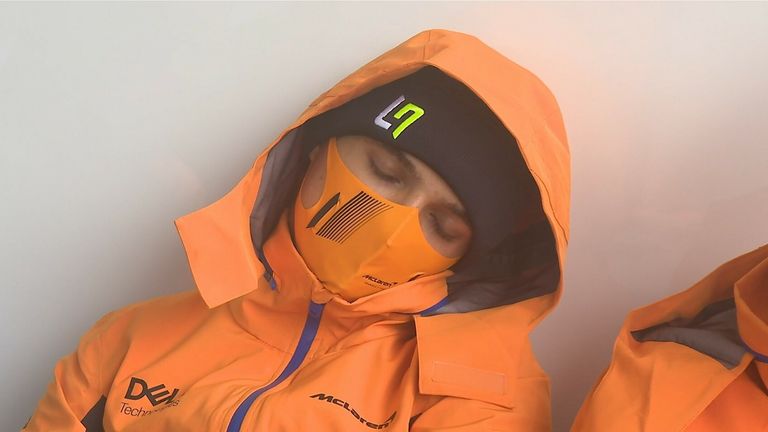 Another complication was the fact the official three-hour 'race clock' started at 2pm, meaning the race effectively had to finish by 5pm. With an hour remaining in that window, F1 stewards stopped that clock to give them a chance of finding a window to fit a one-hour race in.

They tried to do just that at 5.17pm, and drivers returned to the circuit behind the Safety Car again. But the track conditions, and visibility, appeared even worse, with even Verstappen admitting it was too wet.

Verstappen: "It was really tough. How was it for you?"

Norris: "I was catching you!"

After the two laps behind the Safety Car, which meant the final classification would be confirmed with half points scored, F1 race director Michael Masi red-flagged the race again.

Not long after that, there was acceptance that it would not be restarted at all. 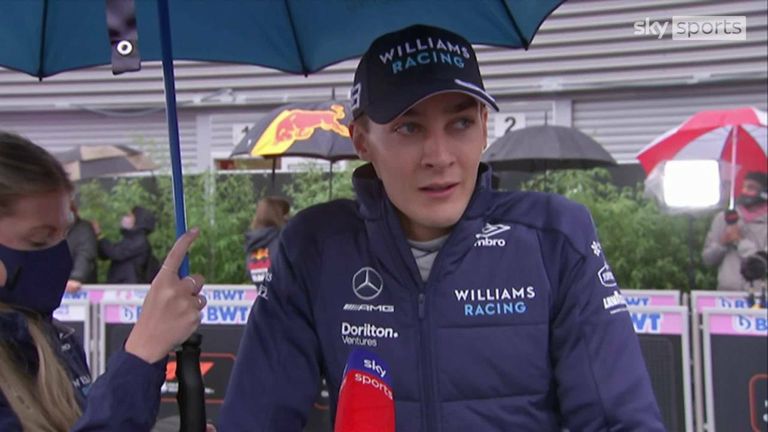 The 2021 season continues (hopefully with a full race this time!) at pace with the return of the Dutch GP next weekend.

The Zandvoort race returns to the calendar for the first time since 1985, and it's set to both be a great race - on a tight and technical track - and a raucous atmosphere due to Verstappen's orange army.

The race is live only on Sky Sports F1 at 2pm on September 5.