Having done my best to deliver some words and explanations in commentary for the French Grand Prix I missed the best part whilst walking into the pits to ready myself to interview the top three drivers.

Or more commonly known as the two Mercedes drivers and the other bloke. Thankfully they were to a large extent much happier than when I had the job in Canada two weeks before.

The action I missed was the great four-way scrap between Lando Norris impressively surviving car issues, with Daniel Ricciardo, Kimi Raikkonen and Nico Hulkenberg pursuing him like the wounded animal he was with ailing hydraulics, and all the ramifications of that in today's F1 cars. Throttle, gearshift, power steering, differential, and drag-reduction rear wing, for example.

Ricciardo without doubt did run all four wheels off the track whilst going around the outside of Norris, and was also rather rude, without even a thought for 'mirror signal manoeuvre' whilst rejoining the particular piece of tarmac defined as the racetrack among the many other zones.

But he wasn't finished yet. As the cunning Kimi R charged past the pair of them, Ricciardo pumped up his Renault motor in the slipstream of the Alfa Romeo and passed him far to the right, which is a zone formerly known as sun-baked gravel. 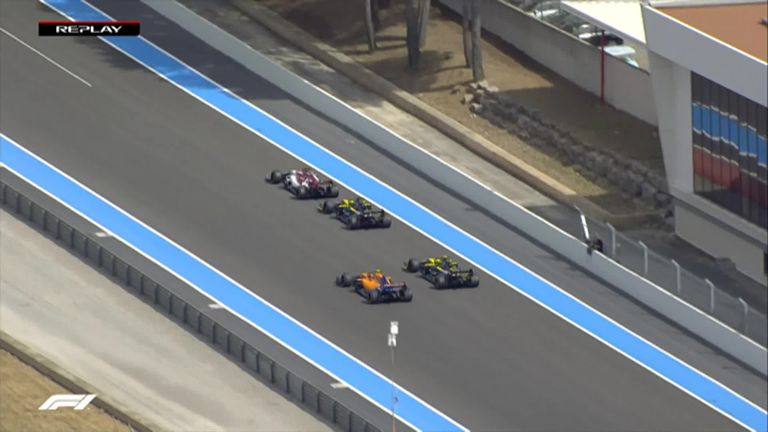 I remember passing Eddie Cheever there long before Norris was born, with my thumb pressed hard on my turbo overboost button of my Tyrrell-Renault turbo. Outrageously risky on my part, but I'm still proud of it today, even though nobody noticed. Or cared, apart from Cheever.

Today it's all immaculately manicured and not defined as race track. And now that the Stewards are bound by regulation and increasing precedent to act more like traffic wardens than referees, Ricciardo was frankly bound to be handed two five-second penalties, and removal from world championship points in 11th.

The problem here is not the drivers but the track, as Sergio Perez found out during the opening lap. He lost the back end in the second chicane and duly took the scenic route around the penalty bollard to rejoin.

This turned out to be faster than the fuel-laden cars cautiously squabbling over track position. Now anybody who has sat deep inside a current F1 car knows that, along with seat belts and HANS neck protection device, peeping over the headrest and trying to work out where you should obliquely slot back into a pack of F1 cars in a hurry is, shall we say, pretty much impossible.

Nevertheless, Perez had gained a lasting advantage of two places, and a temporary five-second penalty until his next pit stop when it could be patiently unwound before work commenced. He needed to have backed off to the position he was when he went off, if he could have remembered in the melee or his team could have seen. Or preferably have stayed on track in the first place. 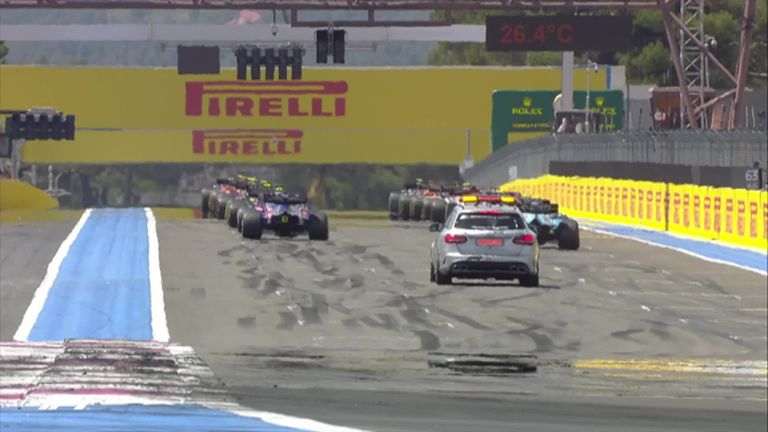 One of the more remarkable yet most annoying facts was that on lap 53 Lewis Hamilton on twenty-nine lap old tyres delivered a time of 1:32.764. On the same lap, on fresh tyres, Sebastian Vettel determinedly stole the fastest lap world championship point with a 1.32.740.

Hamilton and Mercedes are just playing with the opposition like a cat with a ball of wool. I'm not saying it's easy, because F1 is not, but they have reserves of speed yet and we are not seeing-flat out racing.

Which makes it even more painful that Ferrari took many of their updated aero parts off the car because they weren't better. They didn't close the gap to a cruising Mercedes around Paul Ricard. Vettel and Charles Leclerc drove fine races, the latter almost catching Valtteri Bottas on the final lap after the Virtual Safety Car was deployed due to an errant bollard. Which rather sums up the race.

Bottas needs to urgently find that guy with wild eyes who I interviewed as the winner at the end of the Australian Grand Prix, and invite him back into the cockpit. Lewis has the clear upper hand and he hasn't even reached the summer break yet, after which he tends to get really fast.

It was great to see McLaren on such strong form and, just as with Williams, it doesn't seem like proper F1 when they're in the doldrums and populating the rear of the grid. With the right people and a great combo of drivers in place I'm pretty sure McLaren will go from strength to strength over the next couple of years. 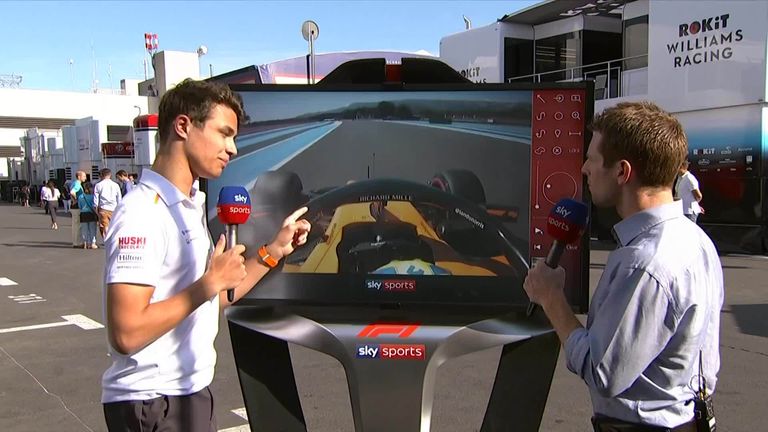 Max Verstappen drove yet another fine if lonely race for Red Bull. They are tantalisingly close to the pace but not close enough to add to our entertainment much. At some point, Verstappen is going to lose patience, but probably not before Red Bull lose theirs with an underperforming Pierre Gasly in the other car.

I've been in Pierre's position up against Schumacher and Hakkinen as team-mates. It's confidence-sapping and nothing seems to fall your way either, creating a spiral of lost confidence. I used to hit rock bottom and rebound nicely 'with nothing to lose' and so must he.

As I've said before, if the race victory and world championship lead was being fought out amongst the midfield we'd all be on the edge of our seats. But it isn't. I've commentated on worse races, but that wasn't great entertainment.

If you read my columns regularly, you will know my thoughts on the future of F1 after the Spanish GP. The drivers do have various portals to feed in opinion and ideas which have always been under-utilised, but Lewis is right, the drivers can't also drive the format, rules, regulations and finances of F1. Others have the resource and empowerment to do that.

Next up is the picturesque Austrian GP which I'm very much looking forward to.