Martin Brundle column: The verdict on British GP and its amazing finish

That was a relatively slow-burn race which literally exploded in the last few laps.

A puncture/front-left tyre failure for both Mercedes meant that one driver's tyre failed with two laps to go on the pit straight meaning a full 3.6-mile lap crawling around for a pitstop to finish out of the points altogether, and the other's failed a third of the way through the final tour and he somehow guided it home to victory by 5.8 seconds. You know how that played out.

We've, to an extent, been here before in 2013 when rear tyres were blowing up at Silverstone. It's a combination of aerodynamic downforce and sheer load on the tyres generated by the incredible full-throttle cornering speeds we see nowadays, along with serrated kerbs and occasional debris such as discarded carbon fibre and gravel, making for a big demand on the tyre's carcass structure and tread compound.

That's why there are strict Pirelli parameters the teams must adhere to. For this Silverstone event the tyre pressures were a minimum of 25psi front and 21psi rear, which is high for an F1 car. The front camber, where the tyres lean in at the top to generate more grip by loading the inside shoulder, was limited to -2.75 degrees.

The front tyres can only be heated in the blankets for up to five hours at 100 degrees celcius, and the rears for five hours at 80 degrees. Tyres cannot be moved from the corner of the car they are designated for.

It's a real and ongoing issue and won't be helped by the plan for softer compounds and what looks like a very hot event anticipated this weekend.

After Daniil Kvyat's sizeable shunt at Maggots, which seemed to me to be clearly a right-rear puncture and AlphaTauri and driver eventually agreed later on, both Mercedes pitted under the safety car on lap 13 along with four others, with nine having pitted on lap 12. This meant they had 39 high-speed laps to the end, which proved too much.

It would be easy to suggest that the Mercedes was simply faster and putting its tyres under more load than the rest of the pack, but Carlos Sainz suffered the same gut-wrenching disappointment in his McLaren too.

There was debris on the track from a front-wing issue for Kimi Raikkonen, Kvyat's high-energy chat with the barriers, and the very early shunt between Alex Albon and Kevin Magnussen.

Kevin had clumped the kerb and run wide, and while he collected that up Alex dived for the inside of the final hard accelerating corner of Club. I would say that's a move where pretty much 100 per cent of the time there would be contact, and not worth the risk because the gap will close. 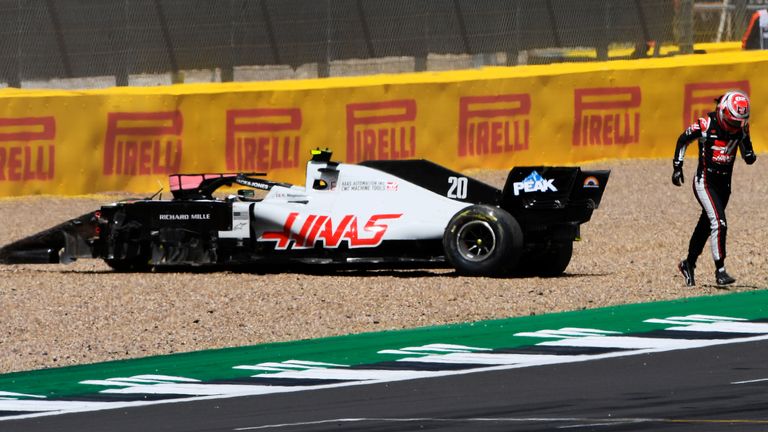 Albon was penalised five seconds but with some great overtakes made his way back through the pack to eighth for some amends.

By lap 11 we only had 17 runners, although they would all make the finish 41 laps later, mostly on four wheels.

There were some great performances by Sainz and Norris in the McLaren, Ricciardo and Ocon for Renault, and Gasly in the Alpha Tauri. And another very fine performance for Charles Leclerc standing up in the seat of the Ferrari and somehow dragging a podium out of it, albeit due to Bottas's misfortune. 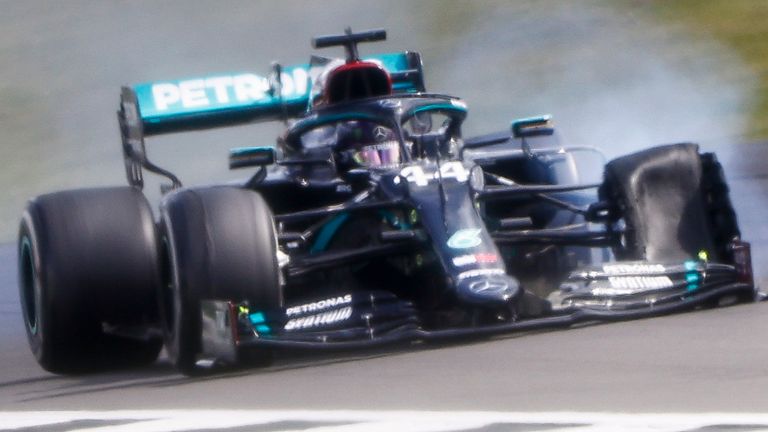 Quite what happened to Seb Vettel is anyone's guess, including his by the sound if it, as he reports that he had no confidence behind the wheel of his unruly Ferrari. He had lots of issues during the two Friday practices but never at any point looked like a top-ten runner until he sneaked 10th at the finish due to the Bottas and Sainz punctures

Poor Nico Hulkenberg went through the whirlwind of suddenly stepping in for the Covid-afflicted Sergio Perez, completing practice and qualifying in assured style for a chance to revive his career, only to non-start because of a rogue clutch bolt making a bid for freedom.

And having topped Friday's second practice session, Lance Stroll struggled for race pace to finish a surprisingly subdued ninth in the car only Mercedes did not fear going into the event.

Which leaves us to talk about the man who could have won the race, Max Verstappen in the Red Bull. Once again he was the only rival driver on the Mercedes radar and ran a very lonely race in third until he could smell the blood, or possibly even burning tyre, of a wounded Mercedes.

But the throw of the dice didn't work for him. Mercedes perhaps surprisingly didn't use their enormous lead to give Hamilton a new set of tyres for the final lap, a luxury they had been given by Red Bull pitting Verstappen a lap earlier for a run at the fastest lap championship point, which he duly achieved.

Red Bull say that his tyres may have failed too on the last lap given their condition, and we'll never know if they could have won the race given Hamilton's last-lap tyre failure. There will always be a sneaking feeling that they could have stolen the top step of the podium.

It was weird and sad to see Silverstone so empty; grandstands, roads, campsites and the pit-straight post-race. In a few days we do it all again under the guise of the 70th anniversary of the first world championship race at Silverstone in 1950, which enjoyed a massive crowd of course.

The Drivers' Championship could have done with Lewis being the Merc not scoring to be frank, and Mercedes have double the points of Red Bull in the Constructors' Championship which already begins to look a forgone conclusion. Let's see what happens this weekend.