"Both drivers aren't there," says Hamilton of Red Bull; Verstappen has six 2020 podiums but Albon has only finished in top four once 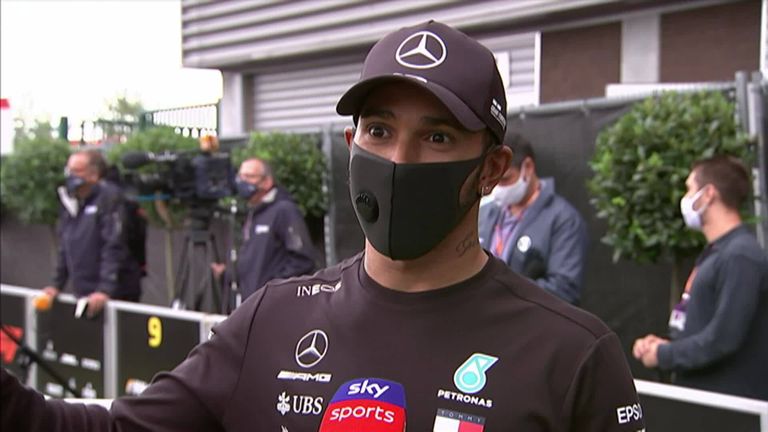 Lewis Hamilton says he wants "more of a fight" in Formula 1 2020 after his latest crushing victory - but claims Max Verstappen is "on his own" in providing it and needs more help from Red Bull team-mate Alex Albon.

Hamilton led from start to finish at the Belgian GP to take his fifth win in seven races this season - moving him 47 points clear in the championship.

Once again, Verstappen was Mercedes' main, and only rival, with the Dutchman securing his sixth consecutive podium in third - but Albon struggled in the other Red Bull, finishing behind both Renaults.

Albon has only finished in the top four once all season - at the Styrian GP after colliding with Hamilton the week before - despite Verstappen's exploits suggesting Red Bull comfortably have the second-fastest car on the grid.

"I think the Red Bulls have got a very good car," Hamilton told Sky F1's Rachel Brookes. "People downplay it but they've got a very, very strong car and Max is doing a great job with it.

"Unfortunately, both drivers aren't there like me and Valtteri are there.

"That makes it harder for them. I experienced it many years ago with McLaren and I was the driver that was always at the front and didn't have a team-mate backing up so you equally don't get the constructors' points, and then can't play with strategy on the cars they are racing against.

Red Bull have continued to back Albon, swapping his race engineer in a bid to improve his form, and Verstappen too has praised his team-mate in recent weeks. 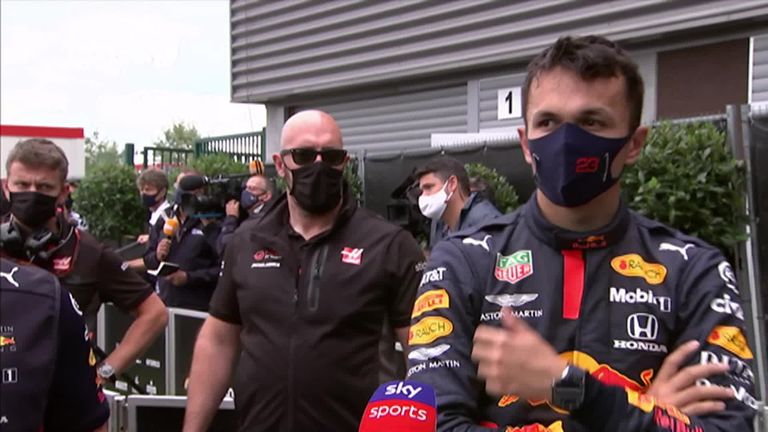 "He's got a point," said Sky F1's Karun Chandhok. "Strategic battles, you want the second car within the pit-stop window of the opposition. That wasn't the case today."

Paul Di Resta added: "That could have been the difference today. If you had another car behind Max, you could have made Mercedes uncomfortable. That's where two cars versus one makes a big difference."

Hamilton's tyre plea for 'more of a fight'

Hamilton said tyre-management also could have brought other teams into play.

"And then at the end of the day it's tyres," he explained. "One-stopping really is boring. We're all managing out there and it's not racing. We're all backing off at the end and we have no idea what they're going to do.

"I was worried it was going to be another Silverstone so I backed off. Maybe it would have been fine but I just can't take that risk.

"Of course I would like to have more of a fight, but that's not on me."

Hamilton has admitted he was nervous about a tyre-drama repeat at the end of his brilliant drive, with the Englishman described as "faultless" and in a "league of his own" after cruising to victory.

Hamilton quelled slipstream-aided attacks at the start of the race and after the Safety Car restart to back up his dominant qualifying with a typically-controlled race win - now within two of Micael Schumacher's all-time record. 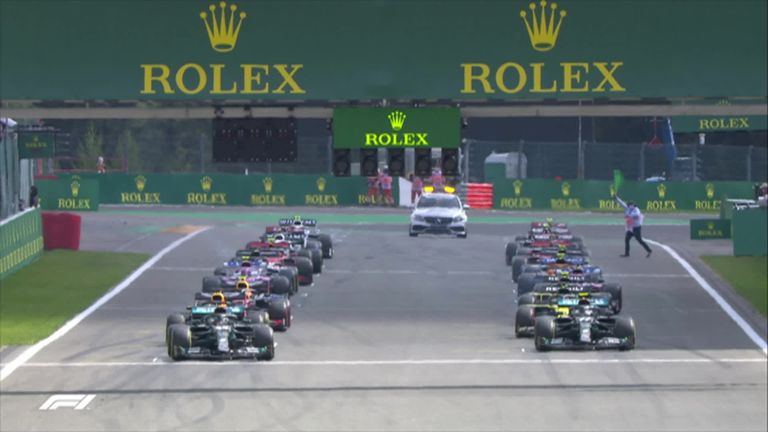 But that didn't mean Hamilton - who once again performed the 'Wakanda' salute in tribute to actor Chadwick Boseman - wasn't faced with challenges; one of many drivers worried about their tyres following a long stint.

Hamilton's fears were particularly fresh after his tyre puncture at the 70th Anniversary GP earlier in August.

"It wasn't the easiest of races," said Hamilton. "It was a bit of a struggle. I was nervous we'd have another situation like Silverstone!"

Mercedes team boss Toto Wolff added: "There was a bit of sweat at the end because of the tyres."

Chandhok was particularly impressed by Hamilton, stating: "Just dominant. Lewis was in a league of his own and Valtteri just had no real challenge to him. Yesterday in qualifying, half a second down. And today... as soon as Lewis got to Les Combes in the lead it was game over.

"We run out of superlatives for the performances Lewis just keeps on delivering. You've got to take your hat off to him."