Lewis Hamilton, fresh from winning his ninth race of the season to move to the brink of a seventh world title, caused something of a stir at Imola on Sunday evening when he unexpectedly suggested there was "no guarantee" he would still be in Formula 1 in 2021.

Yet at the same time, Mercedes' star driver also reiterated what he has otherwise generally stated in similar ways for months: "I would like to be here next year."

The likelihood remains that Hamilton will sign a new Mercedes deal to stay on the grid and Toto Wolff, the world champion's team boss and confidant, said on Sunday he doesn't envisage the 35-year-old walking away from the sport at the end of next month.

But what's behind the unusually-long wait to get to the negotiating table? We look at the story so far... 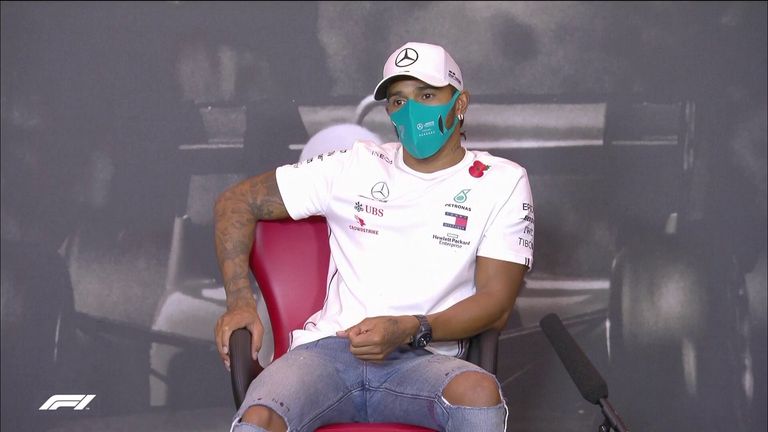 Hamilton's current two-year Mercedes deal, which he signed back in July 2018, expires at the end of December.

That means he's out of contract in just eight weeks' time, an unprecedented situation in Hamilton's F1 career so late in a season.

What have Hamilton and Mercedes said about it?

In a joint-interview with Sky Sports F1's Martin Brundle back in February when the world was a very different place, Hamilton and Wolff reminisced about their last contract negotiations in 2018. The discussions took place in Hamilton's Monaco apartment and lasted 10 hours as they thrashed out terms on this existing deal over pizza.

But any repeat of such an informal yet intense face-to-face negotiation this time has been complicated by the impact and restrictions of the coronavirus pandemic.

Contract renewals were naturally not the top priority during the spring lockdown and, speaking in an interview with Karun Chandhok at Silverstone in August once the season had got going, Hamilton said that he felt uncomfortable about the prospect of discussing a new deal amid a pandemic that was having such a devastating impact on livelihoods around the world.

Both sides have since cited the rapid-fire nature of the shortened season as making it difficult to find sufficient time for talks. The opening nine races took place in the space of 11 weeks, although the schedule has normalised a little since then.

In any case, with Hamilton and team-mate Valtteri Bottas living what Wolff has described as "hermit" like lifestyles out of the car to ensure they limit potential exposure to Covid-19 as much as possible, in-person meetings have become anything but the norm. 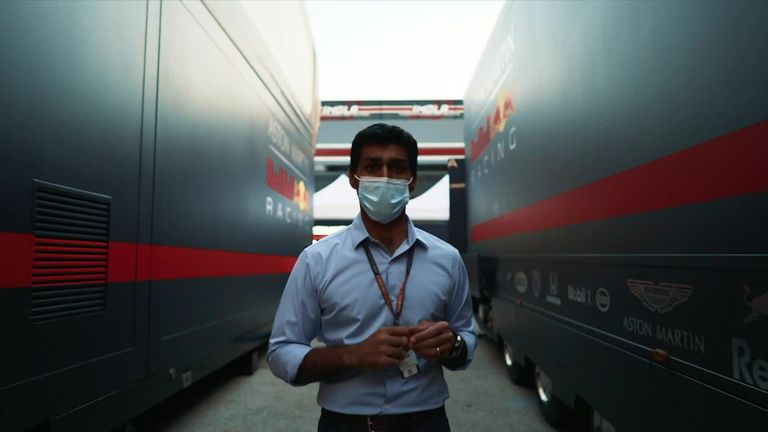 There have been world tiles to win too, of course,

Mercedes clinched a record seventh constructors' championship in Italy on Sunday, but Hamilton is still at least one more race away from closing out a record-equalling seventh drivers crown to tie F1's biggest record.

His first chance of doing so comes at the Turkish GP on November 15, after which three rounds remain until December 13 in Abu Dhabi.

At the Portuguese GP little over a week ago, Hamilton said of his Mercedes future: "I definitely don't think it's over. I want to continue.

"I think once we get the job done and the stress of the bubble and everything passes on, we can get to whatever comfortable or uncomfortable position we need to be in and we'll get it done so we can continue." 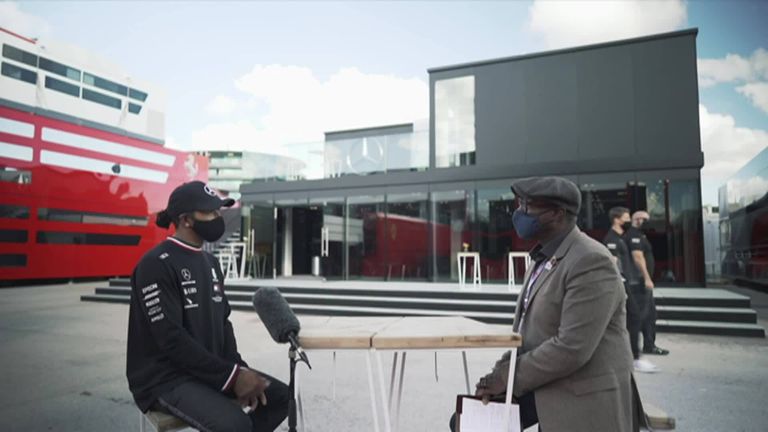 Turning 36 in January and approaching the end of his 14th season in F1, Hamilton's next deal in the sport could conceivably be his last and so it's understandable if he is taking time to weigh up and decide on what he wants from the next few years as part of any new agreement. He has certainly intimated as much.

Any multi-year deal would also take Hamilton into F1's new era of regulations from 2022 designed to close up the field, another factor to consider.

Hamilton told Sky Sports at Portimao that "I don't think I'm at my peak" and that "I still want to continue to race but I don't know how much longer it will be".

"All I can say is that I plan to be here next year."

What impact is the wait to learn about Wolff's future having? 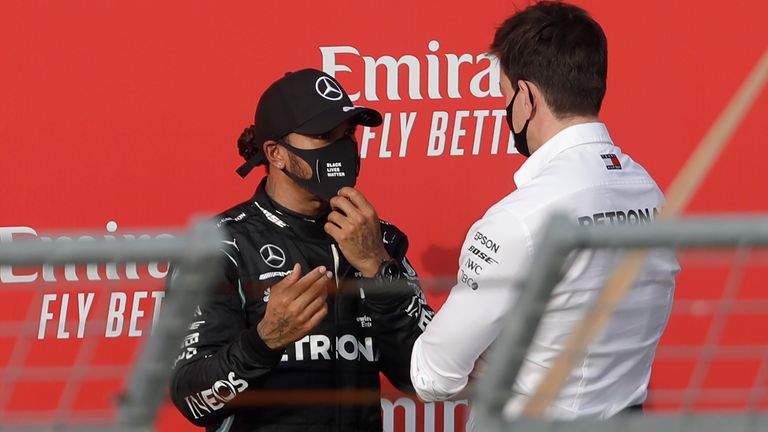 Rather like the way in which Michael Schumacher's career and success became so closely linked with Ross Brawn and Jean Todt, Hamilton and Wolff have established themselves one of the most famous driver-team boss double-acts in the sport's history.

Wolff, who oversaw his 100th victory as team principal on Sunday, has been evaluating his own future this year and it appears set to culminate in him taking on a revised role within a Mercedes team he co-owns, with the Austrian mentioning potential titles as such executive chairman.

"I believe everyone has a certain shelf-life in a role and I haven't come to the end of mine," said Wolff on Sunday, who also disclosed that he felt "rejuvenated" this season since lockdown and that he would certainly not be walking away from the Brackley team altogether.

"I think I can still contribute but I need to think about the future moving forward.

"Bringing somebody up, developing him doing this role, is something that is a fantastic challenge for me and that will be one of the next chapters. But you will see me around for a while."

As Wolff and Mercedes know only too well after the sudden retirement of Nico Rosberg fresh from winning the world title (and four months after signing a new contract) in 2016, you can never be totally sure of anything in Formula 1.

But it seems implausible that this will result in the same bombshell outcome. Particularly as both Hamilton and Mercedes, who have each stressed their loyalty to each other, are re-writing the record books all the time. This season, despite all of its complexities, has shown that the winning juggernaut is arguably more formidable than ever.

As Wolff remarked in the wake of the six-time champion's cryptic comments on Sunday night: "We want to continue this journey.

"Lewis and I and all the team, we're not finished."

Mercedes' long-suffering rivals, you suspect, know that too amid the expectation that Hamilton will still at the wheel for the world champions in 2021 to spearhead a search for an astounding eighth championship double in a row.