Lewis Hamilton speaks to the media for the first time since losing title in Abu Dhabi and admits events have "replayed in my mind"; Hamilton also says he never thought of retiring, that he welcomes the FIA's decision to replace Michael Masi, and that he has "no issues" with Max Verstappen 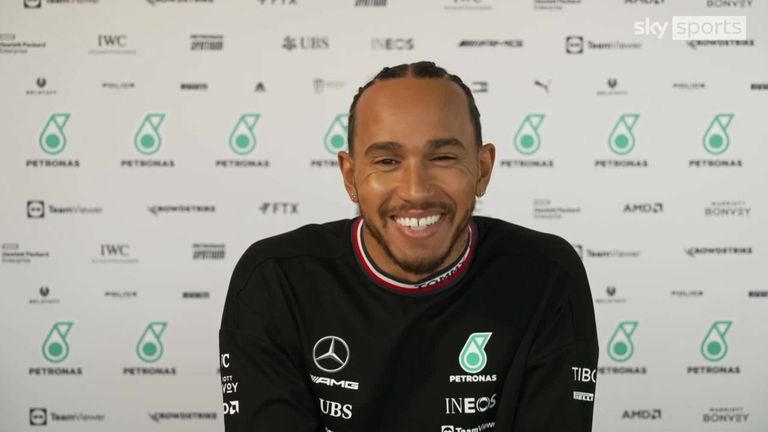 Lewis Hamilton has finally spoken in depth about his controversial title defeat to Max Verstappen last season, admitting he "lost faith in the system" and that the events of Abu Dhabi have "replayed in my mind" - but insists that he "refuses to let this define" his Formula 1 career.

Promising a strong comeback on the day his presence on the 2022 grid with Mercedes was confirmed, Hamilton also vowed: "If you think what you saw at the end of last year was my best, wait until you see this year."

Hamilton, speaking to the media for the first time since the agony of the Abu Dhabi GP decider more than two months ago, said he had "unplugged and switched off" but the title loss was "still difficult to fully understand", with Verstappen having passed him on the final lap after championship-altering decisions from race director Michael Masi. 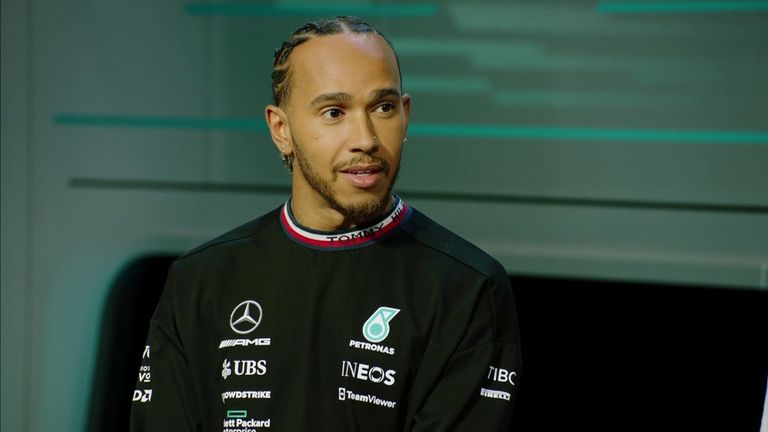 "I absolutely didn't watch the race [back]," Hamilton, calm and composed but obviously still hurting from last December, said on Friday. "It was something that I was very clear in mind, the experience.

"And of course it replayed in my mind quite a lot in the coming weeks after the race.

"I don't remember what I said to Max, it's all a bit of a blur. I've not revisited it, I don't particularly want to look backwards, I want to go forwards." 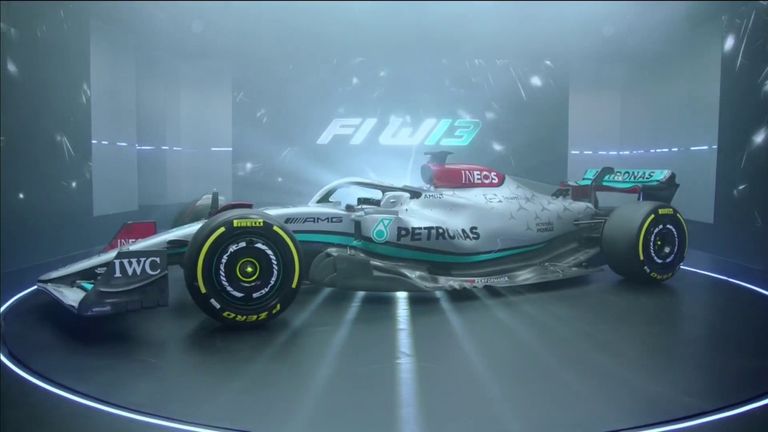 During his time out of the public eye, there were fears Hamilton may retire from F1 after being denied a record eighth world title.

Hamilton admitted: "I think ultimately a sport that I've loved my whole life, there was a moment where I lost a little bit of faith within the system."

But Hamilton also stressed that he hadn't thought of walking away. and that the 2021 Abu Dhabi GP wouldn't define him.

"Of course I think at the end of seasons, the question is whether you're willing to commit the time, the effort, that it takes to be a world champion," Hamilton, who has two years remaining on his Mercedes contract, explained.

"I think a lot of people underestimate what it takes to be a world champion. There are so many moving parts, it's not just turning up and driving the car.

"The question is, do you want to sacrifice the time? Do you believe you can continue to punch at the weight that you're punching? And so that's a normal mental process for me.

"But of course this one was compounded by a significant factor.

"But I'm generally a very determined person and I'd like to think that whilst moments like this define other's careers, I refuse to let this define mine. And so I'm focused on being the best I can be and coming back stronger."

Hamilton was speaking to the written press just a day after the FIA revealed its first changes as a result of an Abu Dhabi inquiry, with Masi - whose late Safety Car decision opened the door for Verstappen to overtake Hamilton - to be replaced as race director.

There will now be two rotating race directors, supported by a virtual race control room. 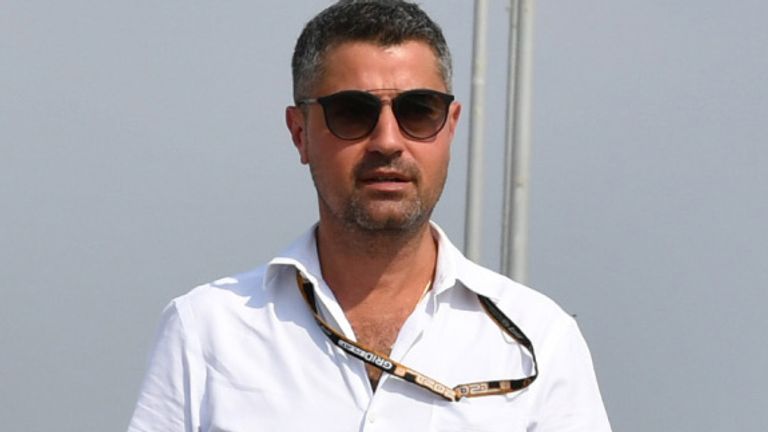 Hamilton said he welcomed the news, wanting F1's governing body to make sure what he's gone through "never happens to anybody else ever again".

"Whilst we can't change the past and nothing will ever really be able to change the way of how I felt at the time and how I feel about the situation, it's good to see the FIA are taking steps to make improvements," said Hamilton.

"I think accountability is key and we have to use this moment to make sure this never happens to anybody else in the sport ever again.

"Everything that's been said by the FIA yesterday, I welcome that. But we have to make sure we are actually seeing those changes and rules are applied fairly, accurately and consistently." 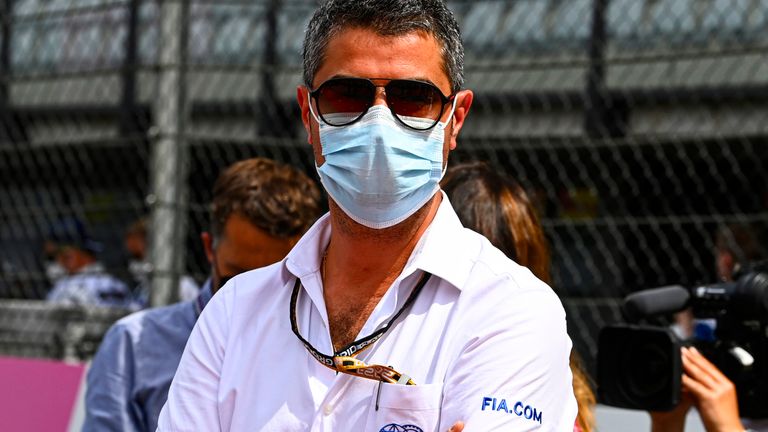 Hamilton also said it will take time for the sport to regain his trust.

"I probably put faith and trust alongside each other," he stated. "Trust obviously can be lost in a blink of an eye. To earn trust is something that's built over a long long period of time.

"Whilst I didn't see [Abu Dhabi] coming, this first announcement is perhaps the first step of that but that doesn't necessarily change everything just yet. We have to see actual action and I think it will take a bit of time."

Hamilton also insisted his dismay from Abu Dhabi has "nothing to do" with Verstappen, who he fiercely battled for the title all season.

"Max did everything a driver would do given the opportunity he was given," said Hamilton. "He's a great competitor and we will go into another battle like we did last year and we'll obviously grow from our races and experiences we had last year through the season. 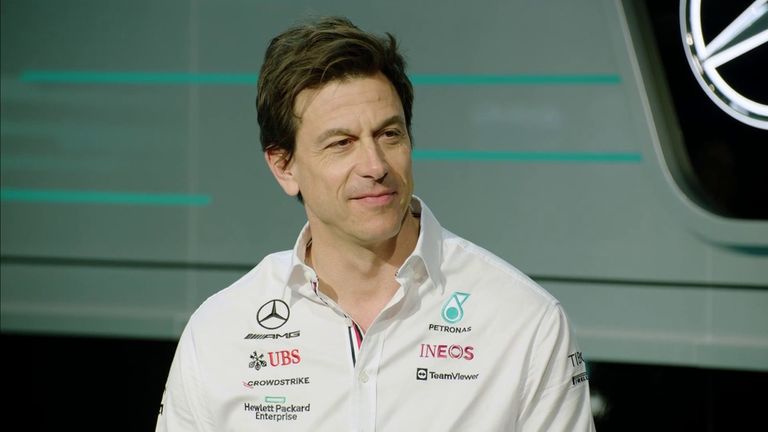 "No issues with him, I don't hold any grudges with anybody. I don't think that's a good thing to carry around with you.

"I move forwards, I don't dwell on the past and I feel fresh, I feel centred and fully focused. I don't have anything on my shoulders holding me back. Not that I did last year, but I'm not letting that [Abu Dhabi] experience be one of those."

In a warning to his rivals, Hamilton says he is putting the painful experience solely into delivering this season - with 2022's rules reset set to shake up the sport.

"I'm just putting every bit of ounce and energy, into making sure I'm the best you've ever seen," said Hamilton.

"If you think what you saw at the end of last year was my best, wait until you see this year."

Mercedes launched their W13 car on Friday, with the first pre-season test in Barcelona starting on February 23. The season then gets under way - after another three-day test - with the Bahrain GP on March 20.