"After I hit the wall I thought that was it"; Verstappen and Red Bull on a big recovery, before and during Hungarian GP 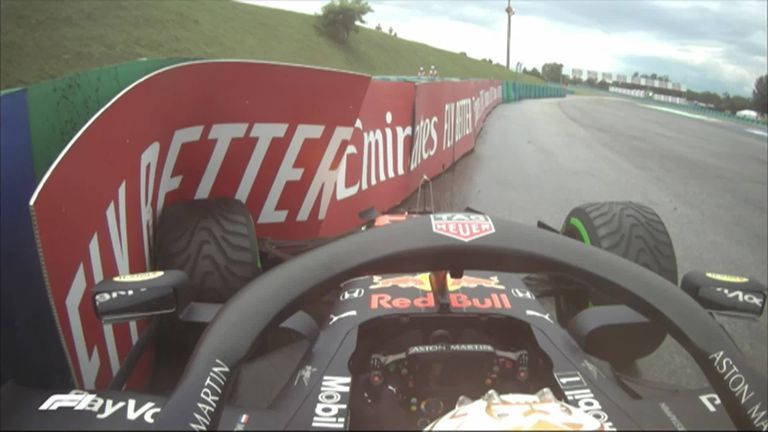 Max Verstappen admitted second place at the Hungarian GP felt "like a victory" after a dramatic pre-race crash left him fearing he would not even get to start.

Red Bull mechanics were forced into a desperate rescue job on Verstappen's car minutes before the race after the Dutchman, in slippery conditions at the Hungaroring, hit the barriers on his parade lap on the way to the starting grid, heavily damaging his front wing and suspension.

But somehow, the team got the RB16 fixed in time for the formation lap and start - by just 25 seconds, according to Red Bull boss Christian Horner.

And the recovery job was then completed in style as Verstappen enjoyed a storming start from seventh on the grid, and then held off Valtteri Bottas in a dominant Mercedes to seal second behind Lewis Hamilton.

"It was incredible to even start the race," Verstappen told Sky F1.

"After I hit the wall I thought that was it. To get out there, we had a really good start, and come home in second was like a victory for us. I definitely didn't expect to be second today." 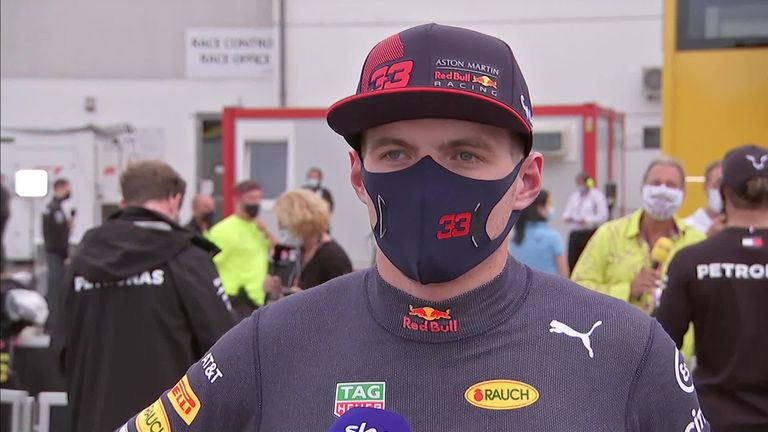 He added: "It was not how I wanted in the beginning of course, ending up in the barriers, a bit of a lack of grip - but the mechanics did an amazing job to fix the car. I don't know how they did it, incredible.

"Everything was working as normal.

"To pay them back with the second place, I'm very pleased with that.

"We just kept doing our own thing and of course splitting the Mercedes is good for us." 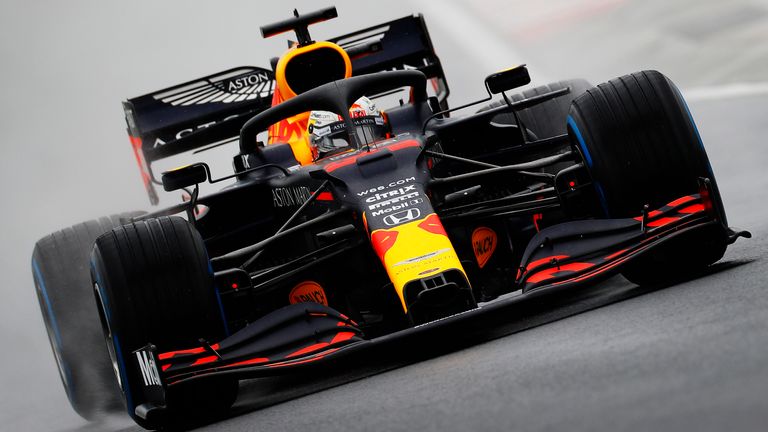 The parade lap is usually a simple task for drivers as they make their way to the starting grid, but the slippery conditions on intermediate tyres saw Verstappen go off "three times" according to Horner, and then into the barriers at Turn 12.

"Max redeemed himself," Horner told Sky F1, before expanding on the incident.

"We made a late call after he managed to reverse it out [of the barriers] to say drive it to the grid. He was going to come into the pits because he thought it was all over but we could see from the TV that it was mainly the push-rod and the track-rod.

"All the boys have done an amazing job today to get that turned around in 20 minutes, it's something that would usually get done in an hour and a half."