Max Verstappen is "setting new standards every day" in his quest to become Formula 1 world champion for the first time, according to Dutch GP boss and former driver Jan Lammers, but will still be very aware that nothing is won yet.

The Dutch driver increased his championship lead over Lewis Hamilton to 19 points with a dominant victory in Mexico City on Sunday with four races of the season to go.

Racing in his seventh season of F1 but still only 24 years old, Verstappen has long been regarded as a prodigious talent and countryman Lammers feels that the Red Bull driver is on a path to becoming more than simply a sporting great in his own country.

"We're extremely proud of him with what he's doing. 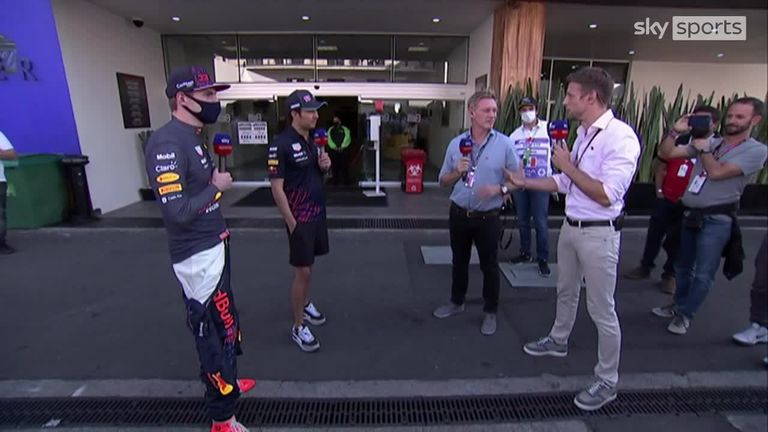 "He could definitely be up there but I'm sure Max's aim is not to be the best in Dutch perspective, I'm sure that he aims higher.

"I'm sure he's judging on a world scale to be one of the all-time best. He has heavy shoes to fill if you see what Lewis has done with his seven championships and what Michael Schumacher, Fangio and Senna and all those drivers have done.

"I'm sure he has a lot in mind to [achieve] but he has already been doing this for more than 20 years now. So he's a veteran at such a young age. But let's see, I'd love to make up the score when he's around 30 [years old]."

Lammers admitted there was growing excitement in the Netherlands at the prospect of their first F1 world champion - but he stressed that both Verstappen and Red Bull will remain focused on taking one race at a time.

Verstappen's dominant win in Mexico means he has now won half of the season's grands prix, nine of 18, whereas Hamilton has taken five, just two of which have come in the last 14 events.

Only Hamilton in the sport's history has ever won at least nine races in a season (10 in 2016) and not become world champion but Lammers cautioned: "I wouldn't jump to conclusions because we know how easily it can go wrong.

"We saw [in Mexico] with Valtteri [Bottas] how simply it can go wrong. It just needs to have one wheel be stuck at a pit stop. We have seen many championships just go up in air with trivial things.

"So I'm sure at Red Bull and particularly Max it's all just focused forward and they won't pop the cork until it's relevant.

"For now it's looking fantastic. It's hard to realise that Max won nine grands prix this year and Lewis only five, so that goes to show how realistic it is. But we still have to do it."

Lammers, whose final race in F1 in 1992 contained a grid including Nigel Mansell, Ayrton Senna and a young Michael Schumacher, said it was great for the sport to have such a blockbuster title fight on its hands.

"For me Max Verstappen doesn't have to win the world championship to prove to be that he's something very exceptional," he said. "But, at the same time, we've seen Lewis do fantastic things.

"It's great to have those two drivers fight it out all the way to the end."

Verstappen has established a large fanbase and, having had to travel to other European races to show their support in the past, the Dutch fans were able to finally cheer on their countryman at their own event this year, as the Dutch GP returned to Zandvoort amid a carnival-like atmosphere at in September.

Covid-19 restrictions meant a reduced capacity crowd of 70,000 could attend this time but Lammers, the event's sporting director, underlined the huge interest in the race and expressed hope they can stage an even bigger event in 2022.

Asked how many tickets he reckoned they could sell if capacity was not an issue, Lammers said: "Last year we already had the indication that we could sell around a million tickets! But I mean if he wins the world championship I don't know where the limit is.

"What is happening to Holland is hard to really realise. But we take it; it's fantastic. The audience, the drivers and the teams gave us a fantastic show in Zandvoort.

"We'd love to double up on that for next year with also our Dutch artists and to have the podium to really celebrate the festival that we had in mind for this year."