Nikita Mazepin, who is third in Formula 2, signs multi-year deal with Haas team; Romain Grosjean and Kevin Magnussen leaving at end of 2020; Mick Schumacher set to join Mazepin once F2 season is over

Haas have confirmed the first of their drivers for the 2021 Formula 1 season, with Nikita Mazepin signing a multi-year deal with the US team.

Mazepin, third in the Formula 2 standings, is expected to be joined by Mick Schumacher, the leader of the championship ahead of the final round in Bahrain this weekend, although Haas are waiting for their next announcement.

Haas, who are ninth in the championship after another tough season, are going young with their driver line-up for next year having had Romain Grosjean and Kevin Magnussen in their cars since 2017.

Mazepin, the Russian 21-year-old, has had F1 tests in the past with Mercedes and Racing Point, while he finished 2nd in the 2018 GP3 series before two seasons in F2.

"Becoming a Formula 1 driver is a lifelong dream come true for me," said Mazepin. "I really appreciate the trust being put in me by Gene Haas, Guenther Steiner, and the whole of the team.

"They're giving a young driver an opportunity and I thank them for that. I'm looking forward to starting our relationship together, both on and off the track, and I'm naturally keen to continue to demonstrate my abilities after a strong Formula 2 season."

Team boss Gunther Steiner added: "I'm excited to see what Nikita can achieve in Formula 1 and we look forward to giving him the opportunity to compete at the highest level of world motorsport."

Only three drivers have driven for Haas since their debut F1 season in 2016, with Grosjean - who escaped with minor burns after a horrific crash last weekend in Bahrain - having started with the team on their journey with Esteban Gutierrez before Magnussen's arrival. 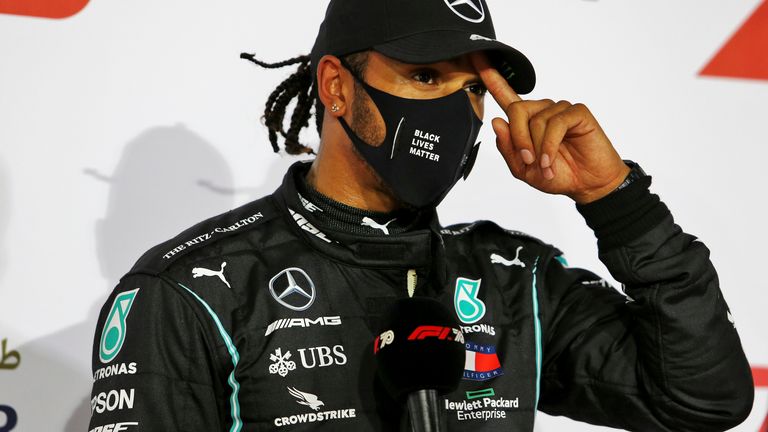 Mazepin will race for Haas into the next F1 era in 2022 and possibly beyond, with Schumacher set to partner him.

Schumacher, the son of F1 legend and seven-time champion Michael Schumacher, leads Callum Ilott by 14 points heading into the final two races at the Sakhir GP.

Ilott, another Ferrari-backed youngster, has already confirmed that he won't be on the F1 grid next year.