"It happens a lot with him, so I just need to stay away," says Norris after Stroll collision at the Portuguese GP; Norris finished 13th 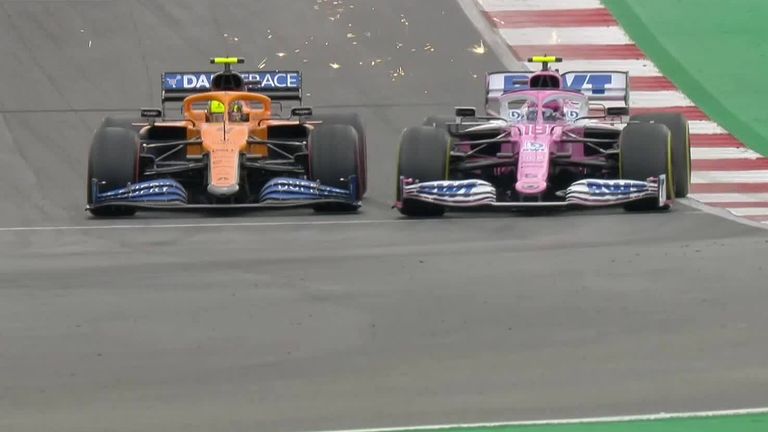 Lando Norris has delivered a scathing assessment of Lance Stroll after their coming together at the Portuguese GP, insisting the Racing Point driver "crashes a lot" and vowing to "stay away" from him in future races.

Stroll and Norris made contact on Lap 17 when the Canadian attempted a risky move around the outside into Turn One, turning into his midfield rival and spinning off the track. He received a five-second penalty for the incident, and later picked up another for track limits before retiring the car.

Norris also picked up damage, and eventually finished 13th and outside the points in the McLaren. The young Briton criticised Stroll, who also collided into Verstappen at the same corner during Friday practice at Portimao, and claimed he "doesn't learn from anything he does".

"I don't know what he was doing really," said Norris. "He went to the left which I was quite surprised by, when he very easily could have gone to the inside. I was easily halfway alongside and he just turned in.

"He obviously didn't learn from Friday but he doesn't seem to learn from anything he does. It happens a lot with him, so I just need to stay away."

A frustrated Norris added: "It wasn't a nice battle. I don't know what I'm meant to say... he crashes a lot. 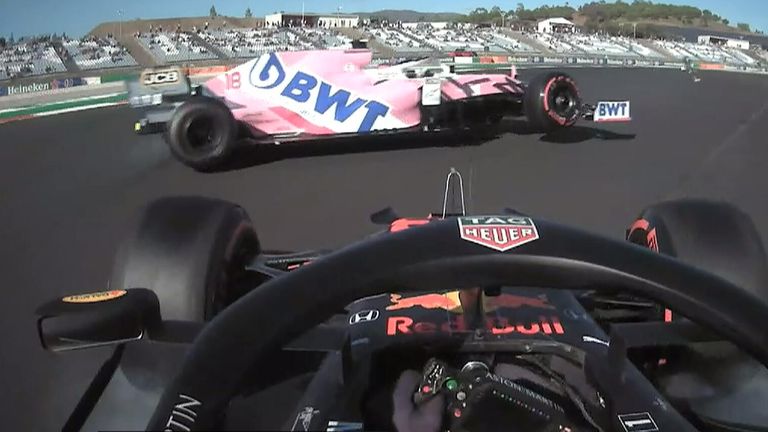 "I don't know if he can't see properly in the right side or something. He ruined his own race, he ruined my race, it was his fault."

Norris believes McLaren could have scored "good points" on Sunday - Carlos Sainz was sixth in the other car - and insisted Stroll "didn't need to risk what he did" as he was "much quicker" in what was a battle for seventh.

Speaking to Sky F1 immediately after his race DNF, Stroll said he hadn't seen the replay but that he felt Norris' positioning was "a bit awkward". Team boss Otmar Szafnauer also felt Stroll's penalty was harsh.

"I just went around the outside," said Stroll. "It was a bit awkward as he was kind of in the middle of the track and I wasn't sure if he was going to go to the inside or stay on the line."

He continued: "I had to make a split-second decision and I was on the outside over the kerb. From there I just turned into the corner and I guess there wasn't enough room for both of us, so that was that."